Lovely day on Sunday. Peter drove me to the Quaker meeting, where I stated my affirmation to Kingsley, who loved it. I left early, walked to the station, and took the train for St Albans. I asked the ticket collector where the Thameslink train went from, and the man beside me answered. So I commented on the blurb on his book, and we were away. Sometimes people want to talk as much as I do.

He told me how much he liked books from the 1930s- this one is a reprint from the British Library- because of their innocence, and recommended one to me. Then he told me how he had grown up in Nottingham, gone to Brighton to University and stayed there ever since. However Nottingham was his roots, and Brighton could be a bit up itself. Nottingham is a vibrant city. He wanted to move back. That is so personal! People cry out for connection!

Suzy invited me a week ago, but I missed it somehow. I heard on Saturday evening. She picked me up at the station, and five of us ate together. It was relaxed and loving, and we might have known each other for years rather than met less than four weeks ago.

One of us (note the delicacy and inspecificity here) told us he would confront a demon the next day. In me, it would be my “What would people think?” demon, but in him I think it is one of shame. “Others will judge you” says the demon, “and they’re right!” “Rubbish!” says the man, and all other people with any empathy say, “Well done. Yes, I see your hurt. It is nothing to be ashamed about.” Not hiding, he will have been far more comfortable. He confronted it successfully. Triumphantly, even. I can see this with his demon, so much more clearly than with my own!

Ed- now I am specific and indelicate- continues to fight pointless battles he cannot win. He irked me on the first day of Essence by telling me that criminal defence lawyers “had to have flexible morals” in order to get criminals off- and on Saturday he had “got himself up to look like a penguin” for a singles night, and irritated a solicitor with the same argument. He put it to us on Sunday. He also told a property developer that she was profiteering off the suffering of rent-payers. They have not given him their phone numbers. “But how can I see a lawyer, and not say that?” he asked, bewilderedly. “Any working class person would admit it, but middle class people always weasel round it.”

Something he said on the Essence course- here there is clear confidentiality- made me think he might be ready for useful change. I discussed him on Saturday night with someone who thought he was just too comfortable as he is. Perhaps we should have a bet.

We sang Christmas carols before the Quaker meeting, and I decided: my baritone is my singing voice. My counter-tenor is just too reedy, quiet and wavering between sharp and flat. And nothing about me is more obviously trans. Suzy had two tickets for the Cathedral carol service, could not go, and I did not want to go alone because of this. In the candlelight, the cathedral is beautiful, transcending its gauche, asymmetrical mixture of Romanesque and Gothic. We had to sit there for an hour before the service started, it fills up so quickly. 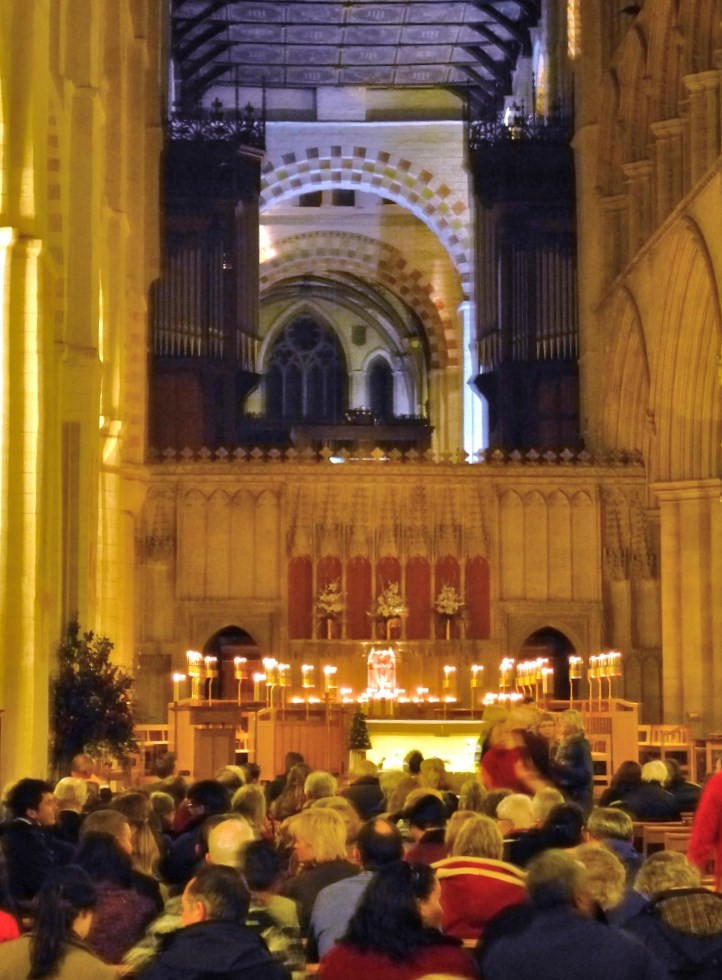 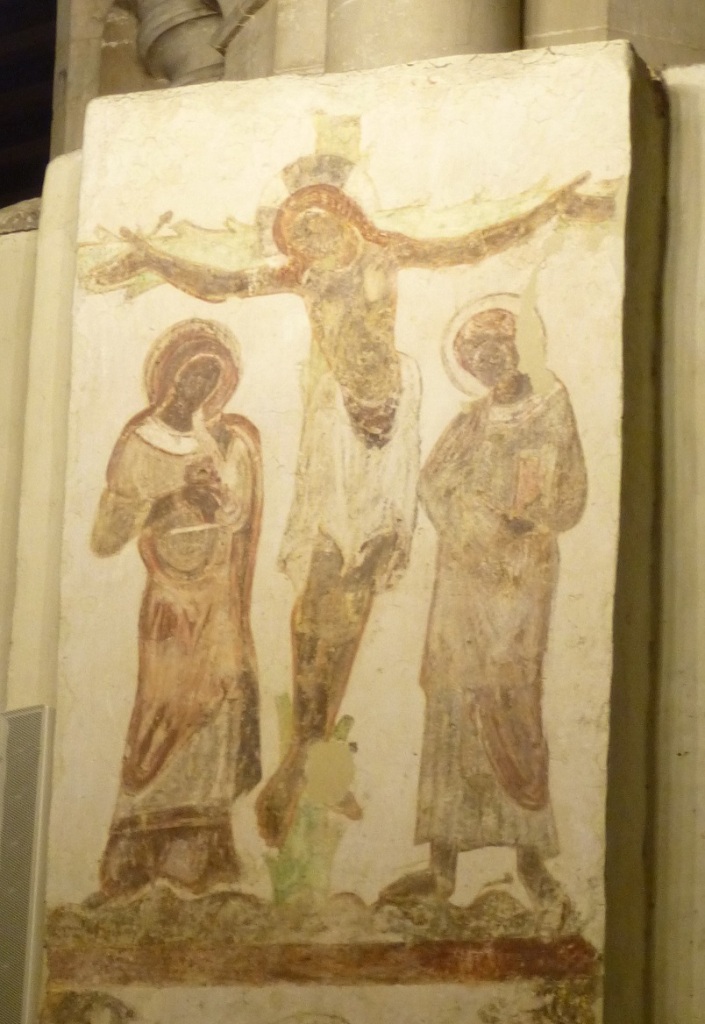 That picture, I said to the man beside me: is it pre-Reformation, rescued from under whitewash, or modern? He thought pre-Reformation, but did not want to engage further. I loved the service. Oh! That bit’s Stainer!

Ed hated it, he told me after. He had been gritting his teeth, wanting to set light to my service leaflet with his candle. Ooh look, a Bishop! He’s got a funny hat and everything, I said- do you want to shake his hand? Ed did not, I did, perfunctorily. So I saw Ed’s sweet generosity and good humour, which if that lawyer or property developer had seen they would have been falling over themselves. He drove me to the station, and I got a late train home.