The boat was on a mooring. I rowed out to it, cast off, and pulled up the sails.

This was the first time I had done this by myself, and I nearly capsized. I scrambled over to the port side, and nearly capsized the other way. On an even keel, with the sails pulling, I found myself sailing towards the rocks- so I went about, turning just before I hit them, and felt the most glorious adrenalin surge.

With my father, I lay in the boat, in the sun, with almost no swell on the loch. Just after lunch, I looked over the side, and saw two jellyfish. Their crowns were separate, their tentacles intertwined, floating horizontally together, and they were beautiful. Then we drifted home mostly on the tide.

These photographs were taken just before Dad moved to Linlithgow, and two taken at the same time hang in my father’s bedroom. I resent all those photographs of his wife’s descendants, littering the living room, and not one of me. Then he has photographs of me presenting male- What? 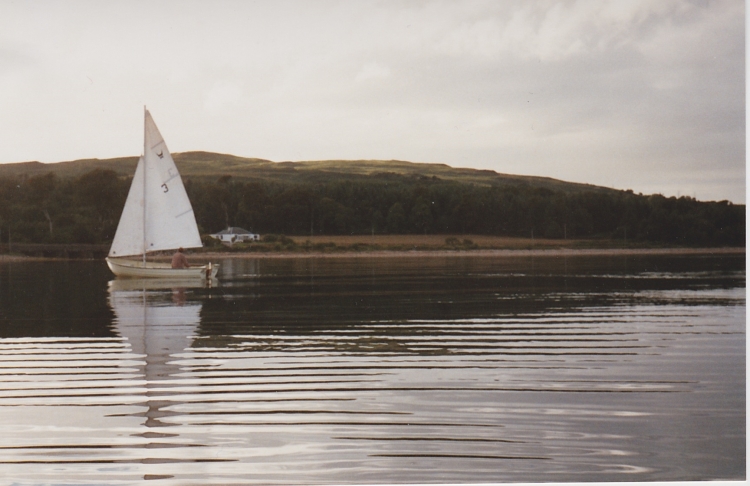