Omphale the Queen subdues Hercules the hero, forcing him to take up her distaff, a tool for spinning thread and symbol of feminine labour. Often, she is shown holding his club. It is a legend artists return to over the centuries. 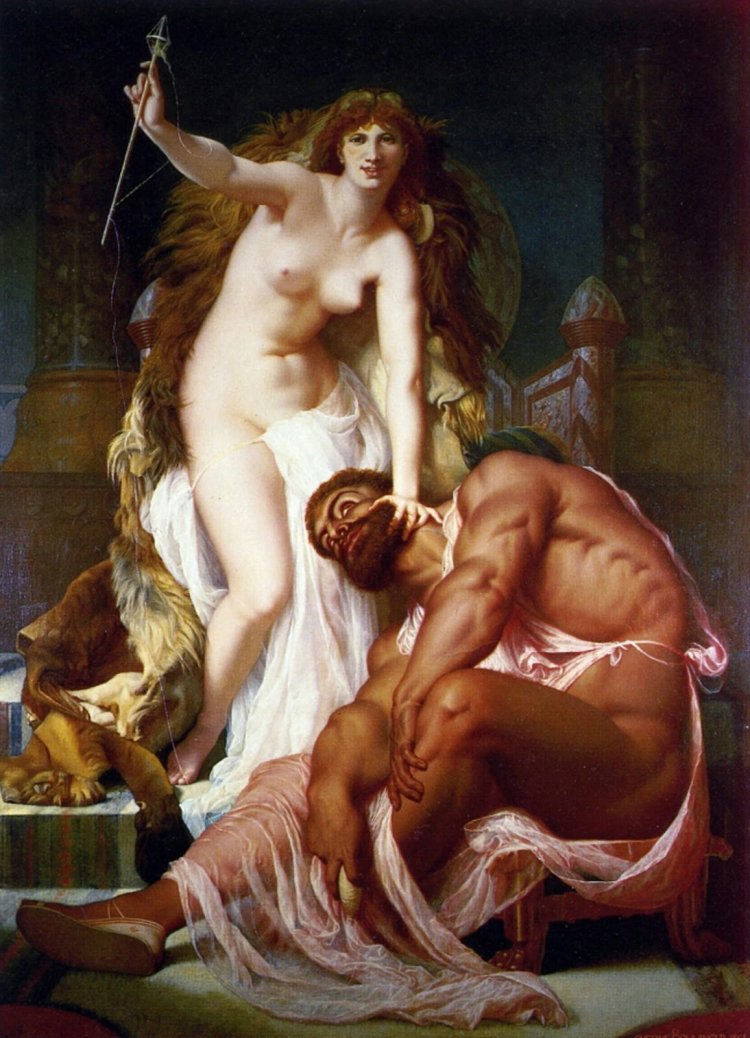 Here she holds him by the neck as he cowers, draped in pink. Boulanger, France, 19th century. 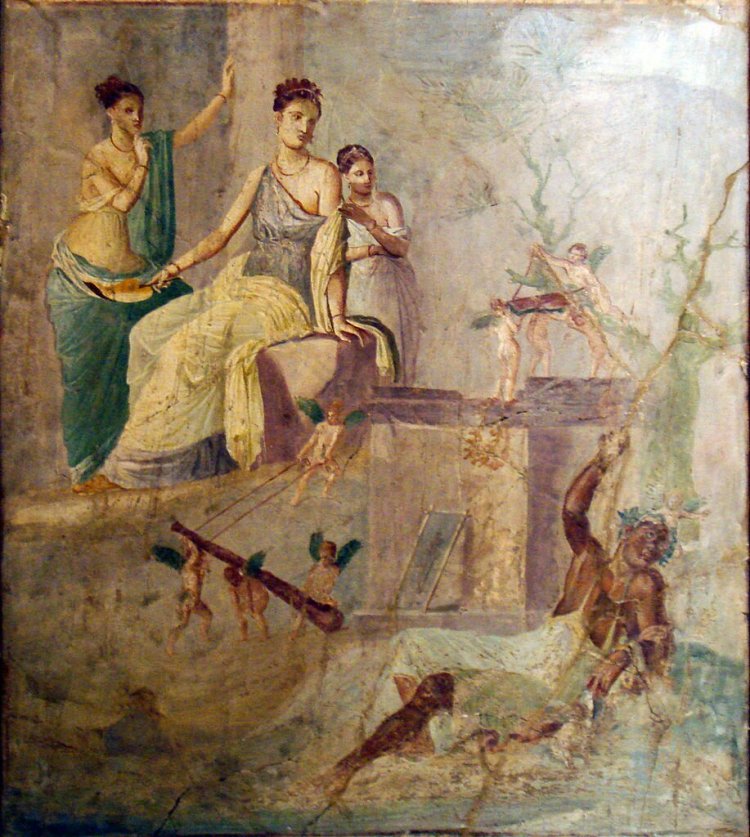 This is an ancient Roman fresco, in which she looks down as tiny sprites take the symbol of his manhood.

This is a more gentle scene. She is coaxing not triumphant; but she is clearly in control. Jacopo Amigoni, 18th century Italy. 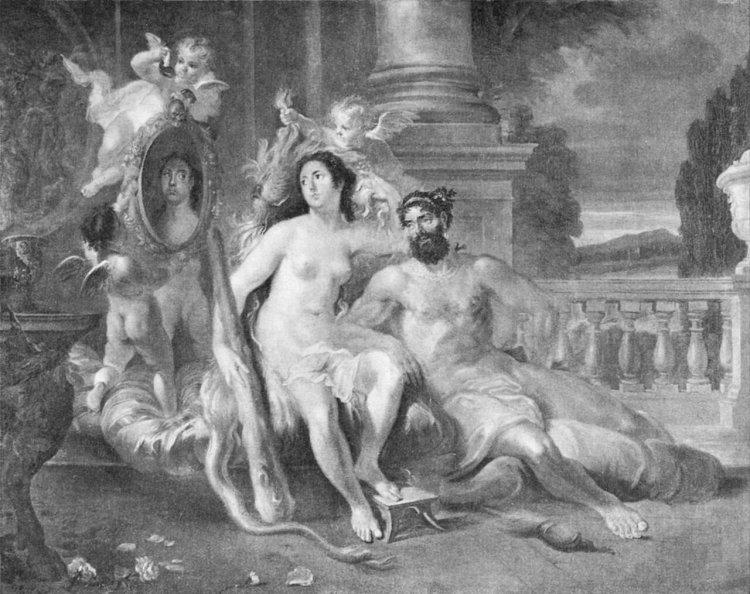 Again she has her arm round him. Cornelis Troost, 18th century Amsterdam.

In Italy in the 16th century, it is men subjugating him, a cowardly bowdlerisation or ridiculous attempt to defang the myth:

Though one of those oligarchs, or Mafiosi, would have loved his portrait with Hercules at his feet.

Here he is overwhelmed, kneeling, gazing up at his mistress like a fearful yet quiescent child.

This is a sweet domestic scene. He labours away while she looks on. 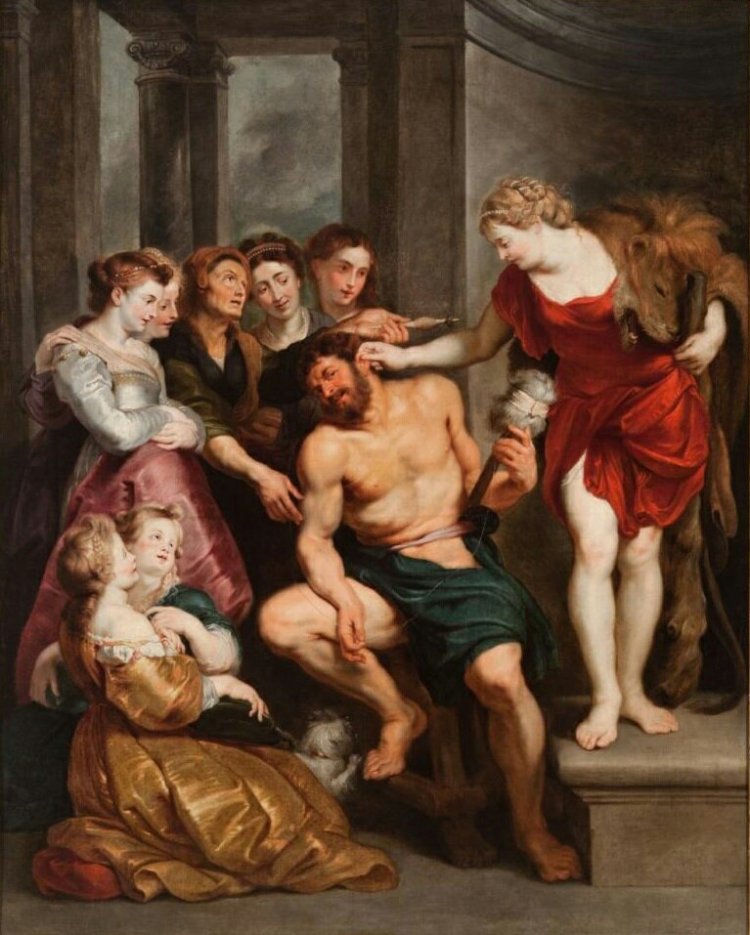 She and her ladies, called to watch and comment, are fully clothed, he just has a drape for the viewer’s modesty. 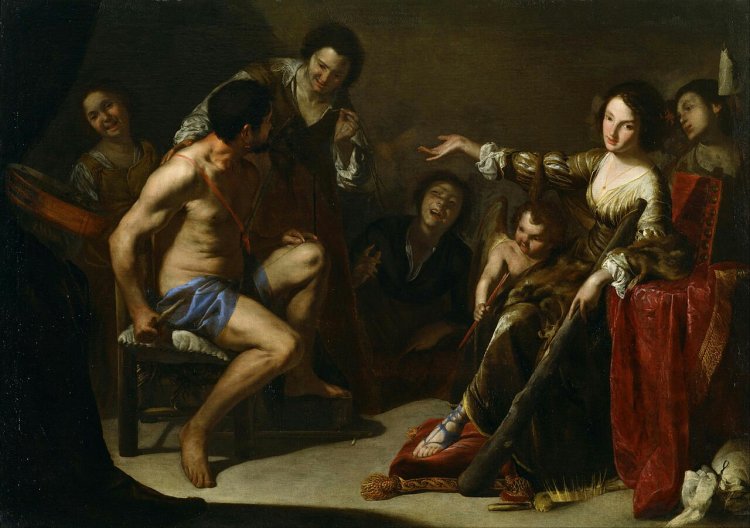 This is the start of the tale. Xenoclea the Oracle, seated on the right, punishes Hercules by enslaving him for a year. She extends her arm commandingly, and he looks up at Omphale, his new mistress. 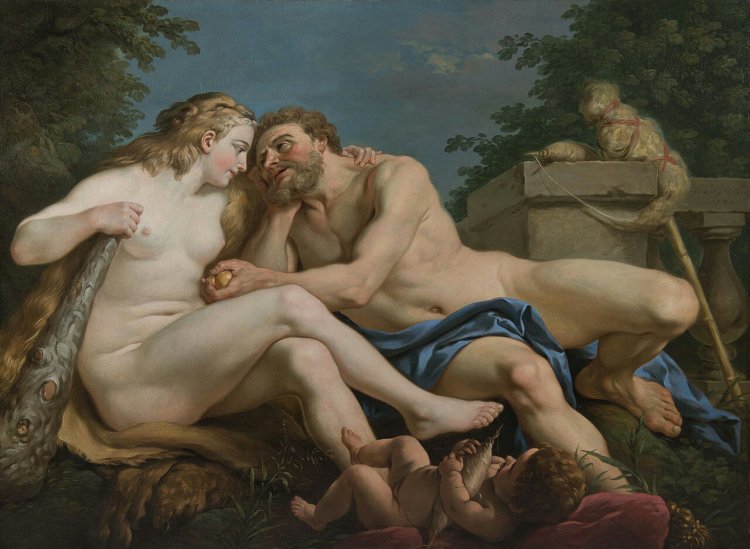 This is gentler. They are lovers, though she is at least his equal. 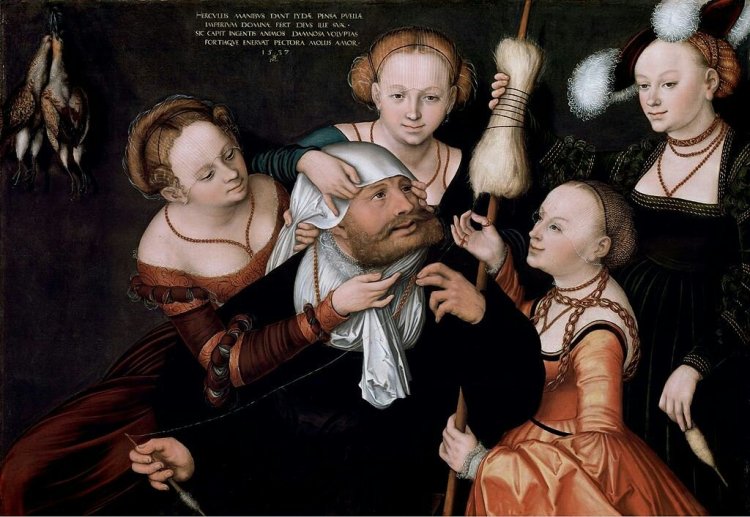 This is Lucas Cranach the elder, who painted lots of women in control, always with red hair. Here’s another, very similar. There must have been a market: 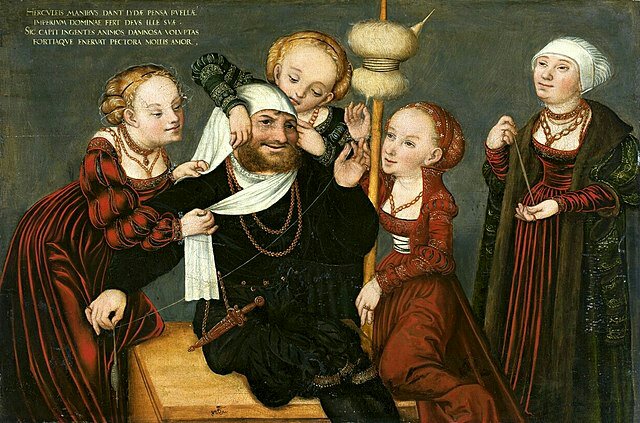 Though the people with money for art were mostly men. I don’t think Artemisia Gentileschi tackled this subject. 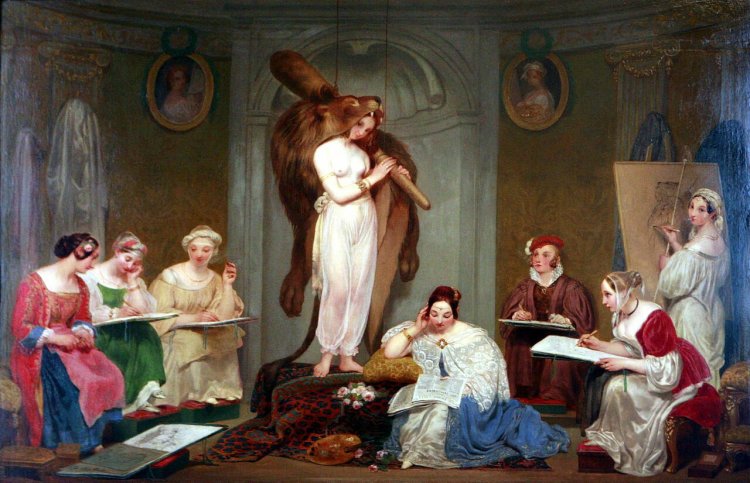 A painter imagines a ladies’ art class. They love the subject of Omphale, who has Hercules’ lion pelt as well as his club. 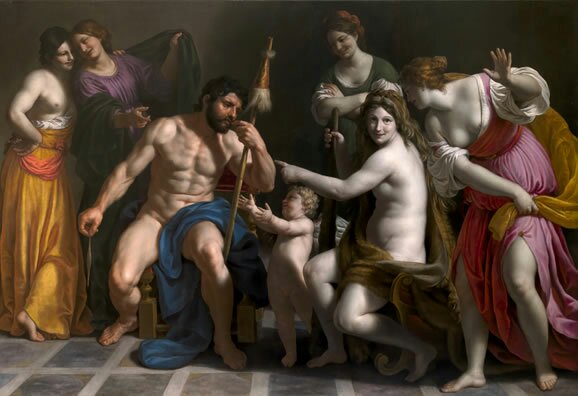 “Breaking the fourth wall” is not as new as you might think. 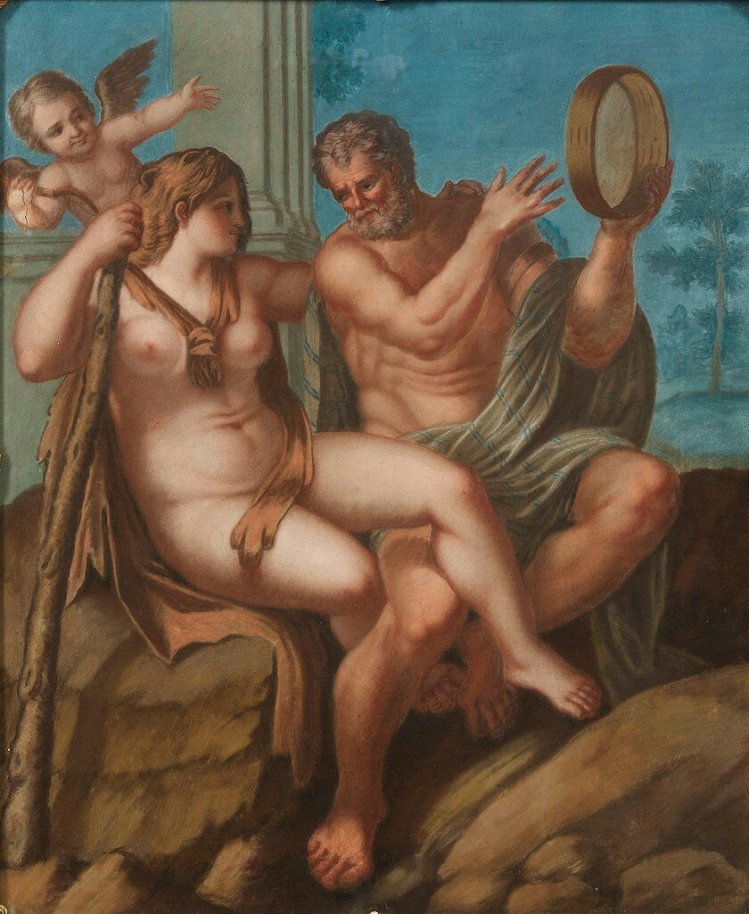 Note her legs pinioning his as he plays his drum for her.

Those pretty ankles are not my usual image of Hercules. He supplicates.

She has taken his lion pelt, and her maid ties ribbons in his hair.

Her lady’s maids help control him. 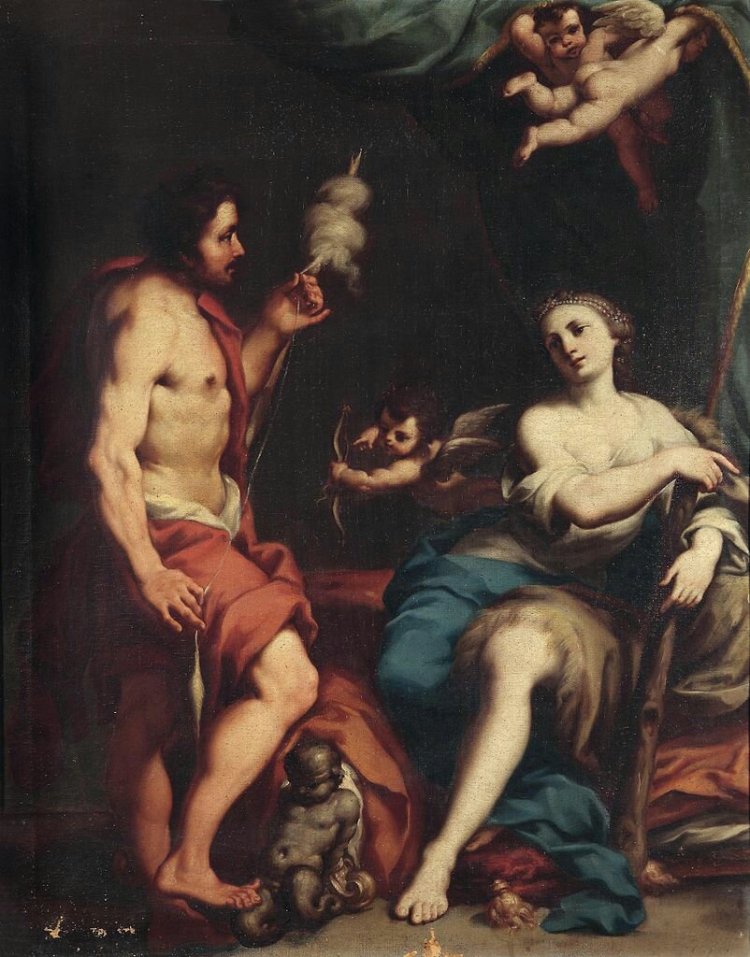 He has done his thread-spinning. She is unimpressed. 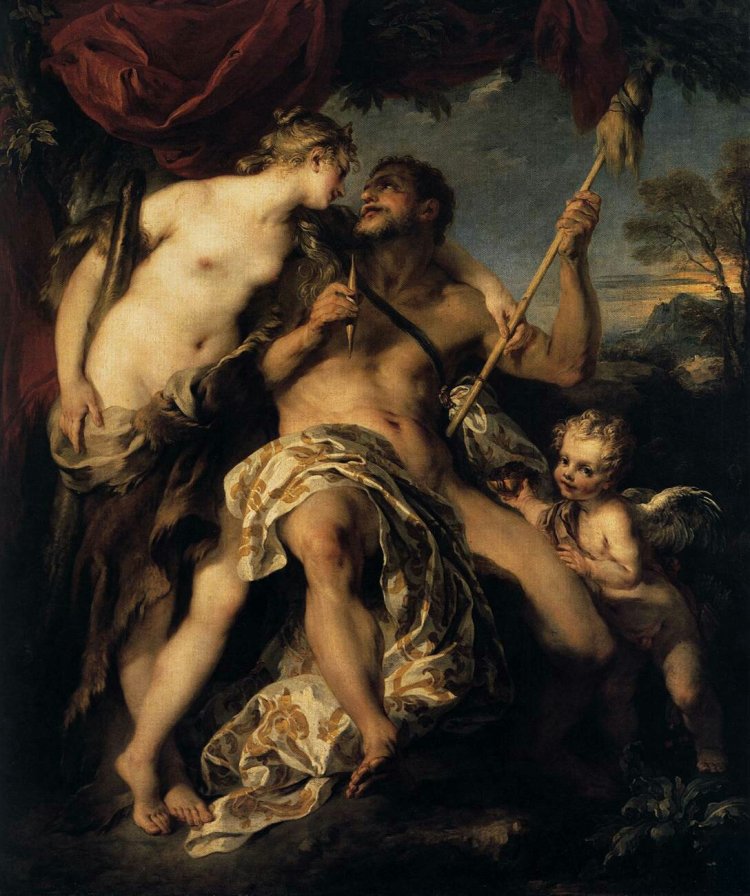 He looks pleadingly up at her.

Her women, clothed, point at him. 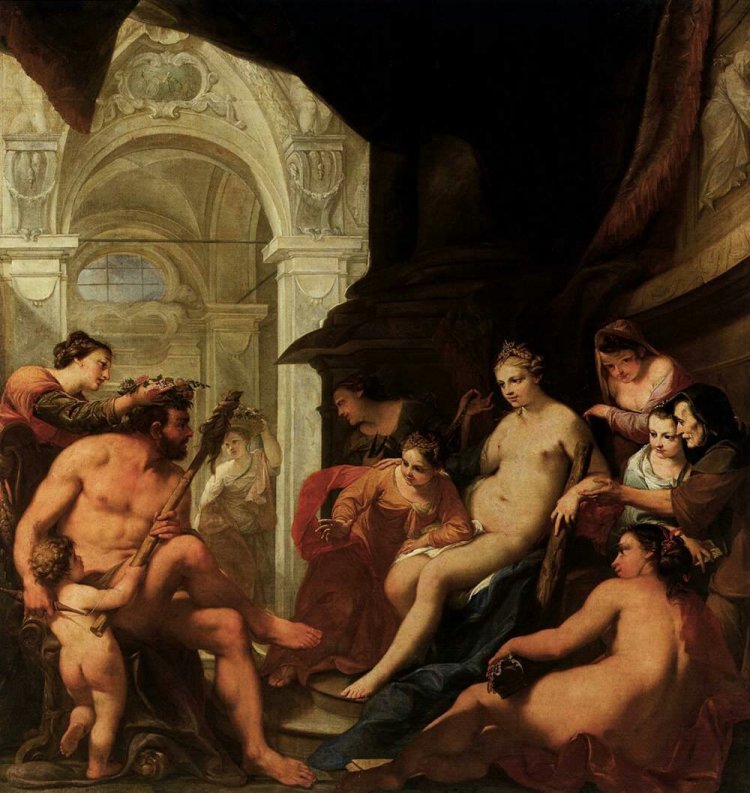 He drums. She is thinking of other things. Hercules would hardly have a more complex instrument. 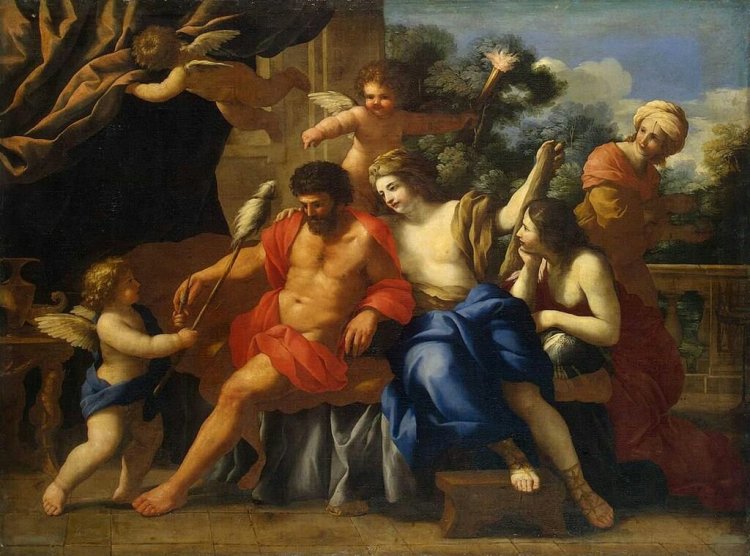 She toys with him. 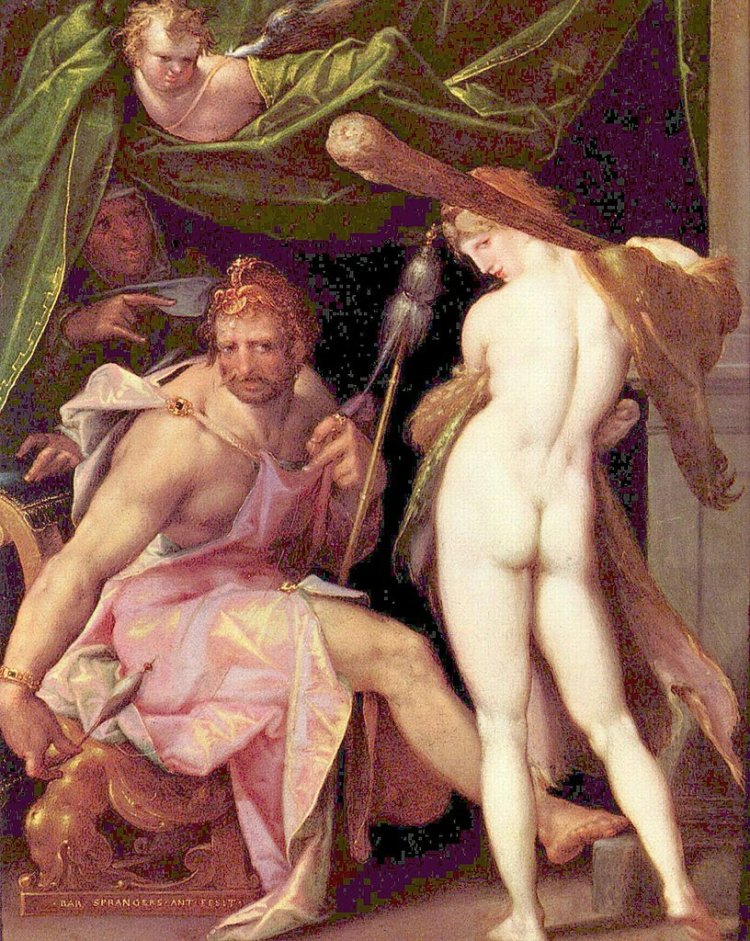 She holds his club over him. He wears women’s clothes.