“It has been pointed out that Tanni Grey-Thompson is not an ally,” said a trans woman. What does it mean to be an ally to trans people? When do you become an anti-trans campaigner?

Tanni Grey-Thompson was born with spina bifida and uses a wheelchair. She has won eleven Paralympic gold medals. In preparation for her retirement from the track, she expanded her television presenting career, and became a member of the House of Lords in 2010. In 2017 she prepared the Duty of Care in Sport report for the British Government, which devoted a section to “transition”, here meaning people who leave elite sport, including talented juniors who leave because of injury. She crafted her television career. Would a child who neglected studies for training, then was injured aged 18, be able to pick up their life and go to university? What of someone good enough to be funded to train, but not selected for international competition?

That report recommended “Further work needs to be carried out on the rules and support around transgender participants”. It does not mention hormones, or the details of the rules, or what it means to be trans. It recognises that LGBT people have particular difficulties engaging with sports.

Her appearance on the Today programme is preserved on the FPFW site, an anti-trans campaigning site. She shows a winsome modesty about her achievements. Not all people with spina bifida would have had the parental support she needed to get into elite wheelchair racing, and she said that sport is unfair because of how much money you have or who your parents are. She was invited on to speak about trans, and she said it was important to have a debate on the rules, women’s voices should be heard, and there should be an open respectful discussion.

The interviewer asks, do you fear male athletes might become trans to win medals? She says there is no evidence of that. At US State level, you can self-identify. Now is the time for sport to be future-proofed.

I find all this entirely reasonable. I wrote about trans women in women’s sports, but am not clear where the rules should be. As Lady Grey-Thompson points out, people push against doping rules. I say it is easy to tell who is trans. Elite female athletes might be suspicious of that. There is also a “debate”, where people radicalising in internet spaces where there are no contrary voices pick on sports as a case where it’s obviously unfair on women to have to compete against men.

Womans Place UK and Fair Play for Women, obscurely funded anti-trans organisations, had a meeting at the QEII Centre in central London of 750 “women’s rights activists and supporters”, according to the Morning Star. Tanni Grey-Thompson sent her best wishes by video link. “It’s really important that everyone has the chance to discuss the future of female sport and it’s only fair that women’s voices are part of that as well. A factual and respectful discussion must be allowed,” she said. I find the words completely unobjectionable. The only problem is the context: they give encouragement to an anti-trans campaign group’s event.

The event had Sharron Davies MBE as a speaker, and the Morning Star reports she lost out on gold to an East German female swimmer, part of the East German scheme to win medals by T doping. The Morning Star reports other concerns of elite women athletes: cyclists complain that their sporting body only wants to organise men’s races, and when women race it is seen as a curtain-raiser for the main event, the men’s race. Both the article and the event, that is, raise issues of unfairness to women wholly unrelated to trans rights. This is an objectionable tactic: it associates trans inclusion with unfairness to women in sport generally.

The event clearly did not promote a “factual and respectful discussion”, or greater knowledge of the issue of trans women in women’s sports. It did not hear from anyone in favour of trans women’s participation. Its medical expert was wholly committed to excluding trans women, or she would not have been invited. The attendees went away less informed than before: with more detail, but all the detail on one side, so less open to hearing the case for trans people. I think Tanni Grey-Thompson would have been able to find that out, had she wanted. Probably she knew it.

A school has named its houses after Mary Seacole, Freddie Mercury and Tanni Grey-Thompson. They were going to name one after JK Rowling, but have picked on Malory Blackman instead. This was just after Rowling’s anti-trans screed, and I saw the Pink News report today, with that comment: Tanni is not a trans ally. I agree. The school has removed Rowling’s name because she is so well known, and so overt in her anti-trans campaigning. Grey-Thompson is less well known, and less overt, but in endorsing that meeting she gave encouragement to anti-trans campaigners. 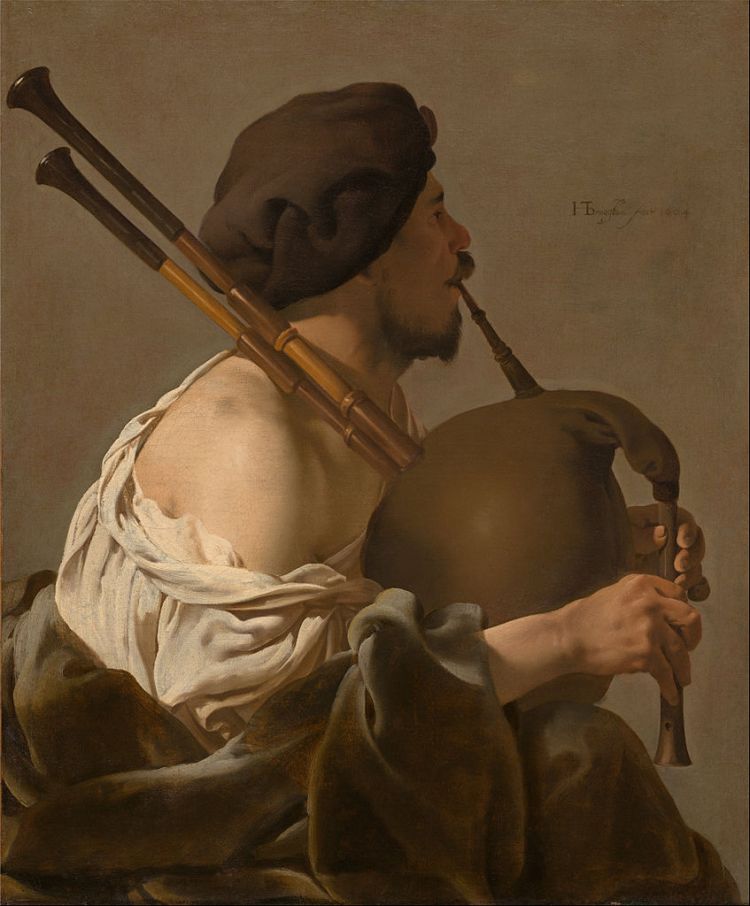 Cultural assumptions about testosterone, not all borne out by studies, affect how we regard trans and intersex women in sport. What questions of fairness should affect whether and on what basis intersex and trans people compete as women? Most people are one sex or the other- genes, gonads and genitals all point one way, and gender identity does too- if the person denies having a gender identity, ask whether s/he intends to transition. If they don’t, they are cis. It is not the person’s fault that they are trans or intersex.

If an intersex person has been assigned female at birth, she should compete as a woman. Doctors making the assignment do so with the best interests of the patient at heart, checking whether people transition after, in cases where there is apparent ambiguity. Other intersex conditions are noticed later. Women with Complete Androgen Insensitivity Syndrome, CAIS, are overrepresented in sport, if the evidence for one in 99,000 people is robust, but they are women even if they have underdeveloped testicles and XY-46 genotype.

What of trans women? There are complaints of non-disabled people competing in the paralympics, which categorises disability according to severity. Similarly, would someone pretend to be trans to win women’s competitions rather than do badly as a man? Now, they will face complaints that they should not be in women’s competitions, and transphobic attacks, but winning might be the only thing that matters to them. So they should have to prove they are really trans, and should do that by a change of name and expression. Possibly, that should be some time before they are competing. It should also persist after competition: a person who reverted after winning would have their titles taken away. It is uncomfortable for a man to present as a woman. If they want to present female life-long, they are trans.

All athletes have physical advantages from birth, natural talent, though they also need that talent recognised and developed, and the facilities to train. Women who end up at the highest levels are exceptional, physically. Both sexes have oestrogen and testosterone, though at different levels. Dosing with T can increase muscle mass and power, but does not necessarily make a better athlete (says that Guardian article). Katrina Karkazis points out that many skills are necessary for athletes beyond strength- hand-eye coordination in tennis, though strength means men have an advantage; what of luge, where the ability to isolate body parts and make subtle adjustments, and to remain flexible and relaxed while going unprotected down a track at 90 miles an hour, are just as important as power? I could not find whether there are significant sex differences in Luge speed, at elite or average levels, but the speed-skiing men’s record is 3.2% faster than the women’s.

We are not just talking of elite sport, but of local marathons and 10K races, tennis and golf clubs. People who lose at all levels may claim the winners have an unfair advantage. Others may agree, and get that delicious feeling of righteous anger as they stick it to the trans. The issue, with sport, refuges, prisons, toilets, changing rooms, anything, is that women are generally smaller and more sexually vulnerable than men. Should women be segregated for fairness or for their protection? Should trans women be classed as women? If not in sport, then why at all? 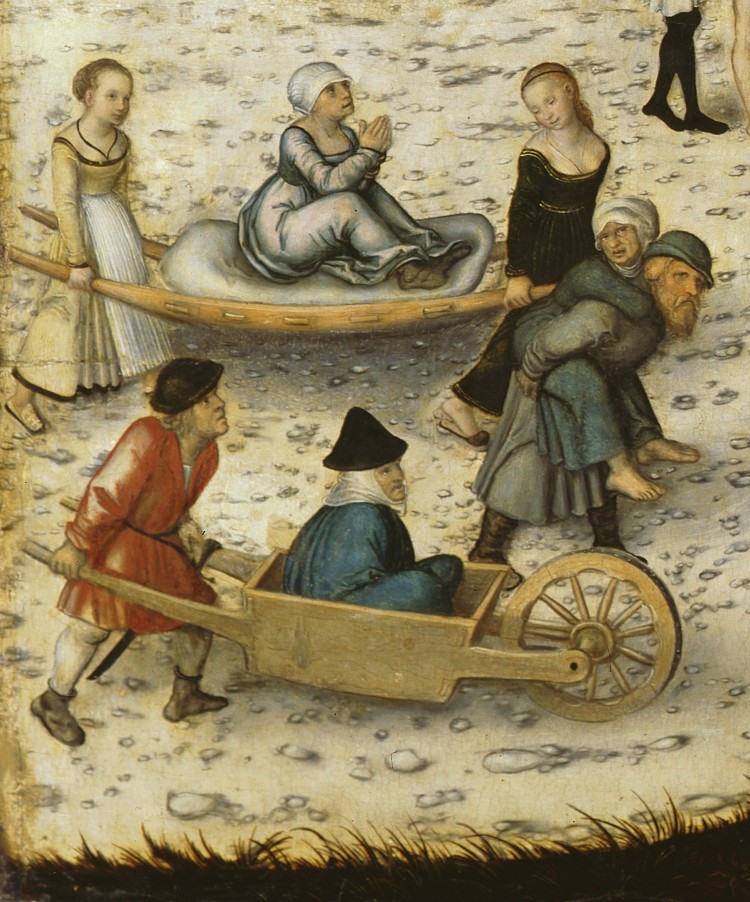 In 2015 the International Olympic Committee sought to guarantee fair competition, and accepted that surgery was not necessary for that. The athlete must declare herself to be female, which cannot be reversed for four years, and show her testosterone levels were below 10nmol/L (290 ng/dl) for at least 12 months before her first competition and throughout her period competing. Longer periods of reduced testosterone may be required by medical authorities on a case by case basis. Normal levels are 240-950 ng/dl in males, 8-60 in females. In 2018 the IOC were set to halve that level to 5nmol/L, or 145 ng/dl, but apparently didn’t.

In high levels of sports, trans women are underrepresented. That shows that the sociological disadvantages we suffer outweigh any physical advantages. There are physical advantages in size, but in boxing where there are weight categories a trans woman is not going to be bigger than a cis woman competitor.

I write this because of Hadley Freeman’s column today. She minimises the Olympic criterion, “to have been reducing testosterone for twelve months”- actually, it is to have reduced the level. Martina Navratilova started the current publicity, though I have heard angry opposition to trans women in sports long before then. When she was in competition, she faced terrific homophobic abuse: one headline read “Martina turns girls into gays”.

Hadley Freeman claims to be persecuted, that all the coverage is for the trans women. The media, terrified of being on the wrong side of history, responded predictably, and headlines said that Navratilova was “criticised over ‘cheating’ trans women comments”. There are some pro-trans articles. But the Times, predictably, wrote “Male bodies do not belong in women’s sport”- however much we reduce testosterone- and the Spectator risibly said “Women’s sports may one day soon consist entirely of men”. The Mirror quoted India Willoughby, a trans woman, saying trans women should not compete in women’s events. While Susanna Reid was “nervous” talking about the subject because she was worried that she would get the wording wrong, swimmer Sharron Davies said You’re still doing to have those advantages.. a lot of people are saying, come on we’re not transphobic but we need to support female athletes too.

Ooh, aren’t all these anti-trans campaigners brave? India Willoughby said LGB at the moment is more like the KGB in that no alternative opinion is allowed. Yet here they are, in the Mirror, Times, Guardian and Spectator mocking, belittling and monstering trans women.

The Telegraph announced, As Martina Navratilova has discovered, trans activists have won the debate – but lost the public. The West is now in a state of psychological civil war, a war between opposing realities. Consider what happens when a man becomes a woman, enters a women’s sporting event and takes the gold. To the trans activist, this is a natural and beautiful thing: the athlete is competing in the right category and it’s a win for equality. To many feminists, it’s a reversal of equality. The trans athlete may be taller and stronger than the other competitors – they are, said the tennis champion Martina Navratilova, “cheating”.

Um. The transphobes continually claim to be an oppressed minority, even when backed by Rupert Murdoch and the Barclay brothers, even when writing in the Guardian.

I am sorry that I am quoting the transphobes so much here. My next post goes on to the question whether trans women should be included in women’s sports. I argue that we should, with no requirement of a particular testosterone level; and say why.