Wxhluyp commented on my Autogynephilia page to say there is no such thing as autogynephilia. AGP is the theory that gynephile transwomen are aroused by the suggestion that we are female, and that creates dysphoria. I disagree, but Wyxlhup disagrees for a different reason. S/he says that the fantasy is not of becoming women, but of being emasculated. Being “feminized” is only the symbol of being emasculated.

Well. Whuxlyp has a wonderful-sounding phrase, “masochistic emasculation fetish”, but a quick Google shows that only Wuxlyph uses it.

Were it believed that this was a cause of transition, Trans-exclusionary feminists could argue that we should certainly not be admitted to women’s spaces, as we did not even really want to be women; and trans women, who judge ourselves harshly before transitioning, might worry that there was a possibility that this was their condition, and they should therefore resist transitioning.

Fortunately there is no research to back Wux- wxyu- wotsisname’s conjecture. All there is, is one person on a number of forums banging on about how any sort of pre-existing femininity or transgender psychology is etiologically adjunct to whatever he calls his fetish; and being told to shut up, and go away. No, that is not the primary fantasy of those of us who transition.

I am, actually, hard-wired to find ways in which I am bad. A friend said how talented I was, and I heard a judgment that I was not using my gifts well- then realised how silly that is. I am where I am.

I have never been tempted to “little girl” costumes like the ones in Prissy’s cartoons, but I was aroused, and that is the main motivation for collecting the pictures (through a Google image search). While searching, I found a picture of a transvestite I used to know, who is the only person who has admitted to me doing such role-play. Grayson Perry, who sometimes appears in “little-girl” dresses like no little girl ever wore is reducing shame- because of course I am tempted to the old line I may be a pervert but at least I am not as bad as him, which divides people and empowers kyriarchy.

I find the dominant women in the pictures arousing. There.  I have submissive fantasies– though as a psychiatrist told me, in fantasy I am in complete control, manipulating the dominant as well as the submissive with whom I identify. Pictures are safe, too. I tend to feel that there are no rigid boundaries between Prissy’s fantasies and mine, but they shade into each other.

I am posting here because I am ashamed of it, and I am working my shame out. But- this is now one of my most popular posts, getting views most days since it was published. Tell me: what did you want from this post? Has it given you what you want? Please leave a comment. What do you think of the women with strap-ons pictures in the comments? 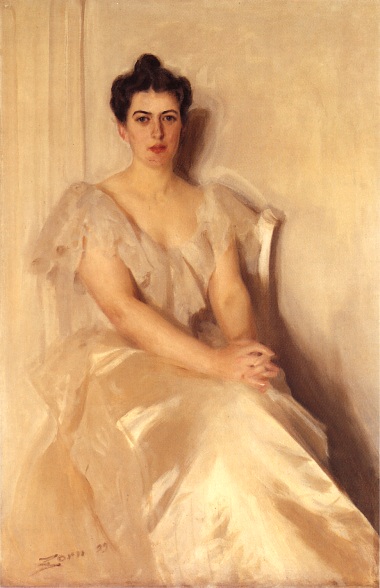