I made a child cry. I am not proud of this.

When I visited last Christmas, Alice, now 15, was playing the piano and about to take grade 3. Since then, she gave up. Possibly she started a wee bit old: by 15, I was playing pieces which interested me, and my obsessive nature kept me on scales and fiddling with a bar until I got it: I spent a week getting the first four bars of the Maple Leaf Rag, aged about 15.

Her sister Olivia, now 7, has started, and is playing tunes with both hands, but not both hands together. I thought the way to interact over the piano was to let her explore it, and ask me for any help she wanted. Her mother told her to play it: she has not been playing over Christmas.

I asked her if she enjoyed playing the piano. “Yes”, she lied. I am almost certain of that. She sounded completely insincere. It was the wrong question. Does she want to play the piano? If so, she might be willing to work at it.

Of course I would like a child mad keen to play the piano, with a clear idea of how to improve at it, natural talent, and a desire to explore my expertise to help her on- but I want to inspire the child, get her interested, and give her some ideas to bring her on a bit.

She needs to count on the notes and count on the stave to work out the first note of a piece she has played before.  I had a trick for H, which was done with me: my parents hold out thumb and fingers horizontally as if on a stave, and indicate a position for the child to name the note. The point is that rather than spending half an hour on the piano, or even ten minutes, which can be tiring and boring, you can do this for half a minute and give the child praise.

When she looks at the score and sees that there is a B♭, next time she sees a B she still plays B♮. I can sympathise with this: it is the kind of mistake I can imagine myself making. And- playing B♮ she hears it is wrong, checks the score and gets it right. This gives me hope. I want to make it easier for her to correct her mistakes.

How I brought a tear to her eye: I explained that a minim, a quaver and a crotchet- the one with the hole, the one with the tail, and the one with neither- last different times, and when she played the piece again with each note the same length, the third time I ejaculated “No!” I suppose I was pushing her to learn something when she found the rest of it difficult enough.

Unfortunately, that evening, they were still tired after their hogmanay party, and I could not enthuse her family to play that game with their hands.

I am a good person, intelligent and reliable.
Therefore
I can keep myself safe.

It is the Therefore that is the problem. I must release it, accept not knowing. It is like trying to ride a bicycle: I am reliable enough, can observe and react quickly enough to be safe enough: balancing on this reality, rather than pretending I can keep myself safe, so wobbling forward rather than propping up the bicycle and standing still.

I am not safe in my living room. My benefit has been cut already, and will be cut further.

To put it another way, how long can I use those threadbare excuses- that hurt me, and that, and that- that job, that betrayal, that woman- for sulking and skulking at home? I am not safe, but no-one ever is.

————————————–
The final exercise of mega-me, in groups of six, is to be that all-you-can-be, larger version of ourselves, and plan a scene to be improvised, with that mega-me as the focus. We take it in turns, the others being supporters. Some delve into deep personal blocks or family issues- for the subconscious, triumphing in play and in reality feel the same, says Claire.

In my exercise, I want to not-plan. I will just speak, as moved in the moment. I want to use the large group as my supporters. B believes that I need subconscious nay-sayers, and the small group should echo the Inner Critic. He is a little too enthusiastic at this for my taste- he asked me “how long I had been a transsexual”, analysing not empathising. He knows a transsexual who is really tough, he told me. I had half-formed thoughts of a routine before this, mocking Thriller modes:

The Thingummy of Doom looms above us!
Can we reach the-
Escape switch-
In-
Time?

While B enthusiastically mocks, I tell my audience that I like to be the centre of attention, and feel I have to perform, yet now I wish to be Fully Authentic and speak in the moment, and end by- sitting in the audience.

People, asked to give encouragement, speak of my dignity and poise in speaking this.

This post starts with me kicking myself and saying “Get on with it”, as I do occasionally- well, I am posting daily- and then I write of my Speaking Spontaneously, the Message to the Flourish, in which, I notice later, I stop and sit down, the other side of the audience from my group supporters/critic. That is, I stop trying. Which might contradict that “Get on with it”.

David Brin: The thing about such states of equilibrium is that they can seem steady, even permanent, until-
each one ends, as abruptly as it started. 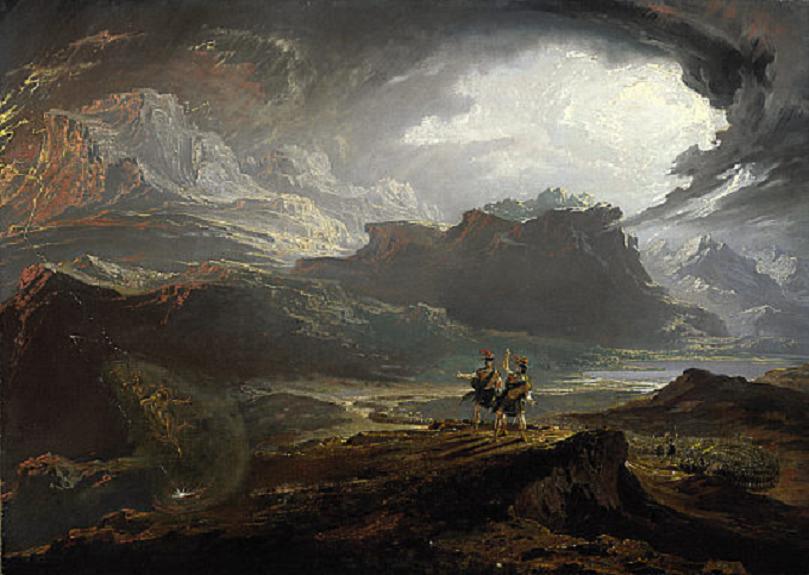 As we let our own light shine, we unconsciously give other people permission to do the same. As we are liberated from our own fear, our presence automatically liberates others.

Now we pass the energy to each other, across the circle, carrying something. It may be heavy, or wriggly and difficult to hold, or tiny and precious, and It changes for each person. Each mime is a new creative act. Planning ahead, it would be a small furry thing to cuddle, pet and stroke, but when Dick goo-goos at a small fluffy being, caressing it, and passes it to me, I must do something more. I gently put it down on the floor, and blow on it, and mime that it is growing, then I lead it over to someone else to pass it on.

At the start of the day- we sit in a circle, light a candle, and close our eyes, and Claire speaks to us hypnotically. Saturday, I am with it immediately, I feel present and relaxed. Sunday, I am distracted, ruminating, and still not clear what the difference is. That mime feels good. It feels right, and it popped into consciousness seeming full-formed- but I am not sure what else could happen. It seems my conscious mind could only censor it, but possibly the edit/censor process is unconscious too. It only becomes problematic and uncomfortable when the inspiration and the censorship war, with no clear winner.

And sometimes it feels right with other people, sometimes it does not. Three of us improvise a short scene: one massages my shoulders, the other comes in, there is a veiled confrontation and she starts massaging my shoulders. Of course I enjoyed that. It was lovely. It communicated to the audience, but I think it luck rather than some mystic Inspiration; and inspiration strikes where with practice we learn what works.

Much of our work is on Macbeth. First we think ourselves into these characters: Macbeth, Malcolm, Duncan, Lady Macbeth, Macduff. Then we improvise scenes with them. 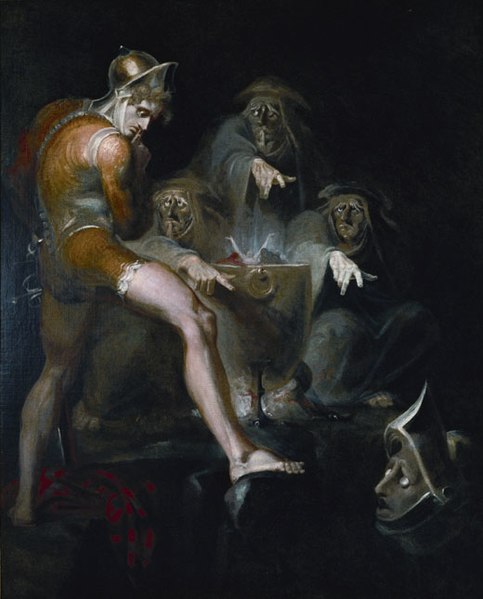 Someone objected that these are dark, violent characters, but for me my fear of my shadow is the problem: embodying “bad” characters is the way to relax that fear. I have the capacity to act well, and I can relax those inhibitions created in childhood, that there are Bad responses which must not be allowed. As an adult I can create better responses to my reactions than to suppress them. To release the suppression, I have a safe, playful space to be Bad.

We play the scenes. As many of us as wish can play one character: at one point we have three Lady Macbeths surrounding Macbeth and goading him. About half of us play witches: Children and adults can play witches at Hallowe’en, there are places to “let your hair down” and play with darker impulses, other than here.

I also played Macbeth murdering the King. After, I had a toy witch’s broom, and I paced the floor to one side while Macduff and Malcolm plotted against me elsewhere. I shook the broom to symbolise my increasing stress and desperation, until it fell to pieces scattering bristles over the floor. A beautiful symbol I could not have planned. After this, being “killed” by the rebels was a relief.