Well, it depends what “trans” means.

First, cis means not trans, as in trans-lunar or cis-lunar (this side of the moon), or cis-trans isomerism in organic chemistry; and not trans as in cis woman. The term prevents people othering us. Unless it is relevant, refer to a “woman” or a “person”- if trans status is really relevant, women are cis women or trans women. The only alternative is some variation of real v fake, or normal v queer. Yes you are a woman, but some are more woman than you– whether because they menstruate, or because of their upbringing, or for some other criterion you cannot possibly fulfil. Or, you are not a woman.

Cissexual has a clear meaning. It means someone has not physically transitioned from one sex to the other- though some deny that is possible. Someone who has not had SRS, then, and does not want it- because I was transsexual before my operation, because I wanted it. Cisgendered is more difficult. Everyone breaks gender rules. No-one is happy with all gender stereotypes. We express different parts of our personalities at different times, and when in purely professional role might be agendered, as in the moment of a doctor performing a physical examination. The doctor is still a man or a woman, but that does not matter.

If cis means “not trans”, then if we want a big tent, to include and affirm as many potentially trans people as possible, it becomes more difficult to say someone is definitely excluded, because everyone is redefining and influencing gender roles. Roles do not stay the same, not even “Biblical” understandings of gender roles, but are continually reinterpreted.

And yet if “cis” does not have a precise meaning, it still has use as a generalisation. If someone does not identify as trans, then calling them cis is no insult. Some of us fight gender stereotypes in this particular way. No radical feminist denies she is a woman.

None of this is clear cut. It resists clear definitions. I was rebuked for using the word “transsexual”- it implies that you need to have, or want, surgery to be proper trans, she said. Well, I want the big tent, and no-one should be required to undergo sterilisation before they can have gender recognition; but she can assert that without disparaging or erasing my experience. We are trans in different ways. No-one’s way of being trans means that some other way is impermissible or inauthentic. And no-one should disparage other ways of being trans, in an attempt to be accepted. Some cis people accept trans people, and some cis people do not; but no cis person imagines that one way of being trans is acceptable and real and other ways are not.

I started on this line inspired by Julia Serano again, but have gone off on my own line. She is worth reading. It is my current intention to blog again on 31 August, though it is possible I will before then. 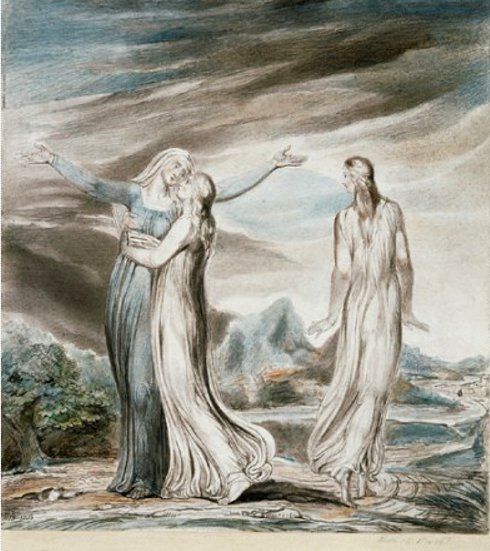 Another storm in a thimble, miles away, which need not affect me at all, and I am in tears of rage with it.

I feel like a child talking to a teacher. She started it! My long explanation of precisely how bores her and breaks down, so before I am finished I am the one getting the strap, and it is not fair. The teacher is The Guardian itself. It is supposed to be progressive, and should not insult trans people.

Onywye. Suzanne Moore wrote in the Guardian with the throwaway line We are angry with ourselves for not being happier, not being loved properly and not having the ideal body shape – that of a Brazilian transsexual. Irritating but not lifethreatening. Some trans folk objected, and there was a twitterspat.

Julie Burchill then wrote in the Observer a deeply insulting article- calling us “bed-wetters in bad wigs” was not the half of it. Well, I wear a wig, and with such a short urethra, post-operatively, I had some problems before I got my pelvic floor so strong. Lots of women have. The Observer has apologised and withdrawn the article from its website.

Then Suzanne Moore wrote a follow-up. To that teacher, who does not care about the subtleties, it might seem an apology. Suzanne has had friends who were transsexual, apparently.

But to me (subtly and out of the teacher’s attention) it pushes my buttons. It starts with the title. I don’t care if you were born a woman or became one. When does she think I became a woman? At my sex-change operation, perhaps? I have always been a woman. I have always been me. I have had one gender. Pre-transition self-identified trans women are women.

Then she says Some trans people appeared to reinforce

every gender stereotype going. People comment that I seem more feminine than most women- I am exquisitely attuned to surprise or disapproval in that. It is an old feminist trope for hatred of trans women, though Moore extends it to men as well. I do not wear lace-trimmed skirts to oppress women, but because I like them. If you don’t like being criticised for your clothes or appearance- I assume Moore doesn’t- then don’t criticise mine. Simple, basic empathy.

No-one can speak for anyone else, she says. Moore does speak for me when she attacks the Government. She thinks I should focus on that, and get behind her, so she may insult me with impunity. No. I happen to find the insults the most important thing in the article. Her telling me what I should think makes it worse. She could always attack the Government without attacking trans people.

I am just angry. It brings up my stuff. Someone links it on facebook, I read it (yes I know I should ignore it, but well, I read it) and I get wound up.

Oh and- Julie Burchill objected to being called a “cis woman” to distinguish her from a “trans woman”. It is an ancient Latin prefix, commonly used, and it is the only way to refer to a non-trans woman which does not insult me. “Real woman” “Born woman” “Natural woman” and the rest all include me.

18 January: I am coming round to defending Suzanne Moore.

She does not think we trans women are really women, that is the thing. She thinks we are castrated men. She thinks if we call ourselves feminist we are faking; she may dislike our “femininity”; she is not going to come round. Even in her latest piece she says something about not liking the word “cis”.

I like what she writes about the Government. She said initially that we should get behind her attacking the Tories, and actually, she is so good at that that I am willing to overlook the odd throwaway line about Brazilian transsexuals.

Yes. It is “trans women/ trans men/ trans folk” rather than “transsexuals”. Yes, omit the “trans” unless it is relevant and necessary, and yes “cis” is the only way of describing non-trans women that does not insult us- for yes, I am born female too. And I know how much people get hurt by these remarks. And, still, hooray for Suzanne Moore, giving Cameron another kicking.

We asked to be treated as women. So they told us how we should think and feel, and judged us on our appearance. And now it is liberating to see the Gender Diamond. 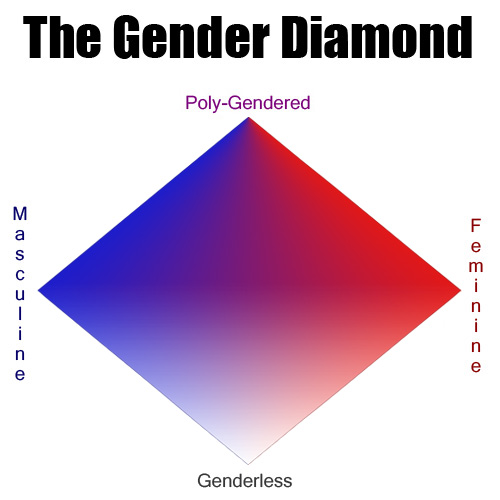 An end to binary understandings of gender! Where are you on the Gender Diamond? As well as the spectrum male to female, there is the vertical axis, from polygendered to agendered. Remember that these  matters may be distinguished from sexuality.

For me this has been helpful, helping me to imagine other ways of being, and so imagine such other ways within myself, and feel how I respond to the thought, and so discern how I might be in myself. I think I may be different places in the diamond at different times, not because this is a role or mask I put on, but because that is my authentic way of responding in the moment. I feel I am more adept at permitting myself my own authentic way of being, rather than getting hung up on what is the right way to behave. (Of course, another way to imagine other ways of being is to observe and to seek to empathise with other people.)

Is it also useful for cis-gendered (ie, non-transgendered) people?

Possibly, of course, the gender diamond is not useful, even for me. Possibly the Male in me, which I am exploring at the moment, is no greater than in other women, normally and naturally. And if anyone thinks I am a man because of certain characteristics, he is too stupid to be convinced by this graphic.

I would like to write about it for Wikipedia. The trouble is, a Wikipedia article is required to be Notable, and should not involve Original Research. Googling leads to no particular source, though two blogs link it to Raphael Carter, an author. As a published author, Carter may be sufficiently Notable, but I need a definite source.

I heard about the Gender Diamond here.