My friend whom I identified as working class nevertheless has her standards. She can’t stand tattoos.  “If I see a woman in the High St with tattoos, in hoop earrings and lots of gold chains of varying lengths round her neck and they’re usually wearing leggings, I just know they are common.” She has some friends with tattoos, but they tend not to be as bright, and she likes good conversation. She then showed me the villanelle she wrote yesterday.

If I had a tattoo, I would want it more than one colour, and I notice that red in particular fades. I asked the woman on the train about this, and she said the answer is lots of high factor sun block- or keep it covered up when outside: she is fair skinned, so wears sun block anyway. So there you go, my tattoo tip. The train had been packed, and I had been sitting in the aisle seat in the forlorn hope of sitting alone. A man told me to move my bag, and let him sit down. I observed that most people request that rather than require it, and he told me how rude I was to have my bag on the seat in the first place. I replied pithily, and he said, “You know what, I don’t want to sit beside you”, at which I was relieved.

When she sat down, the woman observed that she had wondered what the altercation was up ahead, and I admired her tattoos, covering both arms. Her fiancé did them, and was happy to show off his own art work. She is an assistant — nurse, supporting the nurse who assists the surgeon, and next week starts training to be the more senior nurse. She works for a number of surgeons: the woman is utterly lovely with her patients, and very strict with the nurses- well, it is a matter of life and death. We chatted away happily for the hour train journey, though I observed she did not wear leggings- what a world of difference there is, to slim-fit jeans- gold chains or hooped earrings.

And- home made tattoos: Yuck! Ghastly! I saw a man, as I cycled home, who had tattooed cheeks. How Awful!

I asked if people would still transition if the most feminine man or most masculine woman could express themselves freely without judgment from society, and Rimonim took me to task. The aspect of the question I find most troubling is the value judgment against transition. … it implies that transition is somehow undesirable..

And, he felt intense alienation from his body: the body issues are important. Commenters agree. When I finally sought it from my psychiatrist, my desire for the vaginoplasty was intense, and his recommendation brought me great happiness. I hardly think the social pressure to transition in this way would have affected me so strongly, if the far greater social pressure not to transition at all did not.

The first way I thought of responding, to say It’s alright for you! You’re a man!  shows how intense my rejection of my femininity has been, even after transition. I am soft, gentle, peaceful, and that just feels ineffectual and vulnerable and easily hurt, and so I am this badly hurt because of it.

On the body issues- I did not fit the script, self-identified as transvestite, did not particularly mind my penis even after going full time at work aged 35. But then I was not conscious of my feelings until they irrupted in my early thirties- anger, frustration, resentment and fear, later simplified to rage and terror. That is, while the inner critic cries, “This is rationalisation! You can’t know that! Of course you don’t want to imagine you are an autogynephiliac pervert-” I am pretty clear, say 95% certain. The rage and terror was because I suppressed who I am so thoroughly that I blotted it out of my conscious awareness, including any body-related dysphoria. Right now, after the Essence process, it feels as if I am my feminine self, which I was first truly conscious of being, as separate from my masculine front, in February 1999, aged 32. Such a long journey, such a long tunnel.

It feels, also, that I am far more conscious of feelings. Once they come out in adulthood they are far harder to suppress. So I do not think I am suppressing a sense of trauma at the loss of my gonads. That’s a 1% possibility, perhaps.

Am I still carrying the pain and anger I could not admit? OK, how do I feel about my breasts? It irks me that the left one is so much bigger than the right, but not very big at all, and that the aureoles are so small, and I may be carrying pain that I felt the need to wear breast forms rather than chicken fillets years after starting hormones-

and I like my breasts. I like the shape of them. I am glad they are there. I am on tentative steps towards excess of joy weeps:

it is so good I can hardly admit it to myself after so long.

I have held myself so tense for so long that relaxing into self-acceptance is difficult. It is alright, really.

The Swing. Waldemar Januszczak explains it is particularly naughty in that she’s not wearing knickers. Women didn’t, then. That is why it is traditional not to wear anything under the kilt- the Highlands were a place apart until 1746, when the Crown set itself to assimilate them, and kilt stuff became a tradition.

Onywye. Where was I? The captivated onlooker’s pose is very like this chap’s.

Technical skill, a sex joke everyone would have got, a satire people might have needed explained to them- 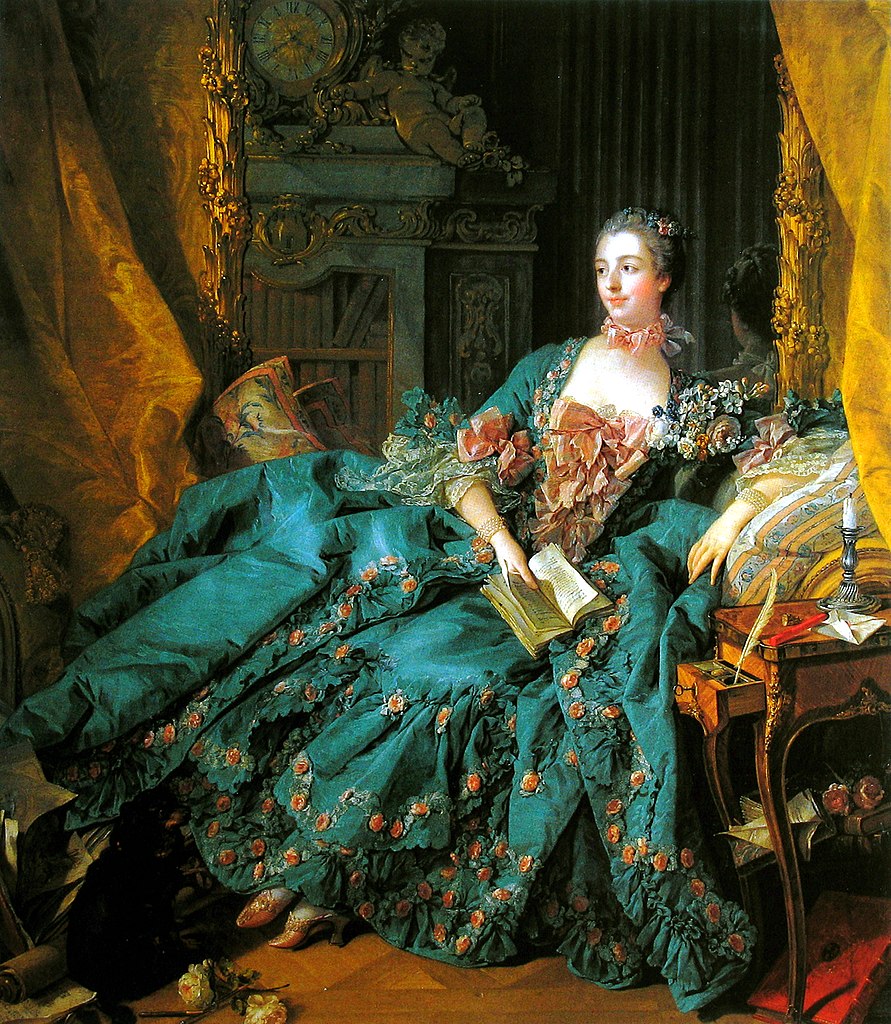 He also painted the resting maiden.

Artists, whose work deserves fame 250 years later, turning their hands to anything: not necessarily above arousing customers. Here is the Goddess Diana. Does the fact that someone might find it arousing make it impossible to find it otherwise beautiful? I laughed at Monty Python’s Art Critic. 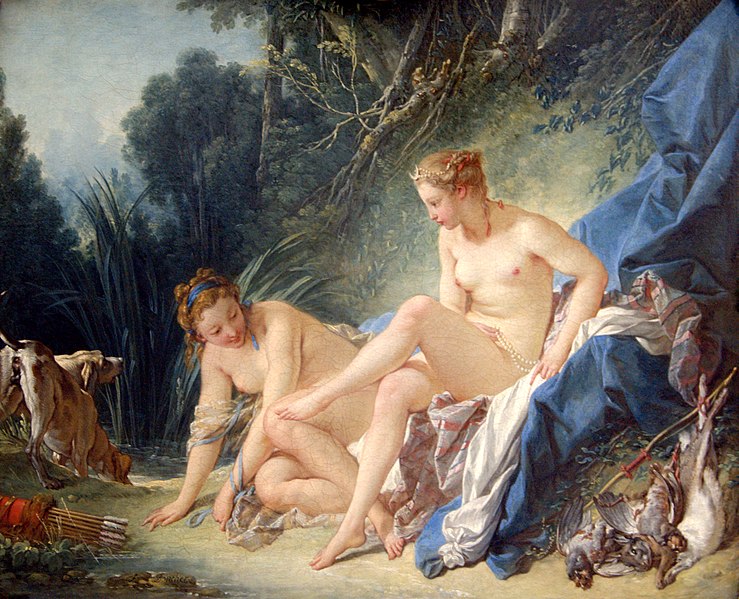 Is it different, if a gay male eye looks at these: unaroused, you see the art in them. Now, we have a political response: women are objectified, and an ideal is defined which will make most women feel inadequate- though Diana’s nymph has bad cellulite.