A transgenderist and two transsexuals took a canal boat holiday. No, that’s not how we describe people now, but it was how they would have described themselves, then. They were on a lock, water flowing sedately through, boat rising slowly, unhurriably, and people on the tow-path were staring at them. The TSs were getting more and more uncomfortable. So eventually Janett just stared back, and turned her wig around.

Passing through the speed of light-
I said, “I met this hurting woman. I so want to absolve her!”

Well, they would stare. Women on a boat like that would not be wearing skirts, probably not make-up.
-certainly not matching shoes and bags.

I found when in the supermarket in a ball gown I wasn’t stared at, generally.
-Perhaps they were frightened!

You said you were a feminine man. What do you want?
(Oh buggrit, let’s not talk of reverting.) I kindof think my current compromise is OK. I am readably trans.

People stare, people don’t stare. The stare can be a threat, of mockery or violence. Mockery is a threat if it raises echoes inside me, if I think I am laughable, ridiculous or disgusting. It could just be curiosity. We are curious creatures.

I want to be stared at, as actress-provocateur. I could not make sense of this…

I am never enough, I never see in time

If I don’t feel safe, it is reasonable to want safety. You see I am absolving myself. I have always done my best. If I feel a failure, if it has always been too difficult for me-

You said, Readably trans. How does that work for you?
Well, it’s where I feel capable of being myself. I don’t shock and provoke. My presentation and people’s first impressions of me do the work I want them to do.
Does that not depend on their level of understanding?
Well, the authoritarian won’t like me as a feminine man, a trans woman, anything. As best he can he perceives who I am. The Liberal will accept, but not be surprised.

I was read in Bewiched as lower class. I was looking at the Guardian, and someone offered me the Express. I said, “I’m left-wing”.

This is who I am…
Stop fighting it…

So. Absolution. Stop fighting it. This is who I am, I have always done my best, if I am where I am it is because it has not been as easy as I hoped. “Passing through the speed of light” means stopping fighting it, deciding what I must do now to escape and forcing myself to do it against all my lack of motivation and even revulsion and just accepting. This is where I am. I might then find something I wanted to do, and do it, and I might not. I can’t want it from this side of absolution.

I read this morning in the NYT about procrastination, exactly as I had seen it- the procrastinator is smitten by the perfect picture of that which is yet to be born; he falls under the spell of all that purity and splendor [but]… is fully aware that all that has to go… [He must] be the one who defaces the ideal and brings into the world a precarious copy. Non-inclusive language. Possibly I should not link to something that writes like that, but the writer expresses it as I had. So my attitude changed: No, if I do it, it will just be wrong. Everyone will judge it and find it wanting. However simple it ought to be.

I judge myself harshly.

So stop wanting to do anything. Hello. This is me. Where I am.

I’m special
so special
gonna have some of your
attention
give it to me!

And why would I want that?

Oh, it is poison! Man as master, woman as slave, woman feels and man understands feelings through her, woman’s state is from upbringing so I can never be a woman- and the mutilation is so appalling! It’s six in the morning, and I lie in bed, my fragile sense of self reeling before your obsidian judgment of me- not a reflection! Not a reflection!

and I fear, and come back to that desire. Attention. What good would that do me? Some make a career of it, successfully, but the motivation comes before seeing that. And I flee attention- Philip said I “wanted to blend into the background in the most eye-catching way possible”. Bad thing with bad words like drama queen- for male or female. Though perhaps a “drama queen” is one who seeks attention, inexpertly, as a “nag” is a manipulator who has been noticed.

It is a childhood desire. My mother’s story:

-What do you want to be when you grow up?
-A conductor.
-A bus conductor?
-No, an orchestral conductor!

She loved the- contempt?- as I said it.

you writing of me is tempting, even though you might- would- almost certainly- excoriate me more than- gosh, I hope “Jim” is a pseudonym-

mirrors- I need you to see me so I may see myself, rather than to be that I may see myself in you, which was how I understood that essay on Hegel. You know, as I write this I don’t know if I am extracting myself or digging myself deeper. I feel powerless, but powerlessness- to this Judge- is not an excuse. If I am flailing about seeking answers, I may heedlessly trample others-

I don’t want to hurt anyone. I want reconciliation before all else. I am soft, gentle, peaceful, and that opens me to this Judgment, as a deliberately cruel man might trample that too. It is not affirming of him so he ignores it.

I begin to understand Miriam Afloat. That’s the blog allegedly of a trans woman who parrots radfem rejection of trans women. Possibly, it really is a trans woman, accepting that judgment, for it is how she can be good.

What Jim the porn user wanted was absolution. Not priestly absolution with repentance and amendment of life, but liberal absolution- yes, you might think it a bit yuck, but lots of people do it, it’s nothing to be worried about. In the hippyish, liberal place you met he might have expected that. He did not get it. There is so much anger here: a commenter said, Given the level of sexist hate crime in families, it might be helpful to give his female family members a heads up so that they have informed consent whether he stays in the house or not …? It is possible “Jim’s” wife may be aware of the article and, because you used your own name, have identified her husband. You risk breaking their marriage.

I tend to feel my sweetness and charm will win people over, and if that does not work sympathy with my hard life and suffering might help. Not with these people, for whom I symbolise all they rage at.

I wrote to the break, then went to see Richard. “Of course you are a woman,” he reassured me. “Do not listen to her.” And as you might see from the writing, I am reassured. I always feel ill after meeting you, and yet I feel your particular perspective may help me know myself, which is my main desire. I want attention as well as absolution, as well as to hide away, and want to know what that means. I want to stop being at war with myself.

And I want to accept the hostility. I am arrogant for deciding how I dress, because that harms women, someone I thought moderately friendly told me. It is just there. It is from hurt, and righteous anger resisting the hurt even though I hurt too and do not cause their hurt. Just accept it. It is there. 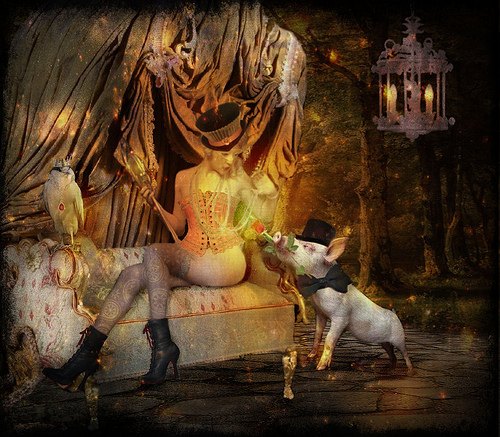 Things ill done and done to others’ harm
Which once you took for exercise of virtue.
Then fools’ approval stings, and honour stains.
From wrong to wrong the exasperated spirit
Proceeds, unless restored by that refining fire
Where you must move in measure, like a dancer.

Eliot’s words have echoed in me since my teens, and meant different “things” to me at different times. I want to live well and to see the world and others clearly; and I have done what seemed good to me, and then I have seen it as wrong or inadequate. What may I do with my guilt and shame besides lacerating myself?

Where an incident or relationship comes to my mind, I will consider it. Why was I like that? What really happened? How else might I have been? How might I be now?

And if it is lacerating me, the moment I can hardly bear to contemplate, then it is a wound which will take more than a moment’s healing.

I have sought absolution from others, priests and therapists and others whom I have demanded take a parental role for me; and always, when I am absolved, I have absolved myself. Oh, See, see clearly! I have demanded that of myself, and I get better at it. Blind spots from my own projections, and my desire that the world be other than it is, get less.

And- the absolution is easier if I celebrate the progress I have made. Yes, I would like life to be easier, actually, and- I get better at it.