In Ancient Rome, Cybele was the goddess of trans women.

Here is one of them, from a statue from Imperial Rome. Attis was her lover: she tore off his genitals. 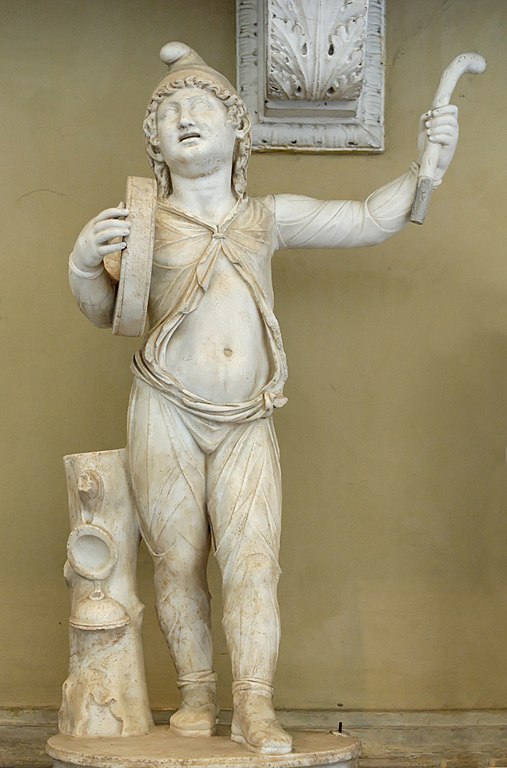 Cybele was originally an Anatolian goddess, the Great Mother, whose statue was brought to Rome as the Sibyl prophesied that when she came, Hannibal would be driven out. He left Italy the following year. When Atalanta and Hipponemes made love in her temple, Cybele turned them into lions and yoked them to her chariot.

Robert Graves, in The Greek Myths, reports Cybele’s devotees sought ecstatic unity with her by removing their testicles and dressing like women. She had temples at Tyre, Joppa, Hierapolis and Jerusalem. He cites 1 Kings 15:12, where Asa “put the male temple prostitutes out of the land” in the early ninth century BCE. We came back: Josiah, in the seventh century (2 Kings 23:7) had to do it again. Graves also reports Artemis of the Ephesians, in Acts 19:35, was Cybele. I disagree. We say Venus is Aphrodite, as the Roman Goddess took on the characteristics and stories of the Greek, but goddesses with trans priestesses across the ancient world might still be separate traditions. There are trans people everywhere.

Cybele’s priestesses were known as Galli from Galatia, in the central highlands of Anatolia, modern Turkey. Three centuries before Christ 20,000 migrants from Gaul went there to hide in the mountains and raid the plains. So she might equally well have come from north-west Europe.

Some gay apologists argue that when Paul condemns “Malakoi”, soft men, in 1 Corinthians 6:9, which in English translation is used to condemn gay sex, he really meant priestesses of Cybele. Thank you so much, guys. But in Galatians 3, Paul wrote, “There is no longer male and female, for all of you are one in Christ Jesus”. That’s the answer to “Male and female God created them” in Genesis, often used to curse trans women. Paul writes to a region where there is a cult of trans women, saying there is no longer male or female for all are one. That seems as strong acceptance as we could get from him.

Louis XIV disapproved of her. In the Salon de Venus at Versailles, there is a painting of Saturn removing Cybele, who is powerless against him, and in the Queen’s antechamber the goddess of combat burns her face. But in the gallery of Apollo in the Louvre, there is the Triumph of Cybele. 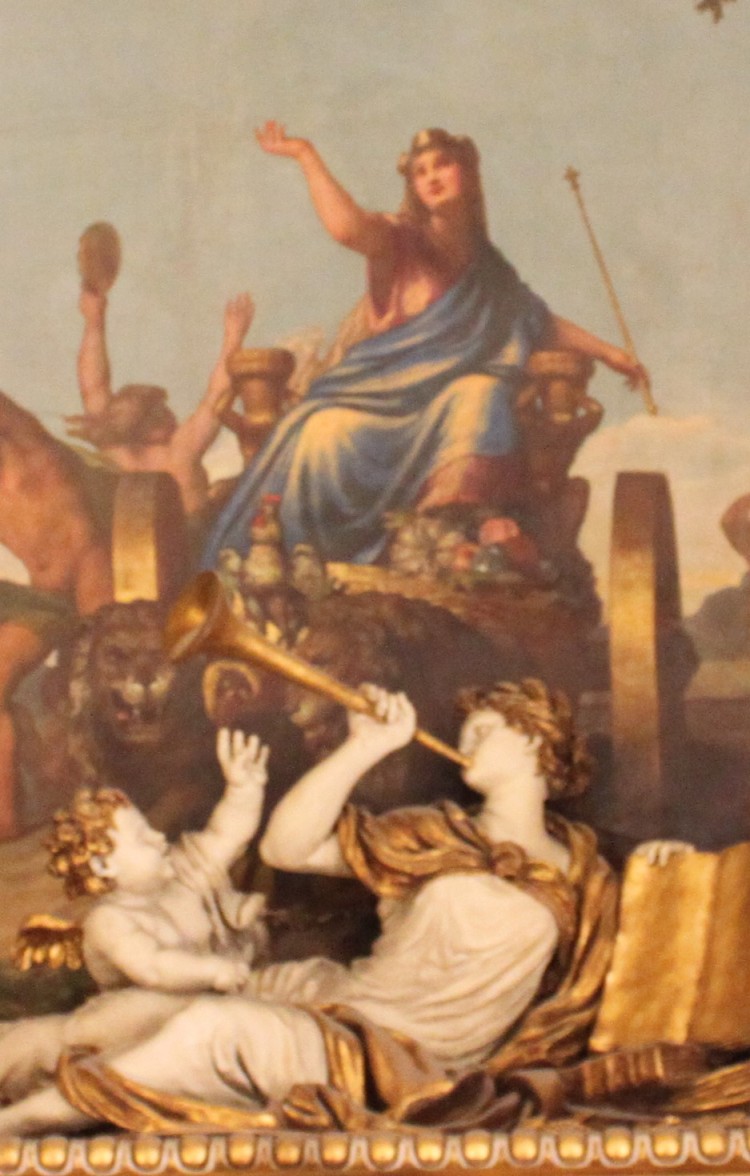 Spring and the West Wind crowning her. The West Wind, or Zephyr’s, arms are so masculine, the face and hair so feminine.

Rubens painted her as the personification of the element of Earth, here uniting with Water. 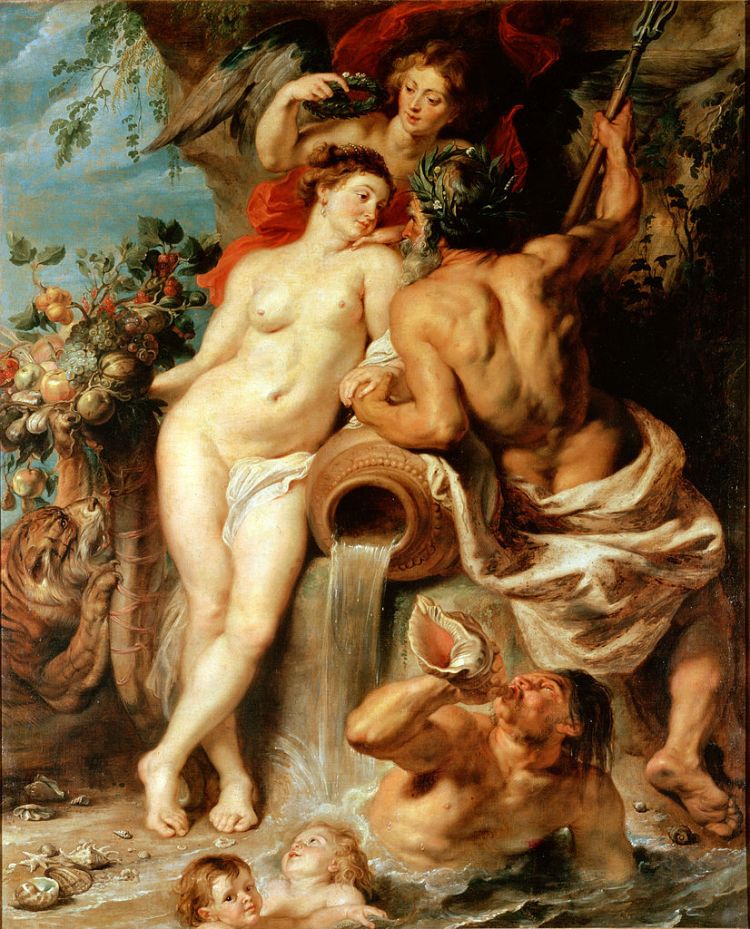 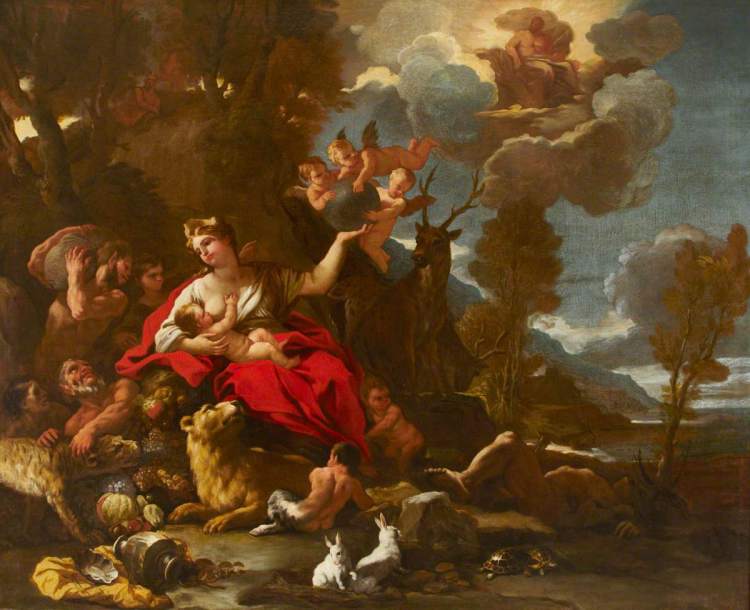