Joseph Wright of Derby made the drama and magic of science a fit subject for art. The Orrery, showing the motion of the solar system, is named after some lord or other because only one man can stick food between slices of bread for the first time. Just as in An experiment on a bird in an air pump, the scientist here is an entertainer in the red robes of a learned man,

irritated by the note-taker,

who is not writing down that Saturn orbits outside Jupiter, but stealing his material.

I love the children’s wonder.

The two young people are gazing at the planets, not each other. 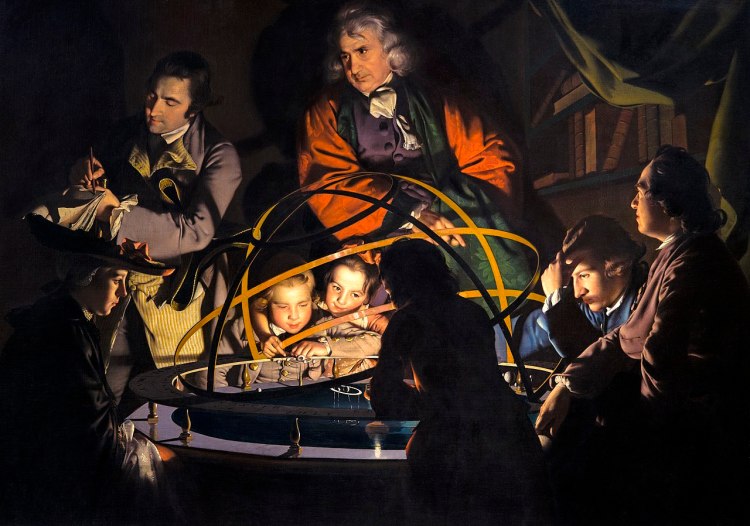 4 thoughts on “The Orrery”