Is “living authentically” possible? What would it mean?

Quakers have the example of John Woolman. He refused to make money from slavery, made enough money to support himself, his wife and daughter living simply, and devoted the rest of his energies to his spiritual concerns, especially abolitionist campaigning. He changed from being a merchant to a tailor to have more free time for Quaker witness.

Some people say things they do not believe, and I am one of them. I am thinking particularly of shit-eating in the vain hope of maintaining a relationship at my brief stint of volunteering. In a job, or a relationship, I might say what I do not believe out of fear, believing myself constrained. It might be better to take steps to leave such a job or relationship, but the person might feel unable to. Then authenticity in the sense of being free to follow your principles, and choosing to do so, would be in part a matter of luck or privilege rather than morality. Trans females sometimes, like me, and the child XY, have a period of desperately trying to fit masculine stereotypes.

It might not be possible to be inauthentic. The whole human being, conscious and unconscious, all the cells of the body intimately interconnected and interdependent, does what it does. If it did something else it would be someone else. So the liar and bully Donald Trump’s actions show who he is. He is “authentic” as Woolman was, and the concept adds nothing.

To be unchangeably the same in different situations- at work, with children, relaxing- might be a sign of inflexibility rather than any virtue of “authenticity”. To approach every situation with patience, attention, curiosity, respect- loving and alive to possibility- well, I aspire to that. “Pray without ceasing” as Paul said. One might simply be too tired.

I have great gifts of intelligence and heart, and I feel they could do more in the world. That they do not is a source of shame and misery to me.

Do I do all that I might? If I imagine myself achieving things I do not now achieve, what prevents me? These are the possibilities:

Sue, a wise person whom I trust, wrote, “Thanks as ever for your shining presence Abigail and for your profoundest of wisdoms, you so often touch me deeply and I am inspired by you.” I quote that because it delights me.

Here is a wonderful and wide-ranging interview with the psychotherapist Emmy van Deurzen. There’s lots of good stuff in it, but one thing grabbing my attention was her talking of people trapped in the darkness, the morass of life, paralysed with terror. In therapy, “that can take a very long time,” she said. Yeah, s’pose.

In a Quaker group on Thursday we discussed authenticity. I got upset and, weeping, described times when I have worked hard to achieve against a great deal of push-back, and then the push-back got too much and I gave up. Someone left. The organiser said “sometimes what [I] bring feels beyond the emotional scope of [her] ability to keep the space safe and welcoming for everyone”. Well, I get that. When someone expressed emotional pain that I could apparently make better by a bit of sympathetic listening, I felt good. When that emotional pain appeared to get worse, I blamed them.

On Friday, Sue led an hour of voice exercises involving projecting at high or low pitch, and then told us to remember times as children when we were wholly and unself-consciously ourselves. Losing yourself in play. Your best holiday ever. If school was good, what were your favourite parts? If it wasn’t, what was the best release from it? Times excited about something.

Then, pick out the characteristics in you that go with these memories.

I find myself in two places. I can name good characteristics which are in me: I wrote, “Adventurous. Loving. Strong willed, great-hearted. Warm. Playful. Passionate.” Sue loved “great-hearted”: “it is so deliciously you in how it resonates who you are”. And, I am in a painful memory.

My voice therapist suggested I do these voice exercises throughout the day, a few seconds at a time, just as Sue just has. So on the stairs in the office, I was my free female self, and then went back to my desk and had to be the professional man again. It was unbearable, and so I stopped the exercises.

So there is this deeply painful memory, and I wonder what is going on.
Am I triggered?
Am I indulging my negativity?
Have I choices in this?
Should I “honour the progress I have made”?

I go with the last, and say, evenly, that this bad memory has been brought up for me. Being born middle-aged, I have few memories when I was not self-conscious. And, I believe in those positive qualities I named. I say I am feeling triggered, and I have ways of taking care of myself.

Part of that was thinking of my second great born-again moment. I saw the psychiatrist about transitioning, in June 2001. I had various intellectual arguments why I was Really Transsexual, and he dismissed all of them. My safe space, intellectual argument, was stripped away from me, and it was one of the most intensely painful experiences I have ever had. I was awake weeping in the night, unable to go to work in the morning, and I went round to a friend to weep and be comforted. What I had left was how I felt and what I wanted, and my childhood training was to deny and distrust that.

Warm. Playful. Passionate. All bad qualities which I must never give any hint of possessing. My damage is an inextricable part of me, and people will disentangle nature and nurture just as soon as we work out how to unbake a cake and remove the eggs from it. But I am healing.

I am writing this on Saturday. It has taken hours, and involved some abandoned weeping. It is part of my healing process.

Recovering from that training is taking all my gifts and all my energy. Arguably I am trapped in the dark morass, paralysed with terror, and it is hard to bear how slowly I am recovering. Am I “authentic”? I don’t find the concept useful. I am me, and that is good. 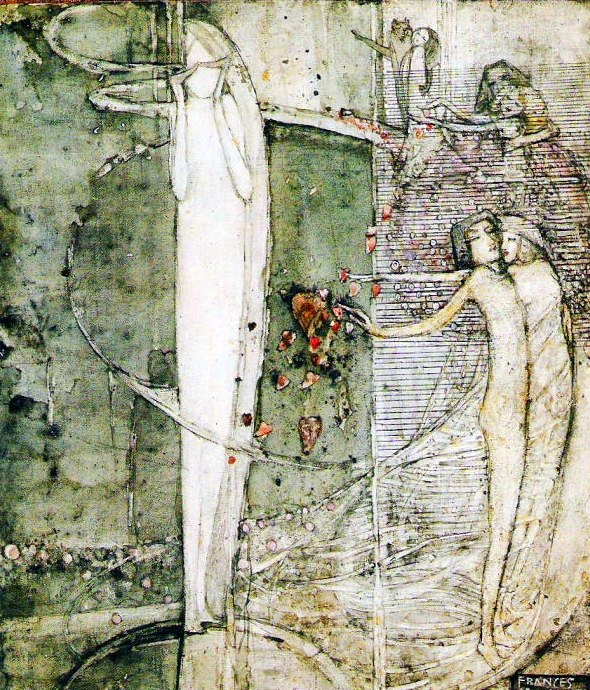