The Guardian publishes articles by trans people and trans allies, and its news coverage still includes unchallenged transphobia. Some comment articles are repellently transphobic. I keep this post updated, with some of the most egregious examples.

On news articles, transphobic falsehoods are reported without challenge, though they are clearly untrue. Consider this transphobic headline:

Echoes of 1970 as row breaks out at celebration of feminist conference.
Anger as Oxford historian Selina Todd is forced to pull out of speaking at Ruskin anniversary conference.

The headline makes transphobe Todd’s expulsion the main issue. She is “forced to pull out”, and this provokes “anger”, presumably of transphobes and their dupes. The first eight paragraphs are about this “row” rather than any other issue, though Samira Ahmed’s equal pay claim is mentioned later.

This paragraph puts forward transphobic falsehoods: Woman’s Place UK is pushing for government ministers to consult more widely about changes to the Gender Recognition Act, which would allow people to legally self-identify as a man or a woman without medical approval. It rejects accusations that it is transphobic and trans-exclusionist. Its founders say it aims to “ensure that women’s voices are heard and our sex-based rights upheld”. However, critics say it is trying to limit the rights of trans people. “Would allow”- the WPUK false position is stated as fact, but the refutation, that WPUK limits our rights, is presented as opinion. Trans women self-declare now, and the Equality Act allows us in women’s spaces.

Todd’s false statement is quoted without qualification: Selina Todd supports the right of women and girls to same-sex spaces (such as refuges). This is enshrined in law. Her opponents believe the law should be changed. They aren’t willing to engage in respectful debate with those who disagree, preferring to silence feminists. This continues the self-deluding myth that the transphobes are martyrs.

Suzanne Moore’s comment article on 2 March 2020 repeated so many transphobic myths I cannot be bothered wading through them all. They include the idea that trans men do not use men’s spaces, trans children may revert and regret and be infertile, and “You either protect women’s rights as sex-based or you don’t protect them at all”- the idea that trans rights make feminism impossible. She says she has had death threats and rape threats, and been told to “Die in a ditch, terf”. I believe her. If you are tempted to abuse anti-trans campaigners in this way, don’t. You only make them more incorrigible. Trans women exist. We always have done. Meeting our needs does not harm other women. Moore’s article starts with a picture of a demonstration about Roman Polanski, a man who had sex with a thirteen year old, as if that was comparable to trans people.

Moore wrote again on 10 March. Not all of it was objectionable. But she ends, “Don’t tell me that my story and the stories of other women don’t matter”. Much of the article is about reproductive matters. No-one is saying reproduction does not matter. The question is, should trans women be kicked out of women’s spaces? Those arguing that we should be make monsters of us, saying we are dangerous, saying women should be frightened of us. Moore quotes Judith Butler: Gender is a kind of imitation for which there is no original; in fact, it is a kind of imitation that produces the very notion of the original as an effect and consequence of the imitation itself. Absolutely. But given that humans are trapped by gender, one way of escaping the trap is transition. More of Suzanne Moore’s transphobia. Moore left the Guardian.

It’s hard to complain against The Guardian, though not as hard as other papers. The Guardian reported scaremongering about the NHS child gender identity clinic.  Nick Connolly’s complaint was refused, as the article in question included a bland statement from the Gender Identity Development service at the end, saying they have done nothing wrong. But the headline- Politicised trans groups put children at risk, says expert– spreads fear of the mythical monster, the Trans Rights Activist, now threatening children. Consider the language: “experts were living in fear”, “trans political agenda”, “pressure… from highly politicised pro-trans groups”, “inability to stand up to pressure from trans lobbies”, “inadequate assessments”, “the mind that is free to think or ask difficult questions is treated as a real threat”, “fear of being accused of being bigoted and transphobic”, “parents all expressed alarm”, “fast-tracking children on to hormone blockers”. It foments fear against trans people and our medical treatment, portrayed at putting children at risk.

The Guardian printed the most transphobic article I have seen outside hard-right hate screeds. After a self-proclaimed incel murdered people in Toronto, Catharine Bennett wrote an article linking those murders, another spree killer with a “manifesto”, and the slogan “Die cis scum”. “Die cis scum” is meant to be shocking to cis people, but no-one wants to put it into practice and no-one has. She nevertheless liberally quoted threatening misogynist messages such as [select text to view] “you deserve to be raped”, “I want to murder a femoid” then claims trans people are threatening women. Bennett wrote in February 2020 saying WPUK are merely meeting to “share concerns”, but the trans rights pledge asking for Labour Party rules to be enforced is “disturbingly undemocratic”.

Kenan Malik regularly has columns arguing transphobia does not exist.

Here is the Guardian’s “transgender” page. Much of the news is about the threat of trans. Families divided as Tavistock court review goes ahead: though the article is mostly quotes from GIDS professionals, who say children are made aware of consequences, the first sentence nevertheless makes us think of a threat: “Puberty blockers carry risks and their long term effects are unknown”.

This is a letter which should not have been published, feeding transphobes’ sense of martyrdom and making unsubstantiated claims. The heading is “WPUK is not a ‘trans exclusionist hate group'”. So a blatant falsehood appears as a headline.

The Guardian prints brave trans allies, such as Owen Jones, who refers to the threats to trans rights often. For example, “Anti-trans zealots, history will judge you.” He argues anti-trans campaigners echo anti-gay campaigners. Zoe Williams has an excellent article- feminism should be on the side of compassion, and sideline those who can’t get beyond toilets. Feminism has far more important battles to fight. She says Labour is being split, and should come together on the side of trans rights.

The Guardian should stop printing articles quoting as if true transphobic claims, and articles suggesting trans people and transition are dangerous. It foments fear against us.

25 April 2020: Nick Cohen had a bitter tirade about free speech and prejudice, picking on some idiot who is antisemitic. Like him, I loathe antisemitism: “The far left and alt-right cannot put forward a conspiracy theory without hitting on Jews,” he writes. But, being the victim of prejudice, he should see it. I can’t think of a subject more saturated with dishonesty than freedom of speech… if a feminist academic is deemed transphobic and cannot talk in universities, there are precious few other venues open to her. “Deemed transphobic,” as if prejudice against Jews is everywhere, but against trans people nowhere. She can go to The Times, The Spectator, The Economist or The Guardian, which will give her a platform to shout hate as loud as she likes.

6 December: The Observer editorial on the Keira Bell case is as transphobic as the Times might print. “Any questioning of the gender-affirming model… is dismissed as transphobic.” This is the Threat of the Powerful Trans myth. In reality, haters screech incessantly against transition and trans people, and a few trans people and allies, hardly listened to by anyone, point out that trans exists. Even if a few trans people might go too far and suggest something is transphobic when it is not, no-one listens to them.

14 February 2021: Vile transphobic article by Sonia Sodha. She first points up a white Tory MP criticising BAME people for opposing Priti Patel’s and Kemi Badenoch’s racist policies, then goes on to discuss Alison Bailey, a transphobe behind LGB All Liars and an attack on Stonewall. Sodha claims that lesbians who believe that being a woman is “related to” biological sex “are facing persecution for their beliefs”. No, some lesbians are facing opposition for their transphobic acts, working to exclude trans women from women’s spaces or abusing trans women.

6 June 2021: Sonia Sodha again attacks trans rights. She spreads a transphobic myth, that abusive men pretend to be trans in order to attack cis women. Alas, they find far easier ways of attacking women. In the same paragraph she mentions a trans rapist, to raise guilt by association. She calls being trans a feeling, and therefore minimises it. “Women must be free to express the view”- as if that view was not expressed daily everywhere- “that it is risky” to allow trans women in women’s spaces- she calls us “men who identify as women”, as if being trans is just a whim, but it is our reality. Calling it “risky” justifies defensive action against us.

Then she casts Stonewall as an oppressor frightening women into silence. All of the article claims brave women are at risk, being oppressed by trans people and trans allies. Yet we face street violence and hatred.

27 June: The editorial is classic transphobia. It is couched as a defence of free speech, with no discussion of how any society must limit free speech, opposing incitement to fear or anger at vulnerable groups. Then it states there is a threat to [cis] women’s livelihoods and safety. It incites fear and anger at trans people and trans allies.

2 October: Cohen, again. This time he argues that people who say trans women are women are “opposed to the material reality of biological sex difference,” and therefore to Darwin’s theory of natural selection. He says female athletes who opposed trans inclusion were crying, anxiously, because they felt unsafe to “speak out”, but clearly does not care about trans women’s tears or anxiety.

3 October: the use of the murder of Sarah Everard to advocate for trans women’s exclusion from women’s spaces, and attack trans allies, is a new low. Excluding trans women will do nothing for cis women’s safety. The Guardian is as transphobic as the most right-wing hate sheet.

8 October: What news is worthy of reporting? A picture was shared on social media of someone with a placard saying Kathleen Stock should be sacked, and someone put posters up near her work. The Guardian reported a fairly ordinary statement from her university that they would defend academic freedom. That someone put up a few posters is not news. Many academics face well-organised and funded campaigns by the right wing press and “think tanks”. The Guardian reports anything to make trans people look bad. 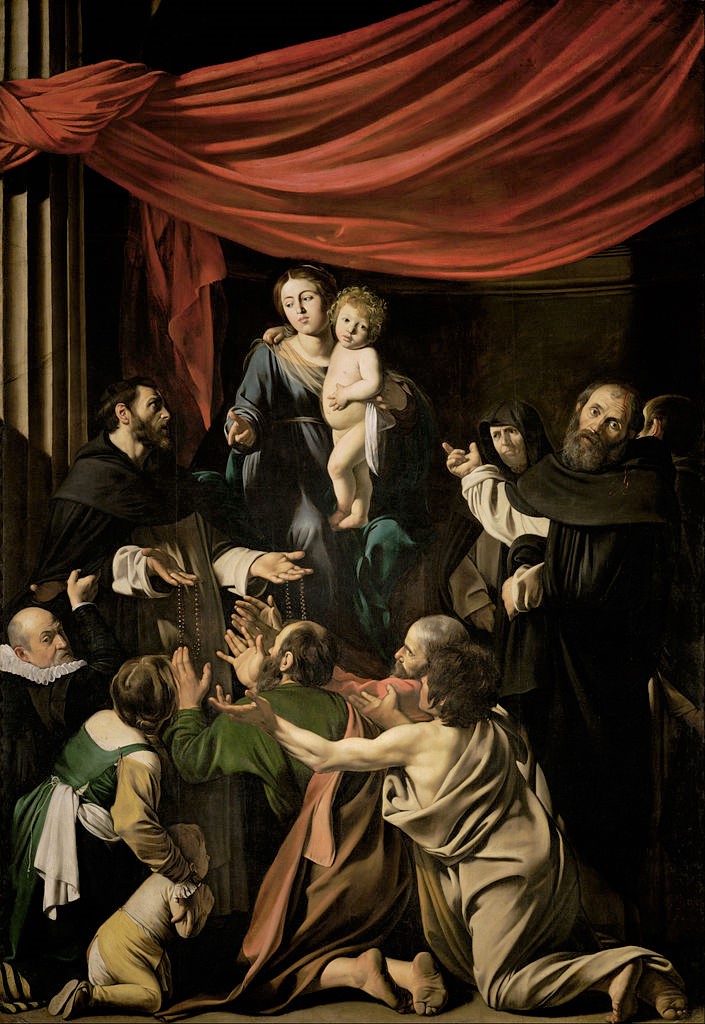 2 thoughts on “Transphobia in the Guardian”