Why is there identity politics in Art? It is a reaction to failings in the art world. All art is political. I love The History of Art by EH Gombrich, but it has only one work by a woman. Here it is. 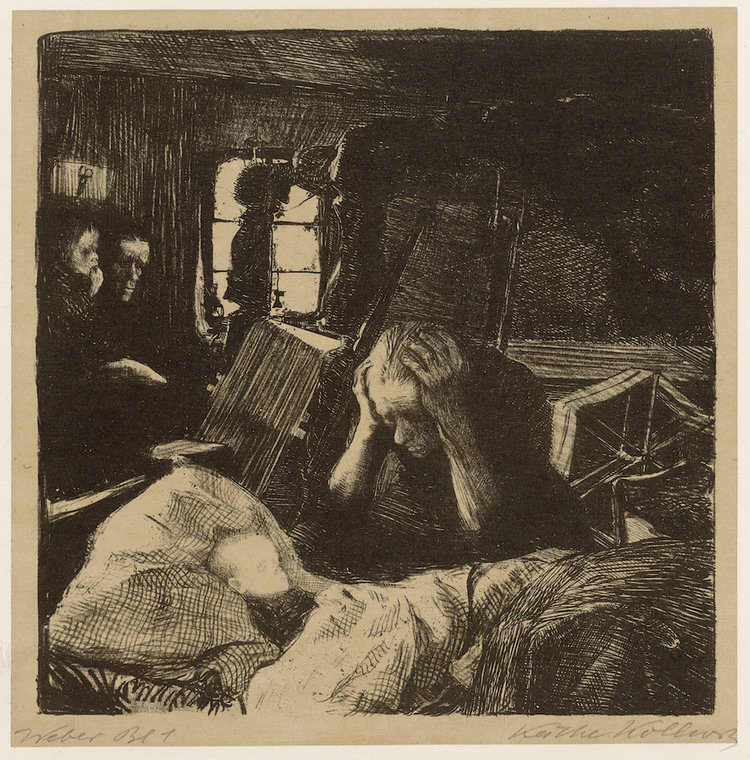 Women’s art addresses issues important to women from a woman’s perspective. Men will benefit from seeing this, by gaining empathy and understanding. Almost ignoring women’s art, Gombrich missed out the perspective of half of humanity. Artemisia Gentileschi’s rapist said she could recover her honour as a woman no longer virgin, by marrying him. See the glorious contempt her female subjects have for the men: 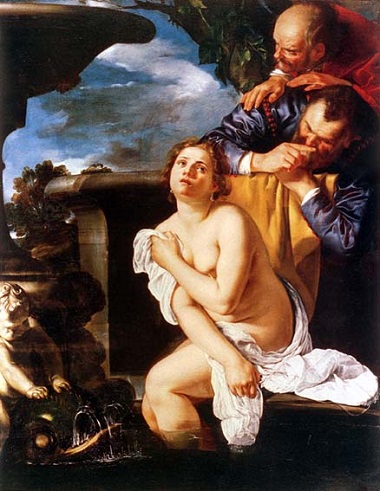 Ahmari says political work is not beautiful. Identity politics is fundamentally opposed to free speech and free thought… art that deals with race, gender, sexuality, power and privilege dominates the art scene. He contrasts this with a Caravaggio: 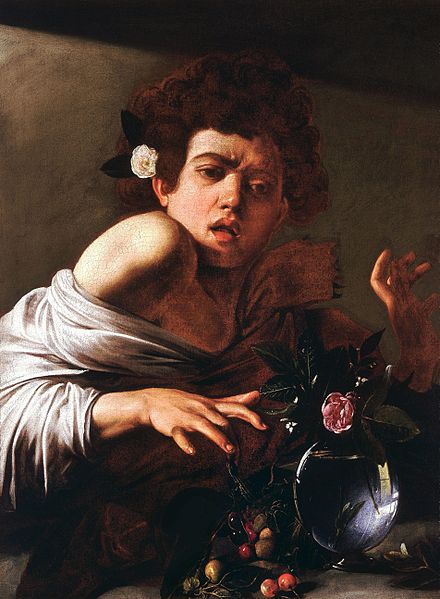 The beauty of Italian art in the 17th century is clear. Both these paintings show real people, in complex poses. Their faces are expressive. The boy reaches out for fruit, and is unexpectedly bitten, perhaps a metaphor for a dose of the clap.

Ahmari wants art to describe the world as you really see it rather than putting everything through a political frame. Yet the experience of unwanted sexual attention is the world as Gentileschi experienced it, and any man should see is widespread.

It is not clear that the “identity politics” work, dealing with the women’s issue of unwanted sexual attention, is less beautiful. However, the skills of representation are so widespread now, when many illustrators could show a wide variety of facial expression and human posture, that art has moved on. Gombrich shows how the greatest painters learned them from scratch, over centuries, but now they can be taught in amateur sketching classes.

Contemporary art is beautiful in a different way. Charlotte Prodger’s Turner Prize-winning piece is beautiful. In her video she talks of being misgendered. I relate to it. My experience is in her art. It may not be Ahmari’s experience, yet art about how trans and gender variant people experience the world directly speaks to us, and enables others to see our point of view- it enlarges their empathy and understanding.

Ahmari claims not to be criticising autobiography in art, using one’s own life, but you need to say something about the human condition as well, not just about yourself. Well, Ahmari does not get misgendered, but he probably gets misunderstood and misrepresented. If he approaches Prodger’s work with empathy and imagination rather than judgment, he would see the universal message in it.

In the programme, Alexander Adams says publicly funded art tends to have a very narrow political view. There should be art that is critical of multiculturalism, critical of immigration, critical of transgenderism. If he can point to any good art critical of immigration I would like to see it. I am reminded of the Great German Art exhibition, running concurrently to the Degenerate Art exhibition. We hear again the idea that the Trans Lobby is fantastically powerful, shutting down debate, and yet here are all the free speech advocates, endlessly inveighing against us.

All art is political. It either underpins or subverts current power structures. It either silences or gives a voice to disempowered groups. In the programme, Tiffany Jenkins says I think the arts have been asked to solve social problems. So they’ve been asked to improve the lives of communities by raising their self-esteem, by making them feel good about themselves. I don’t think the arts can do that. But I loved the exhibition Art in the Age of Black Power: Black people, standing tall and proud despite oppression. Seeing these heroes must have inspired Black people looking at these works, and I, with my white privilege, can delight in that heroism and resistance.

Ahmari mentions the controversy over Dana Schutz’s painting of Emmett Till. He ignores the point that Black artists are underrepresented in white-run art galleries. When we are equal, we can share each others’ stories, but the powerful should not use the stories of the weak for their own gain.

My experience as a trans woman is generalisable to universal human experience- of the tension between being yourself and fitting in; of feeling and hurt and delight. Art by trans people seen with sympathy can enlarge the understanding of its audience. It is not “identity politics” to show art by gender variant people, but simply Art- seeing the universal in the particular, enlarging our understanding of what it is to be human. As Ahmari says, probably most of the art created now will not be around in fifty years’ time- but the best will survive, and will include art by minorities. Because not only white western men can be artists.