What could that possibly mean? Or,

It would be easier in a painting. Or, I held up three fingers, spread, and R immediately guessed what I meant. In the painting, three lines which could conceivably be church windows- long arches, three in a row- clearly were not.

“He was 51, and his girlfriend was in her twenties,” said a man excitedly to his son, who was either too young to really be interested in girls, or embarrassed. “Think of that!” So Picasso painted her, over and over again, in the same colours and much the same lines. Her head is back, her profile showing. Her forehead and nose form a straight line, a profile I find attractive, but he sometimes exaggerates as a lump.

The head back, in Guernica, is the abandonment of grief, but here can only be orgasm. Painting after painting, about three feet by four, all with that \|/ symbol, many with disembodied penises, each done in a day or so, an exuberant show of delight and exploitation of the punters who would buy anything.

I got to Tate Modern at 8am for the members’ hours, and so had two hours with Modigliani fairly quiet. H did not like all the female flesh, the caption noted that the pictures were sold to men, and that they were seen as obscene because of the pubic hair. Real Art had none. Any excuse, eh. I found myself looking at the faces. That woman pictured has agency. Sometimes the eyes were hypnotic.

One of The Tanks is empty but open. I walked across it, loving how the acoustic made my hand-claps pistol shots, loving the space, then went to ask a man with a camera, with a foot-long lens, how to convey the grandeur of the space in a photograph, and how much was found object, a fuel tank, and how much artifice. Those oblique pillars are new. He had a picture of me, clapping, in light from above, and promised to email it but hasn’t. Perhaps it was too blurred. I touched a rough patch in the wall, and a bit broke off.

In the Members’ room, queuing for a cup of tea I asked a man what he had seen. Once you know they’re penises you see them everywhere, he said, then speculated on whether the Nuisance action will stop people on the viewing platform from looking into those luxury flats. We have little sympathy for owners or residents. 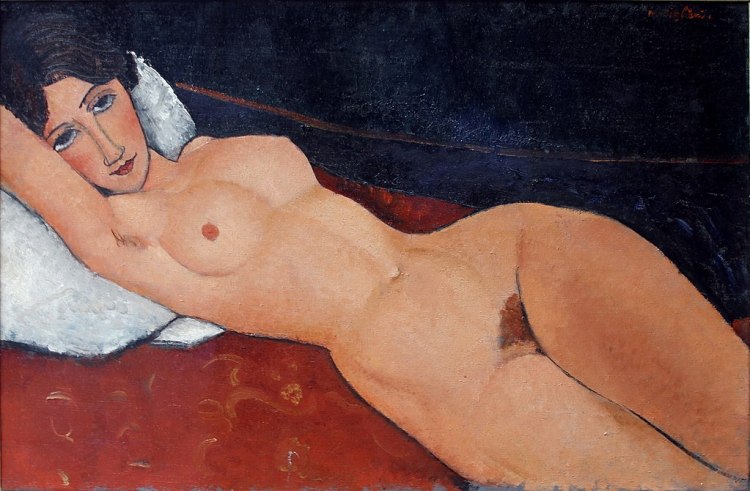 2 thoughts on “Year of Wonders”