Oh, those poor LGBT! They have such a hard time, you know.

Well, we do, I suppose. I am left handed, and things are often designed for right-handed use. People assume Straightness, even I do, and many feel uncomfortable with queers. Yet, basically, Brexit that. Let us enjoy our triumphs, not dwell on difficulties.

This has been an arty week. I saw Francis Bacon on Tuesday and was irritated by the phrase “anxiety and hopelessness”, and then on Friday I saw the Bhupen Khakhar exhibition, whose paintings are beautiful, and loathed the patronising git who wrote on the wall, When Khakhar developed cataracts in the early 1990s he adopted a looser, blurry style of brushwork which allowed him to depict suggestive scenes of same-sex encounters. Well, gay lovemaking remains a crime in India, yet Khakhar’s oeuvre expresses his sexuality from the beginning. Here is “Man Leaving” from 1970. It looks like a wedding, no? 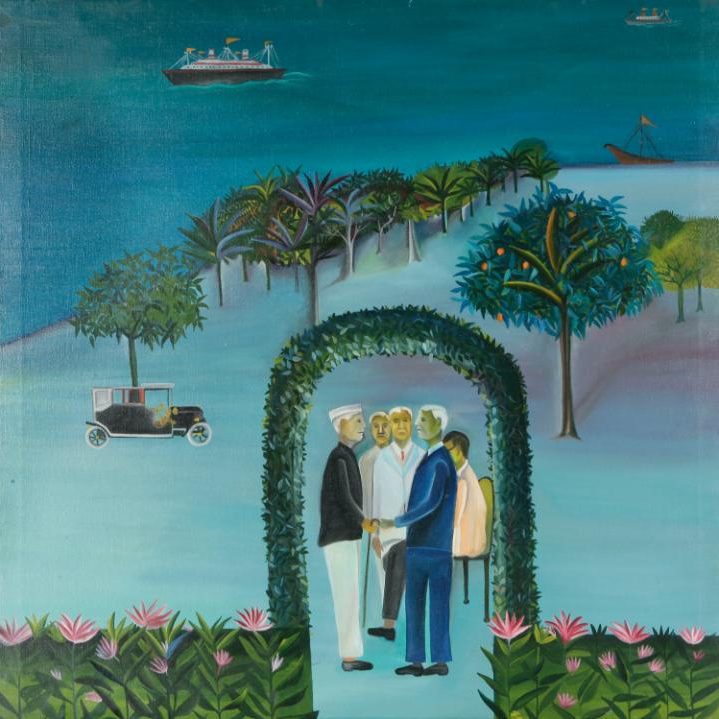 Possibly those who hate queers would not consider that possibility, so think the title “Going abroad” indicated a parting; but perhaps they would be hyper-sensitised to suggestions of gayness, so be wound up by it.

Here the many colours on the apron suggest oil paints, and how could that hose be anything but a penis? 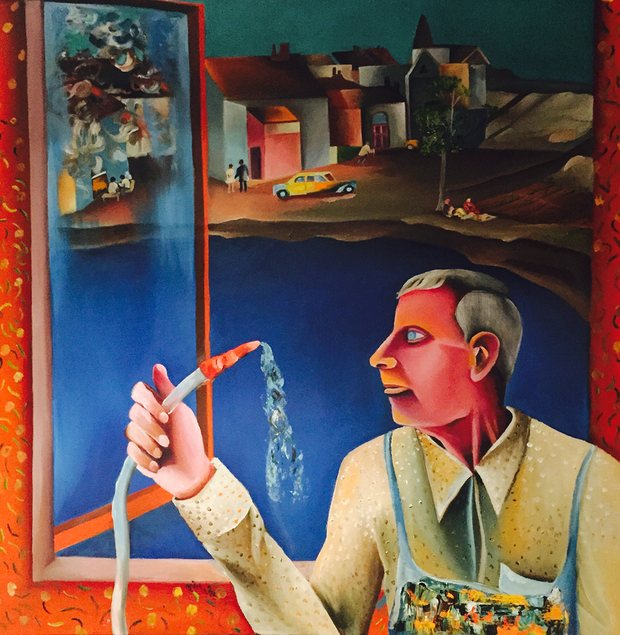 It’s just funny. I love the smile on his face.

And finally Yayati from 1987, from a myth in which a young man gave his youthful vigour to his father, but the father wandered the world and found no need for youth. I love the colour, and the fire of the wings. 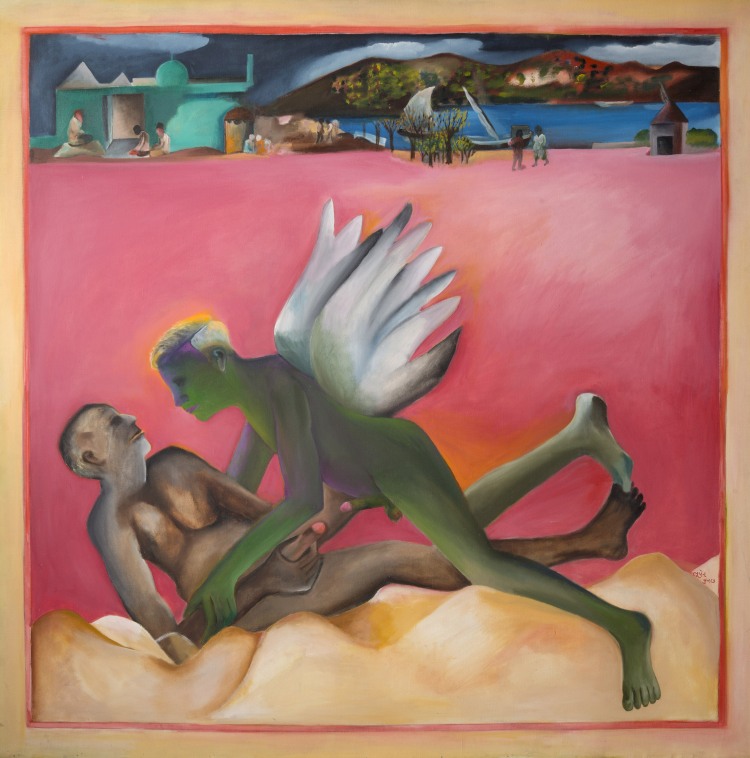 I sit before this, entranced. I also loved “At the end of the day iron ingots came out”, where Khakhar depicts himself on the lavatory during his cancer, and the ingots look like a continuation of his depicted bowel. It is agonising. It hangs behind a picture of him having an enema, and the result in me is a powerful sympathy and love of his humanity. I feel some of his pain. It is raw, honest, truthful, which is what I strive for here.

I wanted a post-card of it, so asked a delightfully camp young man at the shop. There is to be an LGBT artists’ exhibition next year, their first. I look forward to that. He loves the window cleaner too, and the beauty of the colours. That green is so cool and restful. I agree it is such a joyous exhibition. And yes. That is definitely a penis.

I want his sexuality to be seen as completely normal, and that means allowing people to see it or not, as they can, in his paintings. “Ooh, look, that’s a gay bit” is not supportive, really, it maintains us as the exotic other. If someone is expressing derision or disrespect for the quality of gayness please do correct them, but don’t-

oh, I don’t know. Work it out for yourself. What would you want?

That’s it. Don’t look after us. We don’t need looking after generally, just defending occasionally. It’s like benevolent sexism- you mean well, but you hold us down.