On hearing that Mr Rochester wore women’s clothes (!) I had to investigate.

In chapters 18 and 19 of Jane Eyre, he goes from his house on business, and returns in a red cloak and a black bonnet, or rather a broad brimmed gypsy hat, tied with a handkerchief under her chin. He/she proceeds to tell the fortunes of the unmarried women in his house, unsurprisingly telling such things! She knows all about us!

Finally he speaks to Jane, who stands up to the gypsy, and in hinting his love for her he think[s] I rave in a kind of exquisite delirium, and reveals himself. She rebukes him: now, sir, what a strange idea!

Possibly he could not have played the trick dressed as a man, as he would have been recognised. A man would have to take off his hat, entering the house, a woman might keep on a bonnet. He is mean to his fiancée, who wants to put the gypsy in the stocks. Jane thinks there is a trick, but imagines it is Mrs Poole the servant- the thought that a man might dress as a woman is beyond her. It’s the sensible thing to do, if he wants to play this dishonourable trick, and yet the taboo of the clothes makes it worse.

I had read the book, and remembered almost nothing of it, only an incident at school where Jane is humiliated. Now, I love the quiet dignity of the governess, and may read it again.

I heard of the scene in In Our Time: Melvyn Bragg expresses shock that Mr Rochester wears women clothes, then has to correct himself, -wears them on only one occasion.

Googling, the incident was difficult to find. Wikipedia and The Jane Eyre Wikia do not mention it, nor do Cliff’s Notes. It is in The Millions, a list on how Mr Rochester is a creep. No. 1 is that he locks his wife up, but the cross-dressing is no. 4. Why Jane doesn’t throw up in her mouth a little when she discovers his little game is beyond me. The writer adds I wouldn’t be surprised if Rochester likes to wear Jane’s underwear, too. Or, let’s be honest: Bertha’s.

I found that from The Squeee, Why Mr Rochester is not a creep. Dressing in drag does not make you a creep, she says, trenchantly, and I am relieved. She is a huge Jane Eyre fan: her tag line is REVIEWS ♦ RAMBLINGS ♦ ROCHESTER ♦ OCCASIONAL RICHARDING. Richarding is squeeeing about Richard Armitage.

Should one incident matter? It depends whom you ask. This pdf makes the description a feminist statement: “No longer believable as an interior ‘truth’ of dispositions and identity, sex will be shown to be a performatively enacted signification (and hence not ‘to be’), one that, released from its naturalized interiority and surface, can occasion the parodic proliferation and subversive play of gendered meanings.” A woman writer dressing a male character as a woman demolishes patriarchy.

Hilary Mantel does it as well. In “Bring Up the Bodies”, Wriothesley’s pretty wife is dressed as Maid Marion, her hair loose and falling to her waist. Wriothesley is simpering in skirts, to which his toddling daughter clings. ‘I’ve come as a virgin,’ he says. ‘They’re so rare these days that they send unicorns out looking for them.’

See also: Transvestism in Walter Scott. Cross-dressing in Ulysses.
The Millions. It is a site about books.
The Squeee. 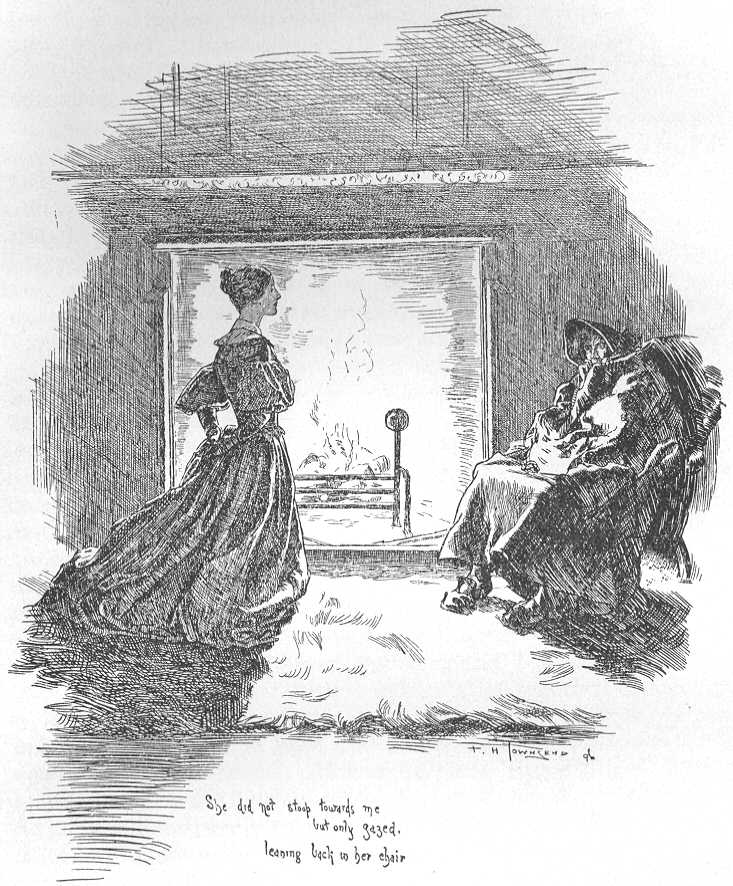 9 thoughts on “Transvestism in Jane Eyre”