To Medea, at the Almeida theatre. It is a slog. I had been hoping the all-consuming anger would invigorate, but it enervates. They destroy each other.

It starts with the mother from hell, her beautifully grating voice in a triumphant monotone saying over and over, “I told you so”. All Medea’s suffering is her own stupid fault. If only she had done exactly what her mother said, she would be happy. Her mother was happy. You can see this was a lie, and so can Medea, who stands quite still, head down, shoulders slumped, part turned away.

So much dark beauty in this play! The mother’s voice, the daughter’s posture, beautifully observed, beautifully real, beautifully merciless. The complete absence of hope or joy in the whole ninety minutes gives a long, slow burn of catharsis, rather than a single moment.

The chorus of five yummy-mummies with their babies blame her, of course. They put up with it, why should not she? They keep going, why should she think herself worth any better? She is not completely stupid, she knew the deal. He provides the money, he gets to play away. The money, and the subtle gradations of importance it gives them, is some compensation.

The play is one long marital row. The topics are relentlessly banal. The boys want their father to take them to Arsenal, and do not understand when he does not. Medea is a writer; Jason uses his contacts to prevent her getting published. Then he has a job offer, and she manages to thwart it. They destroy each other. He appears in metal breast-plate, then in ancient overcoat and rags. She whines in self-pity.

There are steps down in the middle of the stage. She pushes the boys down them, then slowly shovels grit down the hole, trudging slowly back and forth from a grit pile at the back of the stage scattering grit as she goes. I loathe that scattering of grit, so untidy, so wasteful!

There is not even her death as a relief, only a lapsing into silence. 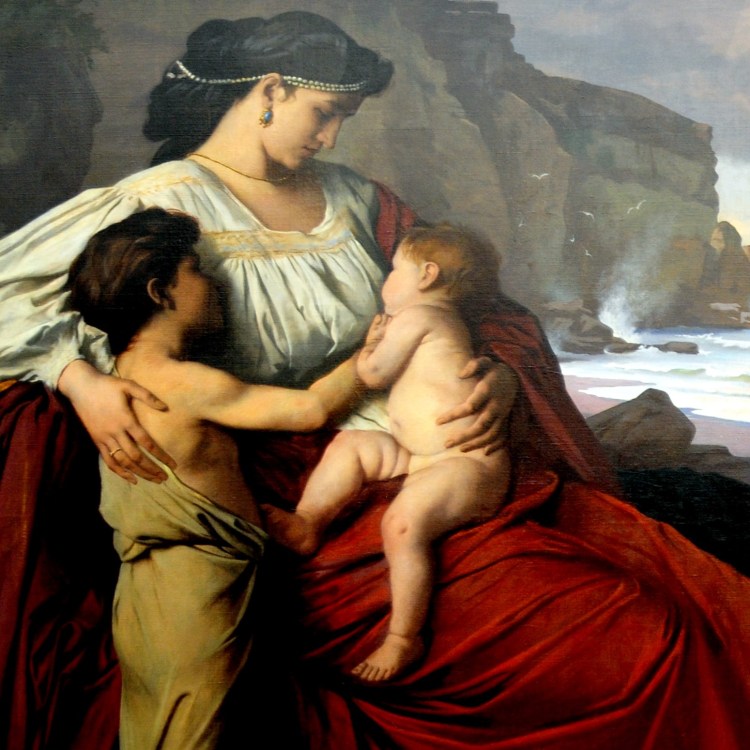