Why should anyone smile in a photo anyway?

The aim was to look like a Truffaut heroine. I wanted a picture of me with my new hair, but I wanted it dark. You do a portrait with an uncluttered background unless the background or situation says something about the subject. In this case, in a harsh city environment I am entirely of myself, unfazed.

But we need to agree. “Smile,” she said. Well, no. That is the whole point. Not smiling, not doing the conventional thing, giving the picture an atmosphere. I did not want to appear at all winsome.

And take lots. It’s digital, there is no loss except wearing out the battery which happens extremely slowly. So keep snapping. Don’t try to find a good picture before pressing the shutter. Etc, etc… and still she only took a few. So I am not satisfied with my expression in any of them. The above one is the best I suppose.

This sort of works too, except I would have more of the tunnel- emphasizing the size of the surroundings. Which is why, to me, this does not work at all:

H liked it because it is cropped so that the hand rail goes down to the corner. But she stepped to be opposite me, rather than above, to show the vastness of the tunnels through which we moved. Contrast is what I was after.

This begins to get the size contrast: the geometric, impersonal and the Human still here.

My smile looks so artificial to me. What of this?

What? You’d really rather be arguing, with your mouth open like that? Well, YES!!!! That’s what I want! They are for Me! 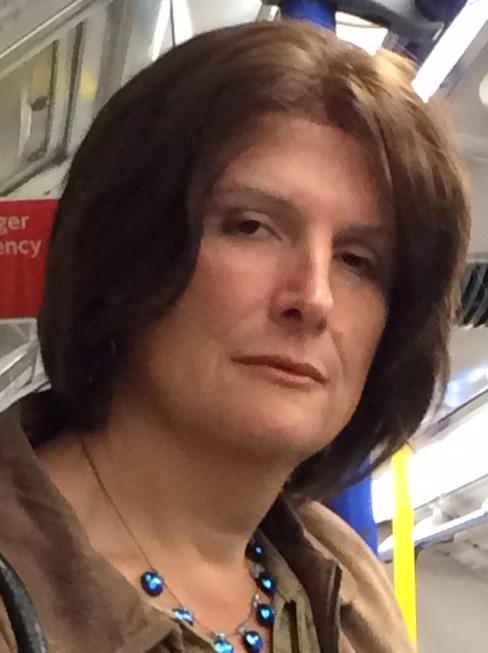 Not necessarily like this, though, which is why taking LOTS is so important, to get a choice of the continually moving face.

Oh, and here am I on stage at Greenbelt. 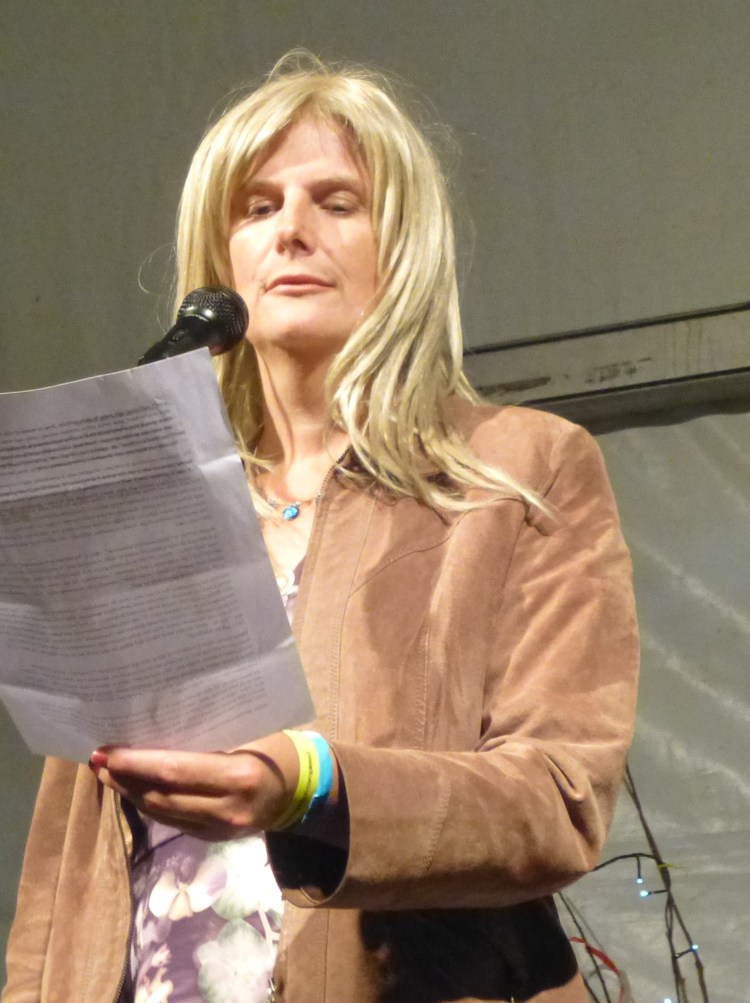