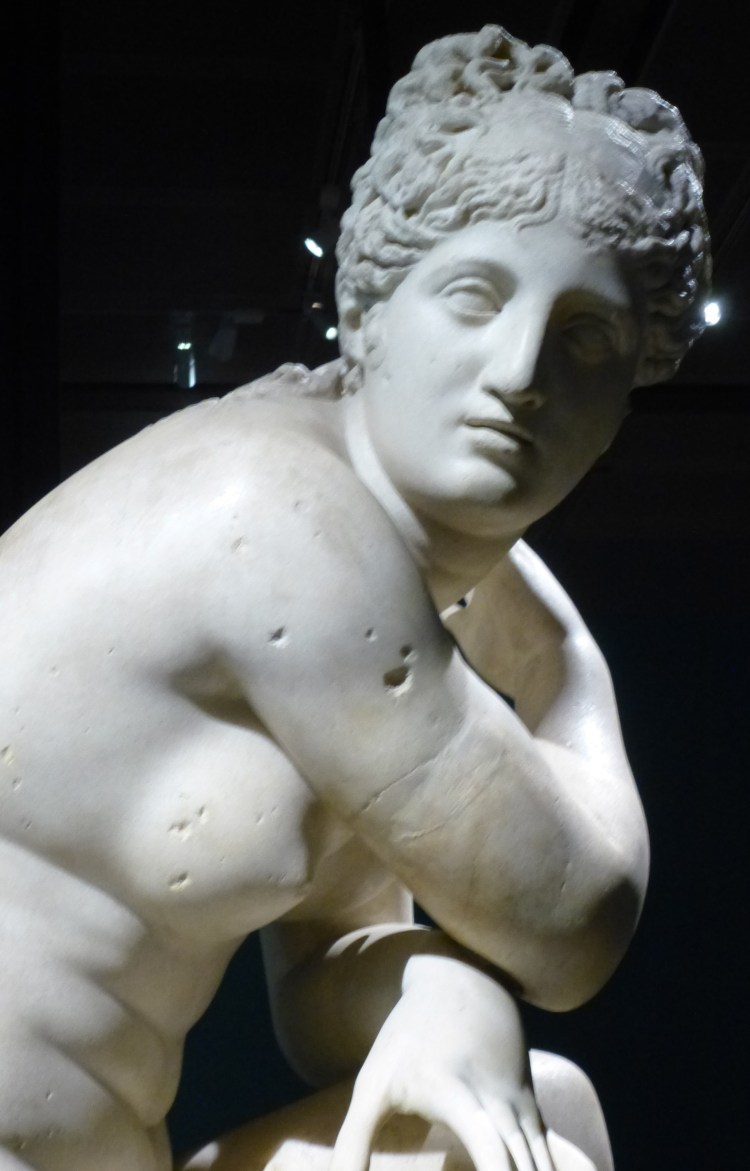 The officious guards did not stop me taking photographs, only taking good ones. I held my camera furtively at waist height, and stood at angles where the guards I had observed could not see. But I want a record of this exhibition, which included a Hermaphroditus and some very feminine Dionysuses.

Some of these are Roman copies of Greek originals, some are modern copies, such as Athena: 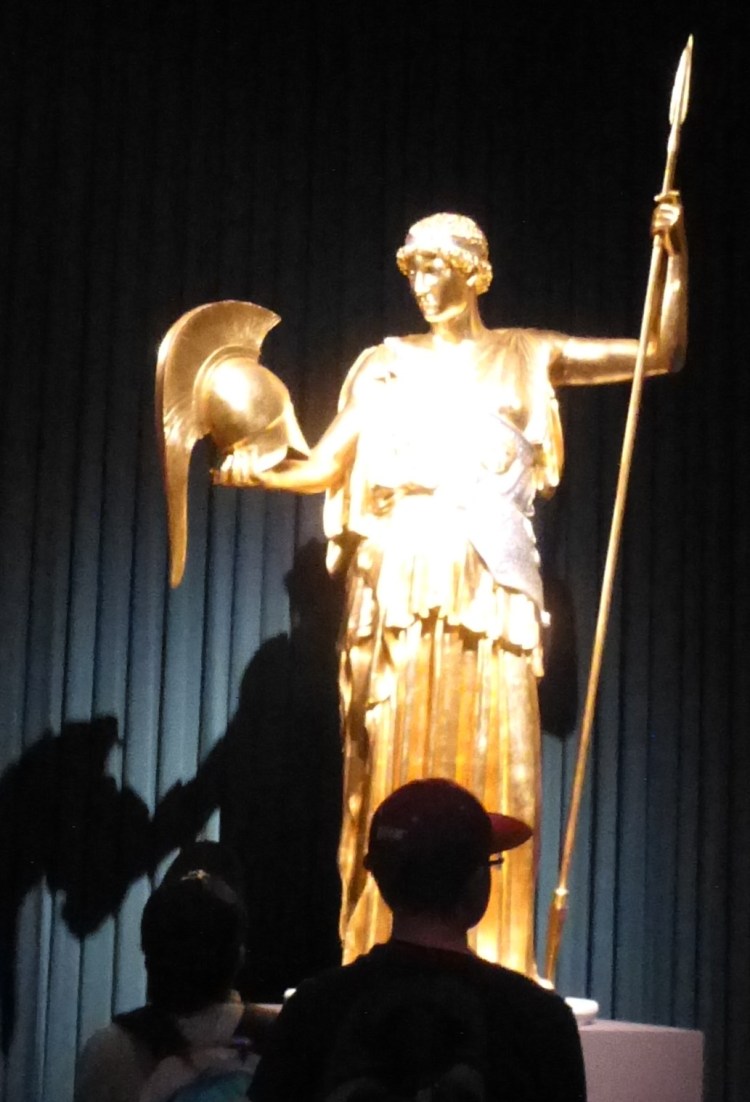 See how the light on one statue looks so different from different sides. 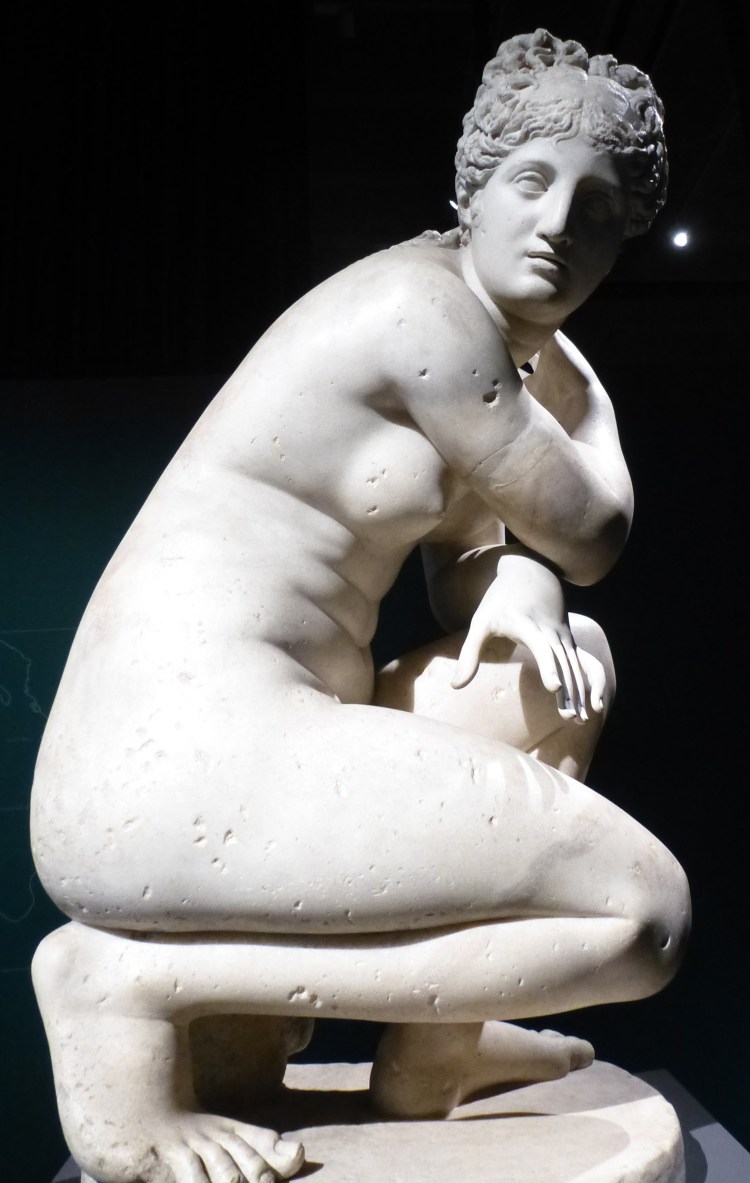 You can see the discus thrower’s technique in the snap of his hips: 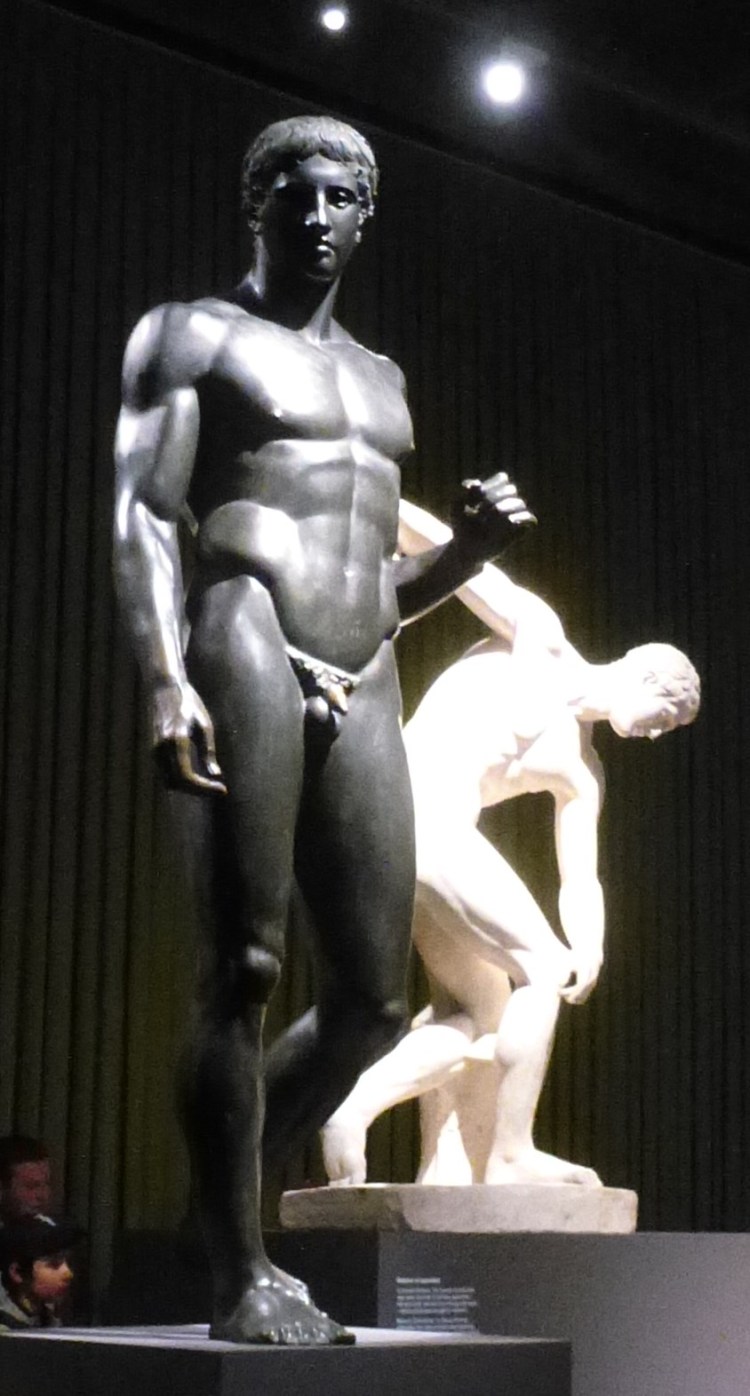 A teacher commented on the vases depicting the Labours of Hercules: “See the blood spouting from his neck”. “How to engage teenage boys,” I commented, and she laughed.