I met a woman I found very attractive, and flirted a bit, dropping my eyelashes. She’s rather more butch than average, obvs. As I passed her she murmured, “Nice frock”, and I shivered. We went for coffee. I noticed how many murals there are along Old Street. On the Youth centre, there’s one where two windows have been converted into shades for a huge face, and a history of the area in pictures. A little further on, there is the word “CREATE” in huge multicoloured letters, where she took a selfie of us. From the coffee shop, I looked out at this,

which took the energy of heraldry, and set it in motion. She’s a photographer.

-Do you want a picture from out there?
-No
-Oh, you want it in context.

We probably won’t even fbfnd, but it was nice. I told a lot of my story, heard a little of hers. We formed into groups of four, and I looked at a woman’s insincere smile. As I stared, she kept simpering, and the eyes were not smiling. At the end of the workshop, she told me she had seen the contempt in my eyes, which brought out her placatory smile. I have rarely had such an instant, harmful reaction to another person like that, a vicious spiral. We hugged, but could have connected more.

Jacyntha is an unusual name, but I thought there were two there. There was the petite woman slumped at the end of the front row, and then there was the energised woman flirting at the bearded man. God she pissed me off. She came in late on Sunday, arranged her stuff, sat down, settled down, called out “Sorree, guys-” loudly and not quite winsomely. I of course had been there for half an hour, the good little girl ready early (As I walked the quiet Sunday streets, two geese overhead pair-bonded, flying slowly and honking) a little rueful, or possibly hugely resentful, that my Good obeying of the rules wins me no points at all. At least I realise it does not.

I should pick up some tips from Jacyntha. What a glorious animal way of being. I suppress sexuality and imagine I am not particularly highly sexed, and find sex difficult and embarrassing (yes, I know) and think of it disapprovingly. I saw again that advert for Las Vegas tourism and disapproved. What do you think? Well, they thought it quite funny, and meeting people is good. Yet on Sunday I enjoyed flirting.

It goes back to my first shame. I am feminine, yielding, and thought that completely Wrong. I felt the weight of it: I felt I was just a mass of shame and resentment. Clare said, “I think we all are”. Not as much as me, surely? Jamie, leading the workshop, said we are like a piece of paper screwed up into a ball, and at these workshops we unpick ourselves a bit- a metaphor I have long found meaningful- “and then show each other the creases”. Oh flip. Yes, I do. Compulsively. And the creases are not the interesting bit.

A woman married a Catholic, and when she was told of the church’s funny ways the group leader said she wanted her husband to have a vasectomy. My informer opposed this, saying she agreed with the church. No: you oppose the vasectomy because of self-determination, the church opposes it for self-abnegation. One has sex for ones spouse, for reproduction, for the church, for God, but never for pleasure or for self- which is the only reason for it. 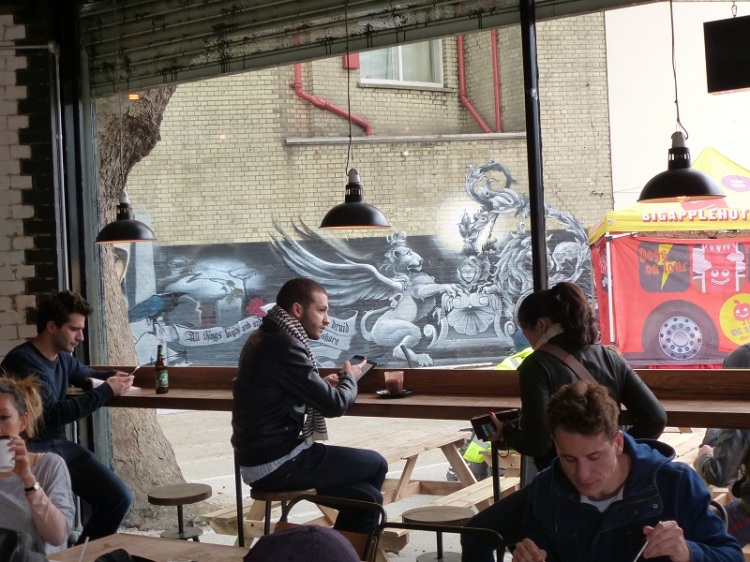