I am growing: I write about this differently from how I would have two days ago.

I was with parents of small children discussing potty-training, general stuff. A mother notices how rigidly gendered toys are: an art easel is either pink or blue, for goodness’ sake. Why can’t it be wooden, and wood-coloured? Fortunately, — is quite happy playing with “boy’s” or “girl’s” toys. At school, another child mocked his pink shirt, and he said, “Don’t you know, real men wear pink?” Wonderful, repartee in a six year old.

On the Tube, a woman gets on with a man and a girl. The woman clutches a cuddly toy penguin, a cuddly toy Santa, and a three foot high helium balloon with a picture of Disney’s Snow White on it.  She loses grip of Snow White, and the balloon hits the ceiling. I catch her eye and grin. “Nightmare,” she says. She pulls it down and it sticks out across the aisle to her daughter, who is sitting forward in the seat despite being told to sit back: as I watch, she caresses the plasticky surface of her balloon.

The thing I would not have written, would not have admitted, is that I was staring at that balloon with great interest and a mix of emotions. I notice the full petticoats and the shape of the pose. It is a symbol for the child, but also for me.

I absolutely agree that there is more than one way to be a girl, and that heavily stereotyped and limiting roles for girls are a bad thing: but not that Pink Stinks. By all means produce wooden easels, and encourage girls to play with chemistry sets and join the school debating team; but leave Disney Princesses alone, for me and those like me.

On the train, crowded with people standing, a man explained that there was one fewer carriage than there should be. Just to make conversation, what are you doing for Christmas? His sons are joining him. He does not know what men in their thirties have in common with him: they have all these electronic devices, and he does not understand them at all. He got off, and three women got on. I stared admiringly at one, in a long-haired fake fur pelt and a narrow headband with a row of fake pearls (large and quite spherical) surrounded by glittery stuff. The woman beside me wore a Christmas red jumper with a cartoon reindeer face on it. I commented that not everyone could carry a headband like that off, but she does, beautifully. The woman in the jumper agreed. They are off on a works night out, to see the musical Matilda and have dinner. She forgot the champagne- it was in her fridge chilling and everything. I condole. What work do you do? They work in a bank- she hopes that does not bore me, she apologises. No, not at all.

I have been in jeans too long. Sod comfort and fashion, I am wearing skirts more. 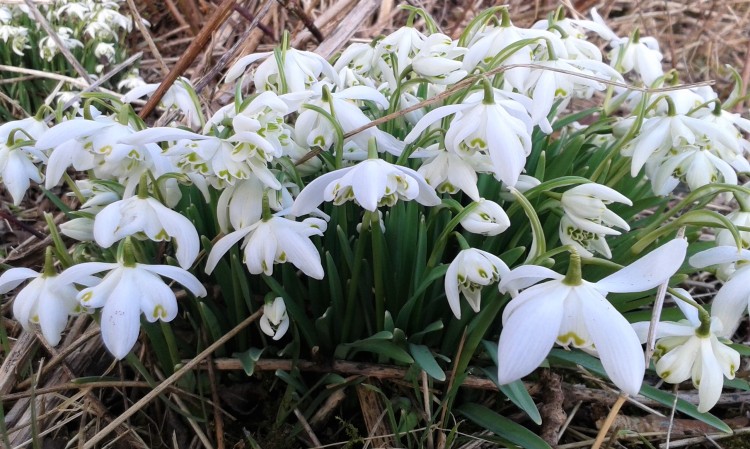