So quickly it becomes normal, and will just be nice, but right now there is something magical about this display of wedding cake decorations I passed in Chester.

In Leicester station the wee boy climbed up on the seat beside me and announced “We’re going to Derby!” Hello. What will you do in Derby? “Important Things”, he said, and turned his back on me.

Derby to Crewe on a single carriage. The man sitting beside me seemed gauche and shabby, and I wondered how to start a conversation. “Do you know how far it is to Crewe?” He did not. I guessed fifty miles, Google says 50.7. He is happy enough to chat, and complains it takes over eighty minutes, with ten stops, then complains about how crowded it is at commuting time. You pay the same but do not get a seat, especially on a Friday night when the students are going home.

What do you do? He works for the NHS, as a clinical psychologist, in Stoke on Trent, which I find the most depressing place in Great Britain.

So many of his patients have psychosomatic pain, all over. I have heard doctors refer to “bodyache”. It is all in the mind. He tries to get them to do something, but about one in ten are completely negative. What do you want? They don’t know. If they would take exercise the brain would release stimulants. He tells them not just to sit at home and ruminate. 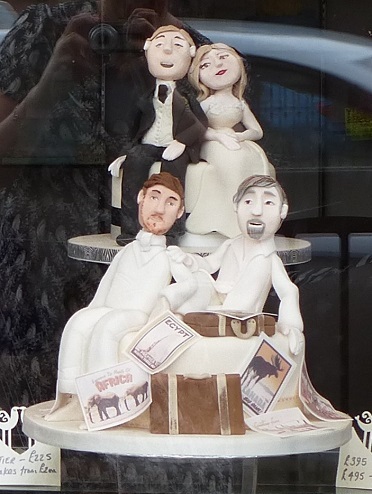 (Oops. It is a good job he did not ask me what I do.) Some of them are very badly hurt, after losing their job, or a partner, or relatives- these things are very stressful- but it breaks them, and there is little he can do. They might have six sessions of cognitive behavioural therapy, and know nothing more at the end. One man had a deep personal hatred for Donald Trump. Why? he asked. Trump does not care what you think. Two years later, the man had got over it.

He hears all this negativity, and it rubs off on him. Being positive helps with anything: it is easier to stop smoking if you imagine what you want, rather than what you want to resist. I asked him if he thought Lumosity, which I have started, is any good, but he was equivocal.

I am apparently better than 55% of my age group on Lumosity, a good stolid result, and I console myself that only people above average would be doing it. However as you go down the ages I get better than fewer people, until in the 20s I am only better than 23% of people.

In Crewe, I met a woman I had known through a TS email support group since about 2001. We spotted each other almost immediately- few people wear dresses at noon in a railway station. I started on how depressing Stoke is, and found she was born there.

Then on to Chester, where I played the tourist.

I am away in Bath, at the Yearly Meeting Gathering of Quakers- without my computer!! I have posts scheduled, and will return here on 9 August.