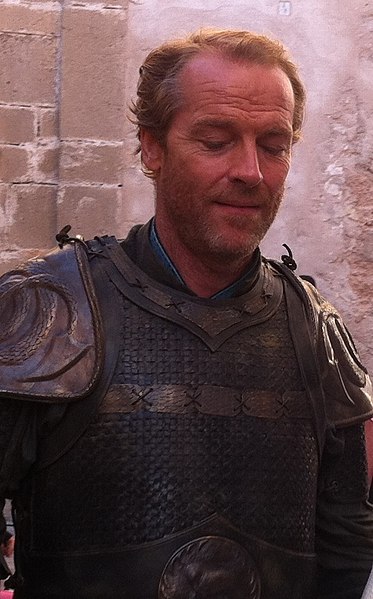 Irish drama comes to UK TV screens, familiar yet alien, dark, twisted and tortured. It is not necessarily popular over there, as the Irish Times found “a touch of the Oirish” in Jack Taylor, clichés Ireland should leave behind. Possibly we British have less money to make our own.

Love/Hate is a gangster drama about a drug lord in Dublin and a young challenger. Life is cheap. A man fooling with a gun shoots himself: he had taken out the magazine, and did not know there was a bullet in the chamber. A woman plots a fairy-tale wedding in an expensive venue, but it is the wedding from hell as the gangsters get drunk and fight. I am reminded of The Hostage, Brendan Behan, which I saw- in Belfast, I think, could’ve been Dublin- where the young new IRA men of the 1950s are incompetent and think of killing, and the older IRA man is trying to sort things out but practical about killing if he needs to. In the end the soldier dies by accident.

Jack Taylor, a gumshoe from Galway with some sub-Chandler voiceover, had silliness about a serial killer who posed corpses in scenes from classic Irish drama, after a drama about Magdalen laundries. Three friends were tortured by a sadistic nun referred to as Lucifer. One died having been locked outside in pouring rain, made to pray the Rosary. The other two were broken, and

led very different ruined lives, making a hell for their families. A woman who refers to the inmates as whores, who deserved everything that happened to them, was revealed as a former inmate herself. There was a reconciliation scene, when a son, having hated his mother, found out she had been an inmate, and they sat beside each other, silent: human beings, as close as we can be. Intensely moving.

Quirke, British-Irish co-production, starred Gabriel Byrne as the anti-hero, lacking all conviction, who appears perceptive or ignorant as the plot requires. British pretence and hypocrisy is turned up to the maximum, and the darkness underneath involves church orphan scams and child abuse. In this world a murder is the right thing to do, and a woman haemorrhaging after a botched abortion refuses treatment as she wants to die. So perhaps not perceptive or ignorant, but in denial, lost in a fog, unable to choose between harm or greater harm.

In Amber, a teenage girl goes missing in Dublin. Her father, previously a successful businessman, becomes obsessive, chasing random innocent people. Her mother, eventually, moves on, with a new relationship. We are teased in flashbacks of the girl, and shown moments from the last day her father saw her: she skives school, goes to town, takes the tram- in the end of the last episode, she walks down a country road, and disappears. There is no resolution here.

So I won’t give one either.

Though I love that photograph, taken by Gailirish and on Wikimedia. He both co-operates, with that direct gaze, and sabotages it with the hand thrust forward; she gets a shot in a vital moment; in that moment, they are in relationship.