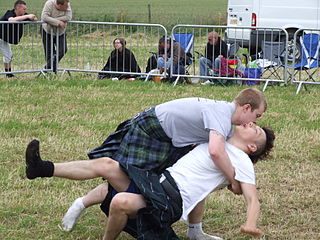 For as long as a hundred of us remain alive, we shall never consent to submit to the rule of the English. For it is not for riches that we fight, or for honour, but for freedom alone, which no good man loses but with his life.

We can still RISE, NOW, and BE the NATION aGAIN-

The last I imagine belted out raucously by a large group of drunken men, in Brazil, perhaps, if only we had qualified. My eyes get a wee bit moist, though not enough to spill over. This is mine, it speaks to me, for these are my people and my roots, and if it is us against them I am always with Us. Scots.

fight in the hills; we shall never surrender. I decided to search for “We shall fight them,” and of course this came up first. How could it not? Because we never did consent to submit, we entered a partnership freely, and recently both Prime Minister and Chancellor of the Exchequer were Scots. David Cameron, though English, has Scots antecedents. Tony Blair went to school in Edinburgh. We are stronger, united. This is my country, one country, Chilterns and Grampians, Edinburgh and Manchester.

It is a mean and paltry thing, remembering the one battle that we actually won, seven hundred years ago. Great fun for a day or two, perhaps, but- have we moved on? Just a wee bit? The lives of most Scots would not be greatly different under Edward II of England, or Robert de Bruys, another Norman lord.

Scots consider the Independence referendum with a hard head, and know that even if we could up anchor and sail to the Mediterranean or the Baltic or wherever, it would be a poor bargain. “Better Together”, the campaign to say “No, thanks” surges ahead in the polls. Whether or not we could get back into the EU, that is where we will trade, and despite Cameron’s recent bungling our voice is stronger as a British voice.

I was never more consciousness of foreignness in my country than when cycling south out of Belfast I saw a wayside pulpit reading “No fire escape IN HELL”. The English have a softer Christianity than the Scots, less Reformed. Then again the only bit of Welsh grammar I know is that the imperative is formed by the ending -iwch, the w being a vowel, close to an English oo sound. As Welsh is an official language, signs must be bilingual. On the North Wales coast I saw a sign about dog poo, exhorting owners to “bag it and bin it”, and the translation was “bagiwch a biniwch”.

We transcend our foreignness. I go to a place with a different character when I cross the English border, but it is still my country, and both would be lessened if we called the other foreign. And the Ode to Joy stirs my heart too.

8 thoughts on “Ourselves alone”