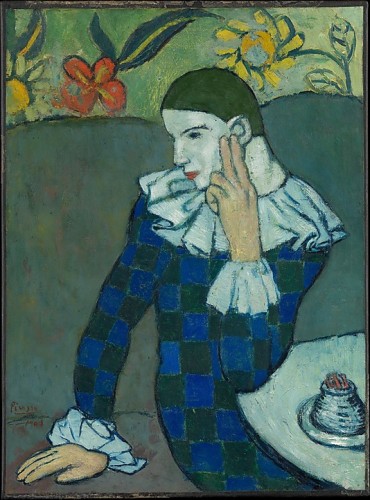 I do not argue for the truth of Christianity, but its value. I practise Christianity because it helps me live a good life. Good means good to me.

Truth is what is. If you shave God away with Occam’s razor because we can increasingly answer the question “How did we get here?” through scientific materialism, and claim there is no more evidence for God the Creator than for a teapot orbiting Jupiter, that is absolutely fine. Nevertheless the word “God” is useful to describe particular human experiences which have value. You might use psychology to analyse my occasional sense of Oneness with the Universe which produces awe and wonder, calm and acceptance in me. Congratulations. I will still use God-language. Christianity remains a useful way into these experiences.

The Bible has value. It is contradictory- Jesus claims to be God, but also simply man; Nehemiah calls for Jewish isolation from foreign cultural influences, as they are evil, but Jonah proclaims God’s love for the Assyrians, who had destroyed the Northern kingdom of Israel. That the Grand Canyon was not formed during a few months of flood, or even that human sacrifice is revolting, does not vitiate the Bible. I might think a saying repulsive and silly, and later find value in it. This means that being open to it being valuable profits me.

Christians do silly, destructive and oppressive things, like seeking to prevent legal abortions even for rape victims because if it was really rape “a woman’s body has ways of shutting that

down”. By all means tell me this, but in moderation. Christian history is full of vileness, of wars, persecution of “heretics” and outsiders, and support for vile things such as slavery. However this does not mean that I must reject what I consider to be “true” Christianity, which would support none of these things, and which is also a thread throughout the last two thousand years.

This post is inspired by Violet Wisp, whose pictures and prose I recommend. Of course I play what she calls the Supernatural trump-card– “My God is magic and does not need to make sense”- because the world does not make sense to me, and acceptance that I do not understand particular things helps me towards greater understanding.

You do not know what I believe. God is, and God is not. If I use God the Creator as a way into understanding- I am created in the image of God, therefore I am loving, creative and powerful- this does not prevent me from using atheist materialism in a similar way- I have evolved here over 4.5 billion years, therefore I fit. Practice is more important to me than dogma: I value sitting in silence with Quakers, where people speak when Inspired, and what matters is the value of what they say, not the precise mechanism, materialistic or spiritual, of Inspiration.

You might think of my Christianity as a series of hacks, to do as well as I can at life. You might think your life-hacks are better- but I have learned mine over decades, they work for me, and it is more courteous to describe yours than to demand I reject mine.

67 thoughts on “Atheists read this”