To survive, I need others in my community to show empathy, the ability to learn and follow social rules, reciprocity and peacemaking. So do other primates. The beginnings of our ethics and morality help a group in a social species flourish.

Other primates show reciprocity: If two monkeys perform the same task in an experiment, and are rewarded unequally, the one who is rewarded better is as angry as the one rewarded worse.Chimps are more likely to share food with those who have groomed them, than those who have not.

They show empathy: Given the chance to obtain food by pulling a chain which gives another an electric shock, rhesus monkeys will starve for several days. When two chimpanzees fight, others will console the loser, but among macaques a mother will not even console her injured infant. Consoling another requires a level of self-awareness and empathy only great apes possess. Female chimps will attempt to reconcile competing males, and prevent fights by taking stones from the males’ hands. So explains Frans de Waal in his book Primates and Philosophers, reviewed in the New York TImes.

They show a sense of social rules: where a chimp refused to share bananas he has found, the rest of his group punished him. I got this last from Stand to Reason, a Christian site which seeks to mock the idea of monkey morality: morality comes from God. It points out that in making moral judgment, we assess motive and intent, but asserts that we cannot infer that from the chimps’ apparently punishing behaviour- though it does not posit an alternative explanation for it. Strange to see the God of the Gaps argument trotted out, when it has failed so many times before: especially when it is already failing in this instance.

There are disputes among evolutionary scientists: EO Wilson believes that the better survival of some groups than others can drive evolution, as the survival of the fittest individual can, a view Richard Dawkins derides. 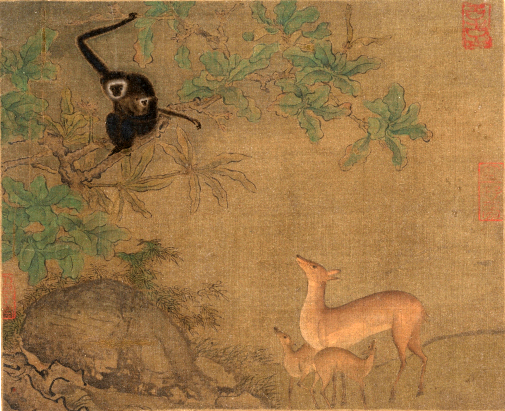 David Hume believed that moral views derived from emotional states, but Kant derived them from reason, which other animal experiments demonstrate animals using. Hume appears in “Stand to Reason” too: you cannot derive an ‘ought’ from an ‘is’, it asserts. It is my feeling that my support for the woman’s right to choose derives from an empathetic emotional response to the woman’s need, and I then apply reason to justify that in argument. Kant opposed lying in all cases, regardless of anticipated consequences. (I know this because many non-philosophers like me find that view inexplicable, because we can imagine consequences we find revolting. Note the conflation of reason and emotion in that last sentence.)

For de Waal, morality is a sense of right and wrong that is born out of groupwide systems of conflict management based on shared values. All great apes manage conflict in this way.