I extended my performing range on Saturday night: for the first time, I had a props bag. Since you ask, my props were a pot of moisturiser, three bras, a lipstick, a credit card and a bunch of keys. I mixed my physical comedy with observational comedy- moaning about stuff, with only the slightest exaggeration- and had a few laughs. I performed topless before sixteen people.

I had no clear idea of what HAI was before going three years ago, and the “clothing optional” bit would have been too much for me but that I had camped in community with several of the people a week before, and liked and trusted them; and I had committed myself to be positive, having realised how negative I was, in the middle of that camp. We caress each other, and do exercises which you might do in a Tantra workshop or personal growth event. Now I can declare myself “sex positive” though still with a moral sense around sexual matters, and I have a better understanding of myself, my responses and other people. We show each other respect, and do not penetrate or orgasm. The aim is consciousness around sexual matters.

Clothing optional means that it is the individual’s choice, in the moment, and we are in the “Room of Love” mostly naked, with some in underwear or loose clothing. This past weekend, I delighted in the beauty of bodies, and the muscular and skeletal structure under the skin. 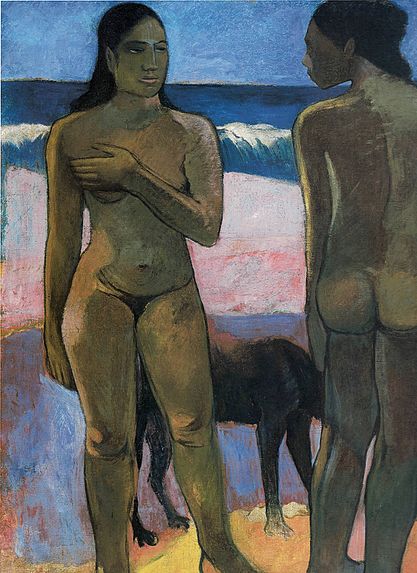 In one exercise, in groups of three, we took it in turns to ask one of the others if one could perform a particular action: may I hold your breasts? May I spank your bottom? May I kiss your lips? The other responded either yes, no, or “ask me something else”- if the response was “no”, the turn moved on. In another, one of a pair lay supine while the other approached to stroke or touch parts of the body: the one receiving could say yes, no, stop or please, to indicate boundaries: so we practised negotiating boundaries and asking, verbally and non-verbally. Previously, one response has been “maybe”- so we can also test the rules of the game. After, we shared how we felt: I strongly wanted to ask for something but forebore, because I did not want asking that to make me appear a certain way: I could state that in verbal sharing, but not while playing the game.

I have introduced HAI people to Quakers, who found each other lovely, open people, and would like to tell Quakers about HAI. I have told one or two, and not been judged for it, and I have met Quakers at HAI events. The problem is my residual belief in morality as a system of rules, rather than a mature human judgment moment to moment- one of those rules is something like nakedness in large groups must be strictly regulated. I want my judgment trusted, and fear it will not be. When I taste freedom, the benefits seem worth the risks.

Another exercise: having a choice of what to do, I affirmed myself- “I am highly intelligent”, “I am loving”- and after each affirmation three others said “Yes”. Which is a lovely experience. Try it.

It was lovely to spend time with old friends, and get to know people new to me.