is a pretty slip of a thing. She asked if the train went to Derby, I said I hoped so, and that I liked chatting on trains. She does too. We established that people make mistakes with both our names: she gets called Abigail, and I (ahem) Annabel, occasionally. I admired her beautiful cardigan, a patchwork of different coloured wool, some of it mohair. Either self-deprecatingly or boastingly, she says she got it in a charity shop near where she lives. I congratulate her.

She does not like the news, because it is all so negative. Everything on it is horrible. She saw a woman on “Benefits Street” who pawned the medal her daughter won in an athletics competition: “Where’s my medal?” “We can get tea tonight.” So she stopped watching it. This prompts The Sun Good News Challenge. I found it on the train, and was immediately irritated: a band has got into Britain’s Got Talent as a backhander, it trumpets. Tony Benn was a “rabble-rouser” and supporter of idiotic causes like feminism and disarmament. However, it reports on a primary school teaching mindfulness techniques to pupils: breathing and presence exercises. Hooray! A story in the Sun which pleased me! Though they nearly spoiled it, by ending with a quote from the “Campaign for Real Education”, calling this a waste of time. Annabel has bought the Sun once, for a calendar with pictures of the Royal Family including Prince George.

She works in something like credit control, only chasing up suppliers: sometimes there are problems with the supply chain, and she sorts them out. She has been there for six 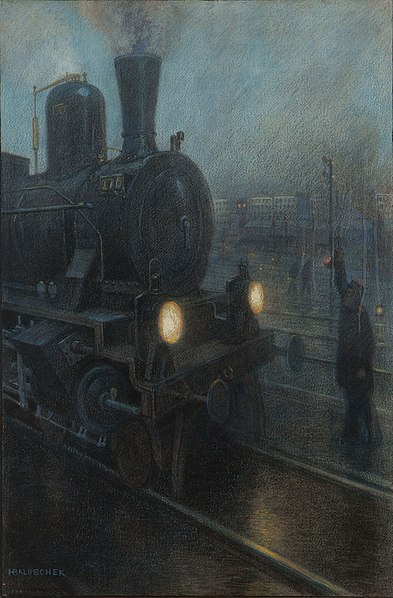 months. Before, she worked in a hotel. She liked talking to people. People in the office are really lovely. So why consume news at all? We learn how the world is from our experience of other people.

I notice that I am making all the conversation, and am abashed. “You do that very quickly,” she says, admiringly, as I do the futoshiki puzzle, so I explain it to her. It is just practice, I say, but she does not like puzzles.

No chat on the train to Swanston, though a couple:
-It’s not a club, it’s this funny social thing.
-Oh come on, guys, you’ve got to grow up sometime.
“Why?” I said. “It’s crap when you’ve grown up, I assure you.” This elicited laughter, but they went back to looking at their magazine. Later a snippet of conversation: “Having drugs isn’t a bad thing.”

And I found this wonderful sign in the loo. I have heard of fake signs in the Tube, though never seen one: making it look almost like a sign East Midlands Trains might exhibit may make it stay longer. Never flush your hopes and dreams.

Also visiting B was A, who is in the band Gibbet Hill. I said it was “listenable”, and she might have thought me dismissive: she explained she first was paid to go on stage aged 14, so that is a fifty year stage career, and because of contacts in the University music department the band has once supported Guns and Roses, and played various festivals. Relations are so poor that when S phoned to say that the hospital recommended fewer visitors, as too many could be stressful, J thought F was lying, and getting at her.