All this stuff about Arizona. Blogger wrote that comparing gay rights to civil rights was like comparing the Holocaust to a stubbed toe, and one of his commenters compared a gay commenter to Satan. Well- slavery then segregation were appalling, but so were legal persecution and homophobic violence. Quickly Googling, I found this Guardian article and commented with a link. One responded that the deaths are suicides, so “that doesn’t quite equate to the Holocaust”, and another that gangs are known for random acts of violence so the attack might have been for any reason.

Is it good news that people don’t often get murdered for being gay? In London, there has not been a homophobic murder since 2009/10. I read the words “transphobic murder” (one investigated in London in 2009/10) and feel a multitude of feelings, and I do not like it being compared to a stubbed toe. There are not many of us: fewer than three thousand gender recognition certificates have been issued, so one of us murdered gives a murder rate thirty times that of straights. I know it is too small a sample for accurate comparison- so?

Lower down the scale, in 2012/13 in London there were fifty transphobic and 1008 homophobic hate crimes reported. I think back to experiences: no, I did not report when that man tried to push me in front of a car. There was a scuffle on a pavement, with me and him as witnesses, and he did not succeed. My word is not proof beyond reasonable doubt, so such a case would get nowhere, not as far as the CPS, even if I could identify him; and I wanted to go home and calm down, not get something done about it. In surveys as opposed to crime reports, a trans woman might 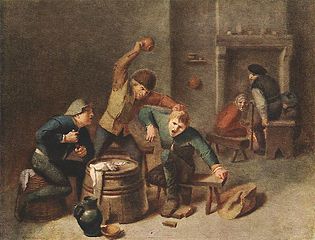 experience what is a crime once a week. My friend, knowing the streets better than I, insisted on ferrying me by car rather than let me use buses alone at night.

The British Crime Survey asks people their experience of crime, their confidence in the police and their sexuality. 0.7% in London say we are gay. That low percentage is because this is a doorstep survey and people do not wish to reveal their sexuality: the Government uses the figure 5-7% of the population. The BCS says that 57% of hate crimes go unreported, and one in fourteen LGB people experience violence each year, compared to one in 33 of the general population.

This is not like Russia with organised groups seeking out gay people to humiliate. It is a Civil Rights issue. It is not as bad as what black people suffered in parts of the US until the sixties; and that is no excuse for it. Seeking to diminish the violence against us is seeking to excuse it.