Open this fucking door, Now. If you don’t open this door I’ll fucking kick it in.

Well, I am glad it’s not my door, and glad it’s a woman’s voice as women tend to be less physically strong. A wronged lover? Shouting from outside, then from inside, recurred for about an hour. Next day, I saw my neighbour’s mother. “I don’t want to pry,” I lied. Well, I don’t just want to pry. “If there’s anything I can do, please let me know.” Her daughter Steph had been drinking for a couple of days, so they have taken her home for a bit. The mother was just there to pick up a few bits.

There’s a large dark bill board to walk past on my way to the Meeting house, from HM Revenue and Customs, in the same series as the one illustrated: just one eye, peering over something. The fact that the eye is female, young and attractive makes it more spooky. “If you’ve declared all your income you have nothing to fear.” If you’ve done nothing wrong you have nothing to fear is an authoritarian lie, since snoopers can see wrong in anything: the Revenue investigation of my brother-in-law found £7.43 in unpaid tax, but cost him £1000 in accountants’ fees, in about 1990.

In the dentist, all the surgery doors have radiation warning symbols, and the dentist gave me a radioactive source to take into my mouth. I saw the x-ray on his monitor, and wondered if they have found a new way of exploiting NHS payment regulations. He sold me yet another new design of tool to stick between my teeth and remove plaque, told me my gums were receding and inflamed, and arranged to see me again in six months. I went off clothes shopping, and found Dottie P. had closed, and the tiny Clarks’ shop stock seemed much poorer than usual: well, there are always the charity shops.

(Are flat brogues in, this season? My suspicion is that the Swanston Clarks’ has last year’s styles at full price.)

Quaker stuff. We decided to nominate M to Outreach Committee. He has enthusiasm and ideas, not all of which will work out, I think. He went to his first meeting, and wants to share his ideas with the Area Meeting Clerk (me) by email, as well as the committee. He phoned me to say that they seemed a little lacking in conviction. The best lack all conviction, while the worst/ are full of passionate intensity, I quoted. I did not say to him you have to sort it out among yourselves. I can’t get involved. Crikey, though unemployed I have a management problem. Then I got worked up about saying that to him but in such an indirect manner. Should I phone him back? Should I put it in an email? I want everything to be nice and everyone happy and working together and what if- 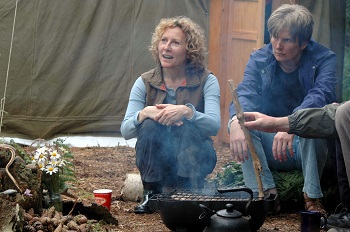 Then there was the Facebook at 10 film, which includes this photo, which shames me. Comment from U., feeling honoured to be in your review x, which wound me up far more because it still winds me up. I was pacing the floor, screaming, they could probably give me something to calm me down and I could get a job in Tesco, but I would rather be devoting all my gifts and intelligence to FINDING A WAY THROUGH THIS-

and F can scream, and be taken home and looked after

I want to scream and for someone, anyone, just to hear me.

Writing later: I threw a wobbly. I do that. I get that I cannot trust myself, my perceptions or my world, and this destabilises me. Five hours later I feel more stable if a bit fragile.

7 thoughts on “You have nothing to fear”