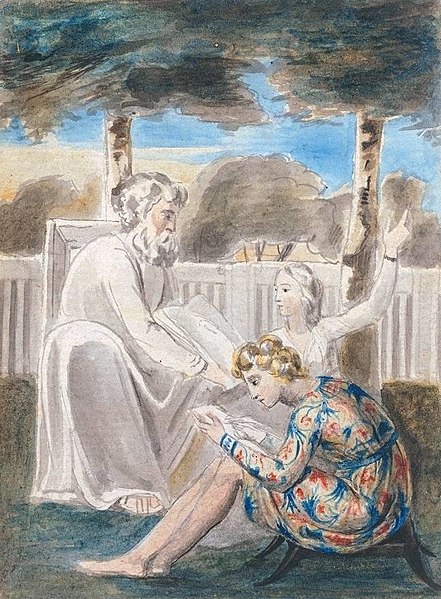 In a comment here, Coleman Glenn explains why, unless you see gay lovemaking as morally neutral, the “born that way” argument fails.

He is careful to say that he does not think homosexuality is anything like paedophilia, because paedophilia has a victim. He thinks gay sex harms those who practise it, though he does not say why. He says that “attraction to children” is classified as a mental illness in DSM5, and that arguably people are born with that orientation. But we who accept equal marriage would not accept that those attracted to children should act on their desires, and therefore for someone who believes gay sex is wrong, the “born that way” argument does not make it right. Let us debate other reasons why gay couples should be left in peace.

Well. Coleman is a Swedenborgian, and all I know of Swedenborg is that he was some kind of Christian whom William Blake despised- much of “The Marriage of Heaven and Hell” is against Swedenborg. As a Christian, Coleman would value “It is not good for the man to be alone” and “it is better to marry than burn”. So, when I say that gay people are born that way, I argue that the person to assuage my loneliness, or the person who could stop me burning, is one of my own sex. So the “born that way” argument should work against Christian objectors to gay people, which explains the energy they put in to trying to argue we are not, in fact, born that way.

“Born that way” should also work against atheist objectors, if there be any such: if from your own experience you believe it is better to be part of a couple than not, “born that way” shows that gay people form couples which are- gay.

The real problem with the “born that way” argument is that it gives credence to people bleating that there is something wrong with equal marriage, or that gay one night stands might in some way be worse than straight ones. No. Really, no. Come up with some moral argument, and I might engage. Bleat that gay sex is wrong or icky without such an argument, and I have better things to do with my time. The homophobe has failed the basic test of human empathy, so the “born that way” argument will not work on him or her.

Added, late: if you came here from Facebook, please let me know how the comment thread there went.

17 thoughts on “Born that way”