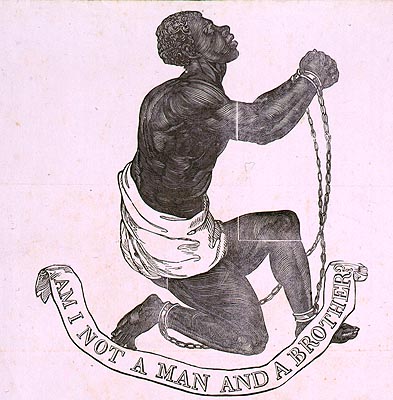 Let me introduce you to Dr. Thornton Stringfellow, D.D., and his work Scriptural and Statistical views in favor of Slavery, the fourth edition of 1856, made available by the University of North Carolina. After explaining how liberal American slave laws are, granting ownership only of the labour, not the person, of the slave, which is no more than indentured servants owe, Dr Stringfellow shows how the letter of the Apostle Peter clearly condemns the Abolitionist cause:

“But let none of you suffer as a murderer, or as a thief, or as an evil doer, or as a busy-body in other men’s matters.” Our citizens have been murdered–our property has been stolen, (if the receiver is as bad as the thief,)–our lives have been put in jeopardy–our characters traduced– and attempts made to force political slavery upon us in the place of domestic, by strangers who have no right to meddle with our matters. Instead of meditating generous things to our slaves, as a return for gospel subordination, we have to put on our armor to suppress a rebellious spirit, engendered by “false doctrine,” propagated by men “of corrupt minds, and destitute of the truth,” who teach them that the gain of freedom to the slave, is the only proof of godliness in the master. From such, Paul says we must withdraw ourselves; and if we fail to do it, and to rebuke them with all the authority which “the words of our Lord, Jesus Christ” confer, we shall be wanting in duty to them, to ourselves, and to the world. 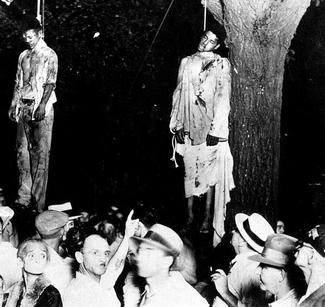 hat is, the slave-owners are the victims, and the true Christians, here.

Dr Stringfellow also finds Answers in Genesis: 9:25: Blessed be the Lord God of Shem; and Canaan [alleged ancestor of Africans] shall be his servant.

Then there are his statistical arguments. New England was colonised by Puritans, and the old Slave states of the South by Cavaliers, with a, well, cavalier attitude to faith; yet with similar population numbers, the South had almost twice as many churches! Further, the New England churches, which seat far fewer worshippers, cost much more. The Doctor questions the expenditure: Does it exhibit the evidence of humility, and a desire to glorify God, by a provision that shall enable all the people to hear the gospel? or does it exhibit the evidence of pride, that seeks to glorify the wealthy contributors, who occupy these costly temples to the exclusion of the humble poor? We must all draw our own conclusions.

No, Doctor, we must not. State plainly what you wish to say.

Everyone despises Dr Stringfellow now, and his  arguments are easily ridiculed. I loathe him: his victimhood was still spilling blood a hundred years later, and he has no Christian love for anyone outside his interest. So my exercise is to find something to admire in him. He has a wide knowledge of Scripture, and a careful way of layering point upon point: exemplary Evangelical argument. If you wanted to believe him, you could find him persuasive. He is standing up for his despised, suffering people: I hear his pain and hurt.

8 thoughts on “Scriptural and Statistical arguments for Slavery”