As we rub against each other, we get angry, and part of growing up is learning to deal with that anger. We have the expression, kicking the cat, to refer to relieving feelings by abusing a weak other.

Just after transition, I realised that I could be a cat to kick. The venom of people shouting in the street “It’s a fucking Bloke!” startled me. You don’t know me! I am completely harmless! But the pressure of all that to which the man cannot retaliate- his wife, his boss, a face-off in the pub, other drivers- comes out at me.

This is possibly the purpose of the Nigerian anti-gay Act, just signed by President Goodluck Jonathan. Ayo Sogunro explains here how that Act could adversely affect even homophobic straight Nigerians. It creates a category of human beings, at random, which it is lawful to hate. All of society (even us, the scapegoats) can relieve their anger at us queers. In Britain, “Mainstream” political parties like the Conservatives incite hate and fear of immigrants, and promise to limit and control them. Anyone with a foreign accent is suspect. This pollutes society. With an authorised hate-group, we can express our anger and get a taste for it. It makes us more powerless against the true target of our anger. It makes us more frightened, for surely others react in the same way we do: if I hate the Other, anyone I see in the street might hate me. It weakens us and drives us apart. 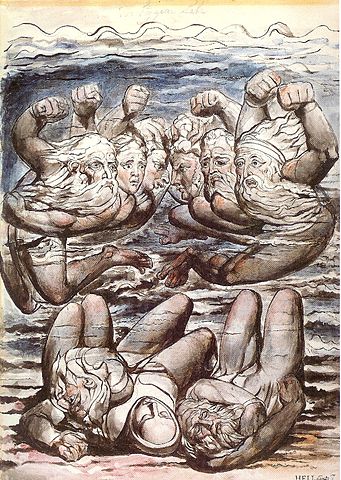 Kneeling in meditation last night, I found how angry I was at that moment, my monkey mind a cacophony of resentments, mostly things I could do nothing about.

In Mandela, the Myth and Me, a man explains how he saw a woman weep as Pinochet was on his death-bed, and he felt a wave of compassion for her- and he wanted her to know his pain at the death of Allende. He also says, what can forgiveness mean if a man has stolen my watch and he is still wearing it?

I could not show anger as a child, so could not admit it to myself, and I suppressed it, and it roiled inside me unconsciously, like an Id monster. Jesus’ answer is to Love My Neighbour. If I am conscious of my anger, and give it its proper place, it is less likely to flare out in the wrong direction.

10 thoughts on “Uses of Anger”