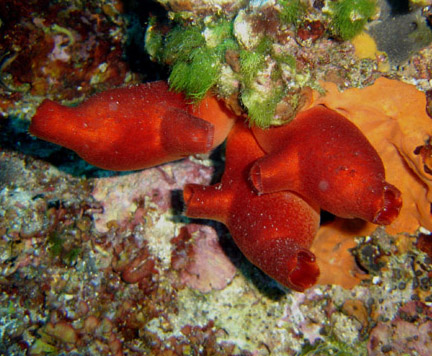 How could amphibians become reptiles, or egg-laying mammals become marsupials, or small shrew-like creatures become ruminants and carnivores? Evolution is the simple answer, and the mechanisms are being worked out. But not all the mechanisms are absolutely clear, and this is a way to attack “neo-Darwinism”.

Here is a New York Times article from 2007. Darwin proposed “natural selection” as a way for species to change between generations: the best adapted creatures survived and procreated, the less adapted creatures did not. Since Darwin, understanding has grown about how genes may mutate producing physical changes.

Concerns about the sources of evolutionary innovation and discoveries about how DNA evolves have led some to propose that mutations, not selection, drive much of evolution, or at least the main episodes of innovation, like the origin of major animal groups, including vertebrates.

How much can we generalise from particular observations? The NYT article expresses some of the questions scientists debate. I would read it and move on. But in November, Evolution News discovered this article and fell on it with delight, finding inklings of heresy on Darwinian evolution.

Um. The general idea holds, and more observations are made, and there is disagreement on how to interpret those observations. This is not “heresy”, a deviation from Revealed truth, but new knowledge, filling in the gaps.

Evolution News has two attacks on Darwinism which it backs up from the article. The first is Uniformitarianism: does evolution work, now, in the same way it did in the Cambrian? The NYT says how there is a network of genes which builds the gut in starfish. Most can be altered and the embryo compensates, but there are five which cannot be modified: change one, and no embryo forms. There is no reason to suppose these five did not evolve normally, but once they have evolved they lock evolution on a certain path.

There is a sudden change in the Cambrian from animals which absorb food through the skin to animals which form a tube through which food passes from mouth to anus. Thereafter, all descendants are tubes. Change back ceases to be an evolutionary option. Evolution News pushes this too far, claiming animals in the past developed in a manner entirely unlike anything in our present-day experience.

The second is abrupt changes in body plans. Evolution News misses out the information from the NYT that a complex eye may evolve from a simple eyespot in a few hundred thousand years. Twenty million years to evolve a spinal cord seems less unlikely. Thereafter, chordates- mammals, reptiles, amphibians, fish- cannot lose it.

After a study involving Wikipedia over two hours, I have established that Evolution News manages to crow that evolutionary biologists cannot explain how animal body plans arose unless they reject what scientific experiments have taught us about how organisms develop only by missing out relevant information and conflating distinct matters. “Not all the work has been done” says the scientist. “We disagree about certain issues.” “Ha! Evolution is Wrong!” shouts Evolution News, capering joyously.