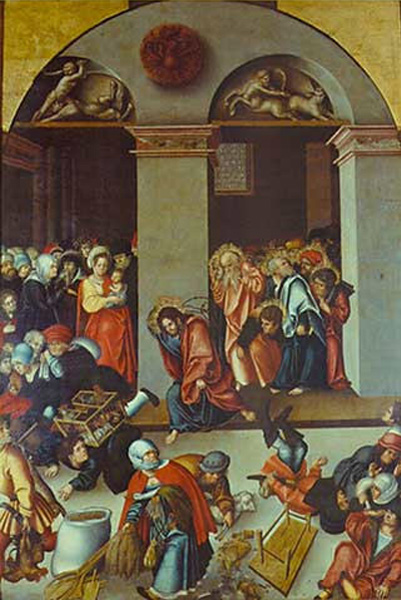 Leviticus is used as a moral argument against homosexuality. Specifically, it calls for men who lie with a man as with a woman to be stoned to death. Has this book any moral value at all?

It starts with commands to make particular sacrifices at particular times. The NRSV Access bible says its traditions were probably gathered in its current form after the exile in Babylon, and the New Jerome Biblical Commentary agrees that the first seven chapters present the sacrificial legislation of the Second Temple, built around 516BCE. With the end of the Monarchy, there was a need for a focus of unity and the identity of the nation. Sacrifice also atoned for sin: in one, on the Day of Atonement, the sins of the whole nation of the past year were taken away by the Scapegoat. It is reassuring that humans could have a way of becoming right with God; but all Christians would agree that these rules for killing and burning animals are no longer necessary. Christ’s sacrifice supersedes them.

Chapters 10-15 distinguish ceremonially clean from unclean things. Some of these are sensible: pork must be well cooked, or can give food poisoning, so in a peasant economy it might be better not to eat it at all. These rules also distinguish the Jews from the peoples around them. Therefore, the book gives them a sense of solidarity, and identity with a particular culture. But again, now God has called all these things clean and commanded Christians not to call them unclean.

There are two narrative passages. In Leviticus 10, Aaron’s sons Nadab and Abihu perform a sacrifice which God has not commanded. Fire issues out of the “presence of the Lord” and they die. Aaron is ordered not to mourn them. This illustrates an aspect of God. God is “abba“, Daddy, but also the Holy God, to be treated with respect. However as we are commanded to pray Our Father, and a father will not give his son a stone when he asks for bread, it is unlikely God kills those who worship incorrectly by blasting them with fire. This too is at least qualified, if not superseded. At 24: 10-16, the child of an Egyptian by an Israelite woman gets in a fight with an Israelite, and blasphemes God’s name with a curse. The whole community stones him to death. No Christian now argues we should stone people to death, though soi-disant Christians in Uganda, egged on by American extremists, seek the death penalty for homosexuality.

All of Leviticus is superseded, then, apart from that bit about men lying with men. The bit in the same chapter condemning sex during menstruation is never enforced.

There is one good bit. 19:18, “Love your neighbour as yourself”, which Jesus quoted. The book has historical value, and it had value for the community which obeyed it, 2500 years ago. It is no basis for any moral law, now.

I have extensively rewritten my page Gay Christians, added some lovely pictures, and reordered it so that the meanings of the passages are explained briefly, then links are provided to more detailed discussion. The new form should make it easier to add new links: if you would like to recommend any, please let me know.