Dad needed a wee sit down, and where better than facing these three?

First, Diana and Actaeon. The Goddess and her entourage are bathing, when a hunter stumbles upon them. Ovid recounts how she turned him into a stag, so that his hounds tore him to pieces. Ovid probably also answers my question- was it worth it?

Then Diana and Callisto. Jupiter seduced Diana’s nymph Callisto, and here her pregnancy is revealed. Juno, taking it out on the wronged woman rather than her husband, turned her into a bear, and Jupiter placed her in the sky.

In between is a copy by Poussin of The Feast of the Gods, which I cannot find on line, so here is the Bellini and Titian version: 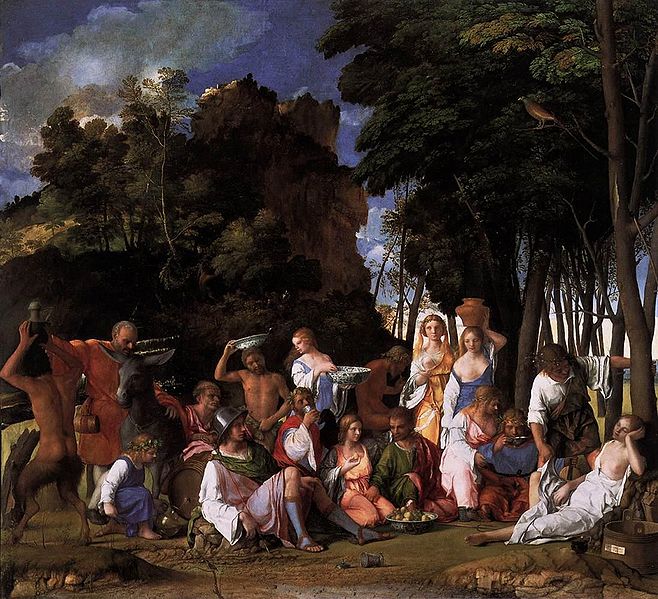 I am particularly interested in Cybele, because her priestesses were women sharing my idiosyncrasy.

Onwards, for The Kiss, on loan from the Tate. Francesca da Rimini, who later met Dante in the outer circle of Hell, kisses her lover.

This is just at the beginning. I note how her pelvis is turned away from him, but her legs dandle over his. The detail I notice is his left hand: rather than being on her skin, it is relaxed, and rests on the rock on which they sit.

They are taking it slowly. They have all the time in the world. For them, it was worth it. 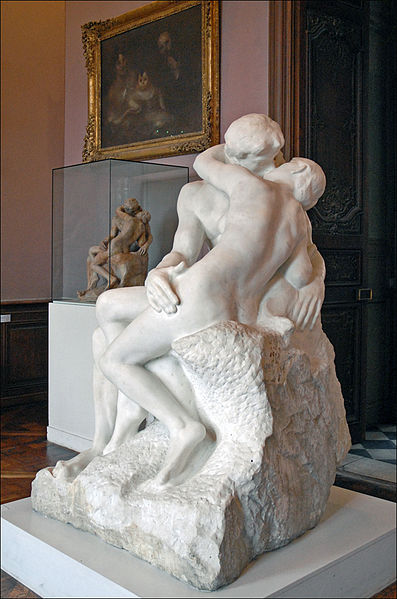