Terry went into the chapel, and I went towards the garden; but seeing a man in a workshop layering clay onto a bust, I went to join him. It is his first. He has come to the abbey on an icon-painting retreat before, and now he works on this head. He is sculpting Dietrich Bonhöffer, and is unsure about the eyes. I understand that the normal gap between eyes is the same width as the eye itself. “Oh, that’s useful, do you mind?” He holds his knife up close to my eyes, thumb out to measure it.

So attuned to Rules am I that I feel some apprehension when he refers to “Herbert” rather than “Brother Herbert”- Oh!. Yes, I suppose one could call him that.

The reading before Compline tells us to imagine a circle of compassion, and stand at the edge of it, so that there is no edge; stand with the outcast and the poor. Indeed, that is at the heart of Christian maturity- there is no out-group, no Bad people.

After Compline and meditation, Anthony says that he had just seen an email from a doctor, a friend of his, whom three years ago he had brought into the Church, who having learned of that Chinese child who had his eyes gouged out could no longer believe in God. How could a good God allow that? My answer is that there are human characteristics, without which we would be lesser- human drive and energy- which may be perverted to that. Anthony fears he will dream of that child. Oh, No! Dream of the circle of compassion.

Sam the sculptor’s answer is that of Etty Hillesum, 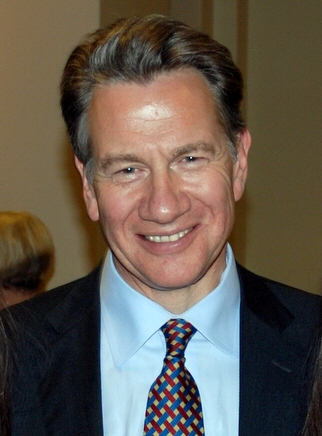 who pitied the Nazis who hated her and shouted and tried to make her ashamed and fearful; and threw a card from the train, “Tell them we went into the camps singing”. I think of a man who was walking in the station when someone jumped up on his back and slashed his forehead, just above the eyebrows, with a knife. He lost all trust in the world, and his life was ruined.

Brother Herbert says that originally monasteries sang all the psalms in a week, and now some miss parts out, such as Psalm 137. How can we sing of dashing a child against the stones? I know the strength of my own rage, though I tend to turn it inwards rather than outwards. I like to think that all of me, that rage included, is within that circle of compassion.

Sam’s friend is obsessed with Noah. He has been to Mount Ararat and measured rocks there, seeking evidence of the Ark, and believes that if such evidence could be found the Bible would thereby be proved. “We might think that ridiculous”, he says- well, of course, I would.

When we were talking of faces being asymmetrical, people being asymmetrical, I thought of Michael Portillo. Narrating a TV programme, he said he had known his face was asymmetrical as a child, and when he talked of it his voice shook. He had known this as an ugly defect, though it does not appear striking in him, particularly. What pain someone can endure from childhood!

A preacher should say nothing he would be ashamed to say in the presence of burning children, said Sam. He is ordained. He left his project working with children who had been groomed and raped in Keighley, children whose lives were ruined, to write a PhD on Dietrich Bonhöffer; and now is sculpting him.

“Post-modernism started in the camps- its doubt and cynicism,” he said. Um. To me Post-modernism is liberation, leaving behind the One Interpretation of any object or work, or the intention of the artist, and indeed the One Truth- democratising it so everyone’s interpretation has value. We discussed how drawing someone, or sculpting them, helps us to see them more clearly.

Why would we tell the story of Noah to small children? Violet, an atheist, has been having fun with it: the story shows God is an idiot for creating such a wicked world, and a monster for killing everyone. Perhaps that is the point: this is a cruel world, where ghastly things happen to good people, and everyone getting wiped out is an illustration of that. Then God calls Noah, and saves him and his family: those who obey God will be saved. And there I dislike it: Etty Hillesum died in Auschwitz; though it killed only her body, and her spirit and example live on. It is one side of Christianity- sheep and goats, damned and saved, Good and Bad, in and out, rejecting that Circle of Compassion where everyone must be brought in. If we can know the cruelty of existence from early childhood, then nuns can operate Magdalen laundries happy in the knowledge that they serve God.

The image of the animals two by two is strange and lovely.