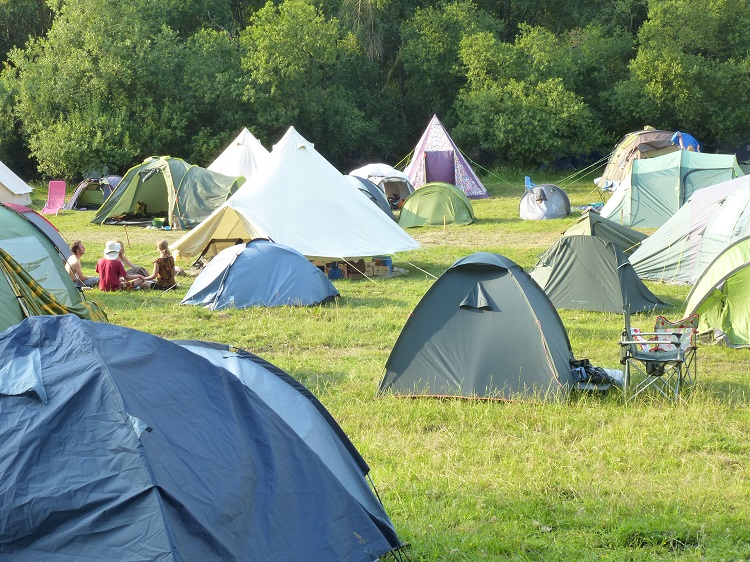 After a hot and sweaty ceilidh,

I am standing outside the marquee with my wig in my hand, and a small girl approaches me. She could not be more than six.

“Put it on,” she says, definitely, imperatively. “Now, a boy might kiss you.” She turned away, leaving me, well, awestruck.

“41 is a prime number” announced a high, clear voice. How old is he? I asked his aunt Lucy, whose tent was near mine. I had approached her for a chat, and we had chatted easily of life and stuff. She spent days cycling here. “Five in three months’ time,” she said. “His father’s a mathematician.”

When I told that to R, she disapproved: we pump children so full of information, nowadays. Though she was reading very early. I was impressed at his ability to take in such a complex concept. Earlier I had watched him climb onto the canvas of the bell tent, stretching the guy ropes. Initially he was leaning on the guy, then straddling it, then finally climbing on the canvas, looking over at Lucy and me, three yards away. When he was lying on the canvas, feet off the ground, she told him authoritatively not to climb on it. She explained she needed to sleep there, and did not want the tent pulled down. And when he reached out to touch the guy rope, later, looking over at her, she told him not to. “I wasn’t climbing on it,” he said. No, but we need to sleep there.

Boundaries tested, boundaries stated, all beautifully done. How difficult to raise a child! I still don’t feel ready for that effort. It feels that my emotions would be too quickly engaged in the No. As I had breakfast at my tent, I listened to a man tell his son The Truth, addressing him as “Son”- the fatherly fount of wisdom- and then saw that the boy had indeed gone to lie in the sleeping-place as threatened, and the father had to tell his wife The Truth. And she told him The Truth.

Then there was Finch, whom I saw in his sling, and wondered at how small he is; then we knelt in the women’s space tent for a workshop, and cooed over him. Hands! Toes! Face! He was seven days old when the camp started. So tiny! He was eight pounds when he was born, a good weight- but babies grow so quickly, one rarely sees one that young.

They’re all boy, aren’t they? I said, admiring, and we talked of how difficult that can be. In a workshop, the facilitator referred once to choosing a partner and working with “him or her”. At the end, when she asked for “challenges”, I said this challenged me, as it excluded me. I am both, and neither. We talked of it, after. I think I let her off too lightly- gender binary is all-pervasive in our culture, and I was at pains to point out that it was not her I objected to, but the cultural assumption, and that her workshop was wonderful. I did not make clear enough that dividing people into “man” and “woman” oppresses both, and that anyone may choose to distance self from it.