In 1560, as the Queen of Scots was pursuing her French interests, the people of Scotland reformed their Church (with English military assistance); and so it was a Presbyterian church, with diffused, local if not democratic, church government. King James VI looked to England with envious eyes, and in 1584, aged 18, imposed bishops on the church, so as to control it. The Presbyterians held their General Assembly in Aberdeen, and James declared all who attended it traitors. For him, the law of treason concerned personal loyalty to himself, and anything which might interfere with his personal control was treasonable.

In 1689 William of Orange and his wife Mary Stuart became monarchs of Scotland, and probably William would have liked an Episcopal church too, the better to control it. However the then Bishops had nice scruples about their oaths of loyalty to James VII, and told the new King they would serve him “as far as law, reason and conscience will allow”. So he reinstated Presbyterian church government, and in the “Rabbling of the Curates” most Episcopalian ministers were turned out of their churches.

In 1745, the Episcopal church supported Prince Charles Edward Louis John Casimir Sylvester Severino Maria Stuart in the Jacobite uprising, leading to further legal suppression by the Hanovarians. In 1784, as the Anglican church in the United States had no bishops, and no English bishop would ordain one, Samuel Seabury came to Scotland to be ordained, and therefore the Anglican church in the US took the name Episcopal.

Probably fifty Sundays a year I would worship in the Episcopal church until I moved to England, where I went to my local parish church. I was brought up with a peculiarly grovelling Confession:

We acknowledge and bewail our manifold sins and wickednesses, which we from time to time most grievously have committed by thought, word, and deed, against thy Divine Majesty… The rememberance of them is grievous unto us; the burden of them is intolerable…

We do not presume to come to this thy Holy Table, O merciful Lord, trusting in our own righteousness, but in thy manifold and great mercies. We are not worthy so much as to gather up the crumbs under thy table: but thou art the same Lord, whose property is always to have mercy. Grant us therefore, gracious Lord, so to eat the flesh of thy dear Son Jesus Christ, and to drink his blood, that our sinful bodies may be made clean by his most sacred body, and our souls washed through his most precious blood, and that we may evermore dwell in him and he in us.

That change, from the grovelling to the assertion of God within each human being, is breathtaking. But I noticed that, getting ready to go to church as a child, I was particularly unpleasant to my sister, seeking out arguable moral grounds why I was more moral than she, in order to gain points. I noticed it, and I still did it. The appearance of goodness was far more important to me than its reality. My father still worships with this 1929 Scottish liturgy, though a new form was instituted in 1982. Scots Piskies can be so conservative. I have checked the text, but I wrote most of the above quotation from memory.

We lived in this strange moral universe, continually bewailing sin even if feeling quite righteous, actually, but with a God whose “Property”, or nature, was “always to have mercy”. Always. 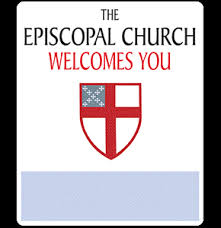 And yet, though now a Quaker, I still call myself a Pisky, because of such people as John Shelby Spong and Marcus J Borg- the latter’s striking arguments that a Biblical Christian is a Liberal, not Evangelical, Christian delight me. And in Scotland, Richard Holloway, former Bishop of Edinburgh, and Derek Rawcliffe, former Bishop of Glasgow and Galloway, the first Anglican bishop to disclose publicly that he was gay, in 1995 (after he had retired).

“Whose property is always to have mercy”- il est son métier. I am so glad to have returned to these prayers.  The original reason I quoted them was a talk with a “Recovering Catholic”, who disparaged the grovelling as harmful. But there is a much wider moral picture here: it is true that we all fail, all the time, but forgiveness is available from the ground of our being.